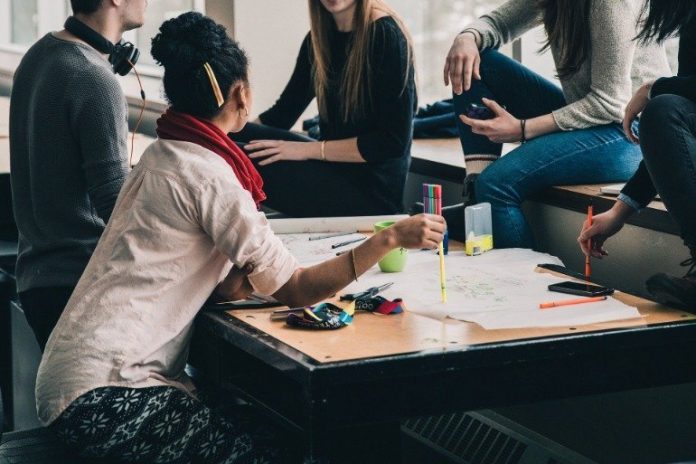 Summary: Even when people adjust their view as a result of social influence, their brain activity shows traces of prior disagreements.

Scientists at HSE University have learned that disagreeing with the opinion of other people leaves a ‘trace’ in brain activity, which allows the brain to later adjust its opinion in favour of the majority-held point of view. The article was published in Scientific Reports.

We often change our beliefs under the influence of others. This social behavior is called conformity and explains varios components of our behaviour, from voting at elections to fashion trends among teenagers.

Brain research has recently well informed about short-term effects of social influence on decision making. If our choice coincides with the point of view of the people who are important to us, this decision is reinforced in the brain’s “pleasure” centres involved in the larger dopaminergic system responsible for learning, motor activity and many other functions. Conversely, in instances of disagreement with others, the brain signals that a ‘mistake’ has been made and triggers conformity.

However, there is little study of how social influence affects brain activity once some time has passed after we have formed an opinion and learned of the opinion held by others. HSE neuroscientists decided to study whether the opinion of others causes long-term changes in brain activity. The scientists used magnetoencephalography (MEG), a unique method that allows you to see in detail activity of the human brain during information processing, and it has a temporal resolution higher than that of traditional fMRI.

At the beginning of the experiment, 20 female participants rated the degree to which they trusted strangers whose faces were depicted in a series of photographs. They then were informed about the collective opinion of a large group of peers on whether to trust these strangers. Sometimes the opinion of the group contradicted the opinion of the participants, and sometimes it coincided with it. After half an hour, the subjects were asked to reassess their trust to the same strangers.

The study showed that the participants changed their opinion about a stranger under the influence of their peers in about half of the cases. In addition, changes occurred in their brain activity: scientists discovered ‘traces’ of past disagreements with peers. When the subjects again saw the face of a stranger, after a split second, their brain signaled that last time their personal opinion did not coincide with the assessment given by their peers. Most likely, the fixation of this signal allows the brain to predict possible conflicts in the future arising from disagreements in order to avoid them, and this probably occurs subconsciously.

It is interesting that an area such as the superior parietal cortex, an area of the brain responsible for retrieving memories, is involved in coding the signal of past disagreements with the group. It is likely that the faces of strangers, about whom the brain encountered a difference of opinion, are remembered better than others.

‘Our study shows the dramatic influence of others’s opinion on how we perceive information,’ says HSE University Professor Vasily Klucharev, one of the authors of the study. ‘We live in social groups and automatically adjust our opinions to that of the majority, and the opinion of our peers can change the way our brain processes information for a relatively long time.’

‘It was very interesting to use modern methods of neuro-mapping and to see traces of past conflicts with the opinion of the group in the brain’s activity,’ adds Aleksei Gorin, a PhD student at HSE University. ‘The brain absorbs the opinion of others like a sponge and adjusts its functions to the opinion of its social group.’

Original Research: Open access.
“MEG signatures of long-term effects of agreement and disagreement with the majority” by A. Gorin, V. Klucharev, A. Ossadtchi, I. Zubarev, V. Moiseeva & A. Shestakova. Scientific Reports

People often change their beliefs by succumbing to an opinion of others. Such changes are often referred to as effects of social influence. While some previous studies have focused on the reinforcement learning mechanisms of social influence or on its internalization, others have reported evidence of changes in sensory processing evoked by social influence of peer groups. In this study, we used magnetoencephalographic (MEG) source imaging to further investigate the long-term effects of agreement and disagreement with the peer group. The study was composed of two sessions. During the first session, participants rated the trustworthiness of faces and subsequently learned group rating of each face. In the first session, a neural marker of an immediate mismatch between individual and group opinions was found in the posterior cingulate cortex, an area involved in conflict-monitoring and reinforcement learning. To identify the neural correlates of the long-lasting effect of the group opinion, we analysed MEG activity while participants rated faces during the second session. We found MEG traces of past disagreement or agreement with the peers at the parietal cortices 230 ms after the face onset. The neural activity of the superior parietal lobule, intraparietal sulcus, and precuneus was significantly stronger when the participant’s rating had previously differed from the ratings of the peers. The early MEG correlates of disagreement with the majority were followed by activity in the orbitofrontal cortex 320 ms after the face onset. Altogether, the results reveal the temporal dynamics of the neural mechanism of long-term effects of disagreement with the peer group: early signatures of modified face processing were followed by later markers of long-term social influence on the valuation process at the ventromedial prefrontal cortex.

The ‘Runner’s High’ May Result From Molecules Called Cannabinoids – The Body’s Own Version...