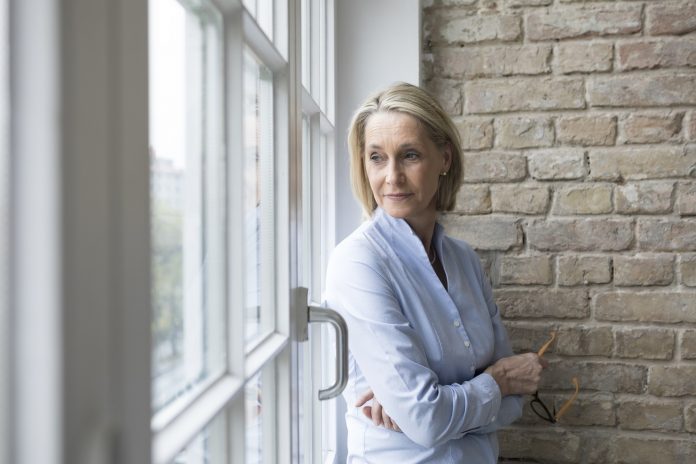 In the United States, Alzheimer disease (AD) is among the top 10 leading causes of mortality. In 2014, approximately 5 million Americans had AD, a statistic which is projected to increase to 14 million by 2060.1

Patients with AD often present with affected cognitive and global function, with symptoms including memory loss, behavioral and personality changes, and other cognitive difficulties.2 As the number of cases continues to rise, both physicians and patients wonder: What potential treatments may be efficacious?

A phase 2 study by Bowen et al has indicated that leuprolide slowed functional and cognitive decline in a group of women with mild to moderate AD also receiving donepezil, an acetylcholinesterase inhibitor.3,4

We interviewed Dr Tracy Butler, MD and an associate professor at Weill Medical College of Cornell University, to learn more about the Leuprolide Plus Cholinesterase Inhibition to Reduce Neurological Decline in Alzheimer’s (LUCINDA) trial (ClinicalTrials.gov Identifier: NCT03649724), a 3-site, phase 2, randomized, double-blind, and placebo-controlled study of leuprolide acetate treatment in women with AD receiving a stable dose of donepezil. Study researchers are currently seeking to evaluate the efficacy of a 48-week leuprolide regimen compared to placebo on global and cognitive function, as well as neuroimaging biomarkers.5

What are the relevant potential clinical implications of this study’s findings?

Tracy Butler, MD: The LUCINDA trial aims to repurpose an existing medication – leuprolide acetate – to treat women with AD. Leuprolide is already approved for several indications including prostate cancer and endometriosis in adults and precocious puberty in children. By repurposing an existing medication with an established safety profile, we can build upon extensive previous research and development efforts, reducing the time frame and costs of making a new AD therapy available to patients.

While results of the trial are not yet available, we are hopeful that leuprolide plus donepezil will reduce or halt cognitive and functional decline in women with mild to moderate AD.

How has the current study built on the findings of the previous phase 2 study (Bowen et al, 2015) regarding the use of leuprolide with cholinesterase inhibitors in patients with AD?

Dr Butler: The previous study of leuprolide for women with AD (Bowen et al, 2015) met its endpoints (preserved cognition and function) only in the subgroup of [patients] who were also [receiving] donepezil. Because this was a prespecified subgroup analysis including over 70% percent of [patients], subgroup results must always be interpreted with caution. LUCINDA was designed to replicate and extend these promising subgroup results by requiring that all [patients receive] donepezil, and adding neuroimaging and blood biomarkers to help clarify the mechanism of synergy between leuprolide and donepezil.

What have findings using neuroimaging and plasma biomarkers suggested regarding the mechanisms of action of leuprolide in AD?

Dr Butler: While we do not yet have any results from this trial, we believe one of leuprolide’s several mechanisms of action in AD may involve reducing inflammation. We are therefore measuring cytokines and [C-reactive protein] levels in blood.

Leuprolide’s other main mechanism of action relates to its ability to block luteinizing hormone (LH). In animal models of aging and AD, LH is a potent mitogen that initiates the abortive re-entry of postmitotic neurons into the cell cycle leading to amyloid production and deposition, tau phosphorylation, nuclear hypertrophy, and cell death.

Can you further discuss LH modulation of amyloid precursor processing in AD?

Dr. Butler: My colleague and co-[principal investigator], Dr Craig Atwood at University of Madison, Wisconsin, has shown in several animal studies that LH does not affect [amyloid precursor protein] (APP) production, but does alter APP processing toward the amyloidogenic pathway, suggesting that increased LH at menopause contributes to [amyloid beta] deposition. Leuprolide reduces LH, and this is considered its main mechanism of action in AD.

What limitations have been identified in this trial?

Dr Butler: Because we do not yet have results, it is hard to identify limitations. The [coronavirus disease 2019] (COVID-19) pandemic has postponed the start of the study and is a major obstacle to enrollment for this and many other clinical trials enrolling older [participants]. We are working hard to minimize risk [of participant] COVID-19 exposure by several methods. We are conducting study activities remotely when feasible, making essential study visits as short as possible, conducting frequent facility deep-cleaning in accord with expert guidelines, and wearing masks with clear panels to protect [participants] and staff without compromising communication, which in cognitive impaired [patients] can depend on visual facial cues.

What further research is needed in this area?

Dr Butler: LUCINDA enrolls women with mild to moderate AD. If the trial proves successful, we would like to extend this line of research to presymptomatic [individuals] to see if cognitive decline can be prevented.

We would also like to extend this study to men.  The current trial is limited to women in part because [gonadotropin-releasing hormone] analogs, like leuprolide, almost have no negative effects in postmenopausal women because sex hormone levels are already low. In contrast, in men, leuprolide reduces testosterone, which is considered to have beneficial effects on cognition.  Therefore, in men, we might consider testosterone add-back therapy along with leuprolide and donepezil.

1. Centers for Disease Control and Prevention. What is the burden of Alzheimer’s disease in the United States? Updated June 2, 2020. Accessed January 14, 2021. https://www.cdc.gov/aging/aginginfo/alzheimers.htm

How Robots Learn to Hike

a home-based trial of zoledronic acid to prevent fractures in neurodegenerative parkinsonism » Department...

Is the Teleneurology Exam Effective?