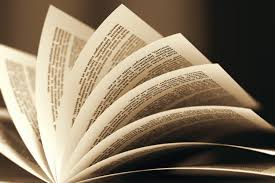 Cerebral representations are encoded as patterns of activity involving billions of neurons. Parallel distributed processing (PDP) across these neuronal populations provides the basis for a number of emergent properties: 1) processing occurs and knowledge (long term memories) is stored (as synaptic connection strengths) in exactly the same networks; 2) networks have the capacity for setting into stable attractor states corresponding to concepts, symbols, implicit rules, or data transformations; 3) networks provide the scaffold for the acquisition of knowledge but knowledge is acquired through experience; 4) PDP networks are adept at incorporating the statistical regularities of experience as well as frequency and age of acquisition effects; 5) networks enable content-addressable memory; 6) because knowledge is distributed throughout networks, they exhibit the property of graceful degradation; 7) networks intrinsically provide the capacity for inference. This paper details the features of the basal ganglia and thalamic systems (recurrent and distributed connectivity) that support PDP. The PDP lens and an understanding of the attractor trench dynamics of the basal ganglia provide a natural explanation for the peculiar dysfunctions of Parkinson’s disease and the mechanisms by which dopamine deficiency is causal. The PDP lens, coupled with the fact that the basal ganglia of humans bears strong homology to the basal ganglia of lampreys and the central complex of arthropods, reveals that the fundamental function of the basal ganglia is computational and involves the reduction of the vast dimensionality of a complex multi-dimensional array of sensorimotor input into the optimal choice from a small repertoire of behavioral options — the essence of reactive intention (automatic responses to sensory input). There is strong evidence that the sensorimotor basal ganglia make no contributions to cognitive or motor function in humans but can cause serious dysfunction when pathological. It appears that humans, through the course of evolution, have developed cortical capacities (working memory and volitional and reactive attention) for managing sensory input, however complex, that obviate the need for the basal ganglia. The functions of the dorsal tier thalamus, however, even viewed with an understanding of the properties of population encoded representations, remain somewhat more obscure. Possibilities include the enabling of attractor state constellations that optimize function by taking advantage of simultaneous input from multiple cortical areas; selective engagement of cortical representations; and support of the gamma frequency synchrony that enables binding of the multiple network representations that comprise a full concept representation.