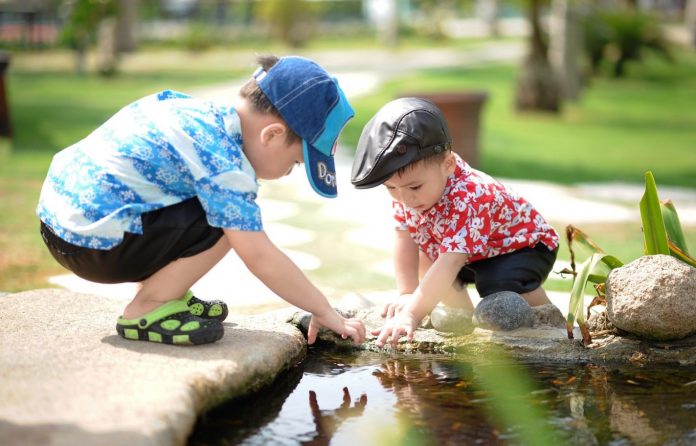 Summary: Researchers propose new methods of how to study the stages children go through when they choose to play with one another.

How to study the stages children go through as they play together has been highlighted in new research by a Swansea University academic.

Play is a crucial part of a child’s development. It is how children develop cognitive skills and learn new information as well as social skills and it is an important topic of research by social scientists.

Dr Pete King, who specialises in play and childhood studies, devised a method of studying the process of children’s play – the Play Cycle Observation Method (PCOM) – and has now published research which demonstrates how effective it is as an observational tool.

Working with collaborators Professor LaDonna Atkins and Dr Brandon Burr, his latest study put the PCOM to the test in real time by watching three-year-olds at play using an observation booth at the University of Central Oklahoma’s Child Study Centre.

Dr King, senior lecturer at the College of Human and Health Sciences, said: “The PCOM focuses on the process of play and initially it was piloted using a video of children playing. We were able to show it could be used effectively in that situation, where the observer is able to pause or rewind to take a closer look at the children’s activity.

“However, this is not an option when observing children in real time so how reliable would the PCOM be in those circumstances? This question formed the basis of our research paper.”

He explained that the PCOM focuses on the process of play and the Play Cycle, the term used by play professionals to observe and understand play. The cycle can be broken down into several distinct phases – pre-cue, play cue, play return, play frame, flow and annihilation.

The play cue, either verbal or non-verbal, is an invitation to play from a child while the play return is another child’s response. The play frame is the physical or imagined boundary that keeps the Play Cycle intact and annihilation is when play has finished.

For this study two members of the research team acted as the independent observers with no experience of using the PCOM. They watched play from the booth and used specifically designed observation sheets to quantitatively record play cues, play returns and Play Cycles. These sheets also collected qualitative data of play frames, annihilation and the role played by adults in the Play Cycle.

The observers watched the same ‘target child’ at the same time, each carrying out their observation simultaneously, without any discussion or comparison. This was repeated for 11 separate observations of different children. The data was then collected and analysed by a third member of the team.

Their findings have just been published in the Journal of Early Childhood Research.

Dr King said: “We proved that by focusing on the process of play, the PCOM is very child-centred and child-led observational tool. It is not restricted to a type of play such as pretend or social, so offers the opportunity to observe all types of play.

“The benefit of the PCOM is that it not only shows how we can support the various stages of children’s play, but it can also be used by the student learning about play and the professional practitioner in respect of reflective practice. In addition, the PCOM is a useful training tool for trainers and lecturers teaching play.”

About this child development research news

The Play Cycle Observation Method (PCOM) is an observational tool developed to focus on the process of play and has shown good reliability when watching videos of children playing. This study piloted use of the PCOM in ‘real time’ in a pre-school setting where 3-year-old children play. The results from two independent observers not familiar with the concept of the Play Cycle or the PCOM found good inter-rater reliability using Cohen Kappa (k) when observing play cues to form play cycles, as well as observing play cues within established play cycles. In addition, the recording of the nature of the play cues and play returns, the play frame and how the play cycle finishes (annihilation) were shown to be consistent between the two inter-rater observers. The results of this pilot study indicate the PCOM can be used as an observational tool to record the process of play by both students and practitioners working in a range of contexts including playwork, childcare, early years and statutory education. The PCOM can also be used as a teaching and training aid for trainers and lecturers.

Fine-Tuning Motivation in the Brain

A Profile of Mad in Norway