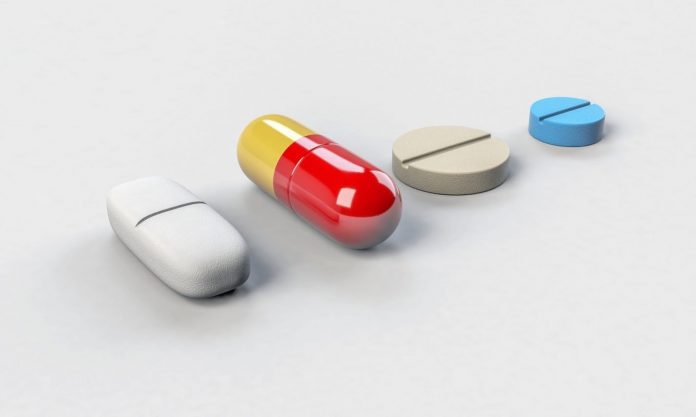 Summary: While England has only seen a moderate rise in people being diagnosed with psychosis in recent years, prescription rates for antipsychotic medications have doubled.

England has seen a modest rise in psychotic symptoms in recent years, while antipsychotic medication use doubled over the same period, according to a study by UCL and City, University of London researchers.

The findings, published in Schizophrenia Research, clarify that a previously-reported rise in psychosis rates is partly, but not entirely, due to changes in prescription rates, as symptoms themselves are increasing as well.

The researchers found that antipsychotic medication use approximately doubled between 2007 and 2014, from an estimated 0.5% to 1.2% of people in England. The proportion of people reporting psychotic symptoms, such as hallucinations and paranoia, increased from 5.6% in 2007 to 6.8% in 2014.

The study used data from over 20,000 people representative of the general population in England. Participants took part in one of three household surveys in 2000, 2007, and 2014. While equivalent data is not yet available for more recent years, NHS data going up to 2017 suggests that prescriptions of antipsychotics continued to increase beyond 2014.

Some of the more common experiences identified in 2014 included hearing voices (1.3% of people surveyed), or feeling that people were plotting to cause them harm (almost 2%). Experiencing some of these would not necessarily warrant a diagnosis of a psychotic disorder, and antipsychotic medication would not always be required.

Lead author Dr Natalie Shoham (UCL Psychiatry) said: “The reasons for the disproportionate increase in antipsychotic medication use are difficult to explain. It might be because more people are being treated successfully for distressing symptoms, or that the medications are being used for other reasons, for example to treat depression or as anti-sickness medications.

“These figures also may reflect an over-medicalisation of psychotic symptoms. Some people might be taking these medications for longer, or people with relatively minor symptoms might be more likely to be prescribed antipsychotics. Given the significant side effects of antipsychotics, it is important that prescriptions are reviewed regularly and that the impact of increased prescribing is carefully considered.”

Possible reasons for the increase in psychotic symptoms include greater stress caused by the economic recession or changes in recreational drug use such as a rise in typical THC levels in cannabis.

Co-author Sally McManus (City, University of London) said: “While the increase in the prevalence of psychotic symptoms in the population was small, it was significant and unexpected. Clinicians should be aware of this rise and prepared to ask patients about such symptoms. It is important that in the context of the COVID-19 pandemic the range of mental health needs of the population – beyond anxiety and depression – are not overlooked.’’

A gradual reduction in stigma could potentially also make people more comfortable disclosing psychotic symptoms. The researchers say it is also possible that an increase in survival rates for people with psychosis, who face a large but shrinking mortality gap compared to other people, could also increase the numbers of people who experience psychotic symptoms over time.

The researchers say the increase in antipsychotic prescriptions could also be preventing an even steeper rise in psychosis symptoms, if people are now more likely to access effective treatment to reduce their symptoms.

Temporal trends in psychotic symptoms: Repeated cross-sectional surveys of the population in England 2000–14

The number of antipsychotic prescriptions dispensed annually in England has increased substantially over the past decade. It is not known whether this is due to changes in prescribing practices, or an increase in the prevalence of psychosis. To our knowledge, no previous studies have investigated temporal trends in prevalence of psychotic symptoms in non-clinical populations.

While the rates of antipsychotic prescription doubled between 2000 and 2014, the odds of having psychotic symptoms rose only slightly. The reasons for this warrant further investigation.