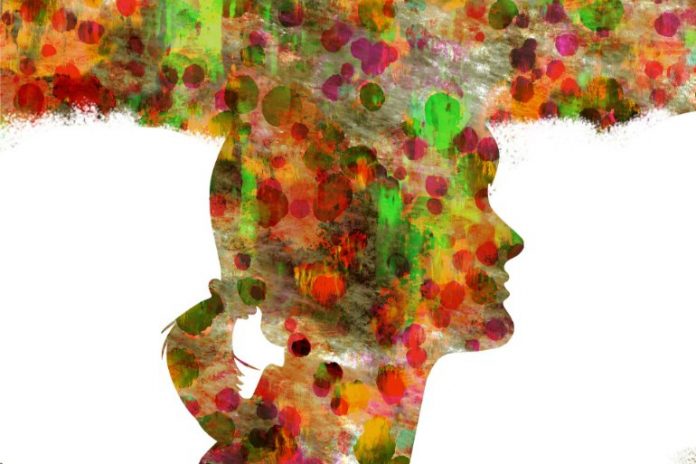 Summary: Study reviews differences in cognitive processes between atheists and those who believe in a deity.

The cognitive study of religion has recently reached a new, unknown land: the minds of unbelievers. Do atheists think differently from religious people? Is there something special about how their brains work? To illustrate what they’ve found, I will focus on three key snapshots.

The first one, from 2003, is probably the most photogenic moment of “neuro-atheism”. Biologist and atheist Richard Dawkins travelled to the lab of Canadian neuroscientist Michael Persinger in the hope of having a religious experience. In this BBC Horizon film, God on the Brain, a retro science-fiction helmet was placed on Dawkins head. This “god helmet” generated weak magnetic fields, applied to the temporal lobes.

Persinger had previously shown that this kind of stimulation triggered a wide range of religious phenomena – from sensing the presence of someone invisible to prompting out-of-body experiences. With Dawkins, though, the experiment failed. As it turned out, Persinger explained, Dawkins’ temporal lobe sensitivity was “much, much lower” than is common in most people.

The idea that the temporal lobes may be the seat of religious experience has been around since the 1960s. But this was the first time that the hypothesis was extended to explain the lack of religious experience based on the lower sensitivity of a brain region. Despite the exciting possibility of testing this hypothesis with a larger sample of atheists, it remains to be done.

The second snapshot takes us to 2012. Three articles published by labs in the USA and Canada presented the first evidence linking an analytical, logical thinking style to unbelief. Psychologists have been theorising about different ways that brains process information for a long time: conscious versus unconscious, reflective versus experiential, analytical versus intuitive. These are linked to activity in certain brain areas, and can be triggered by stimuli including art. The researchers asked participants to contemplate Rodin’s famous sculpture, The Thinker, and then assessed their analytical thinking and disbelief in god. They found that those who had viewed the sculpture performed better on the analytical thinking task and reported less belief in god than people who hadn’t seen the image.

In the same year, a Finnish lab published the results of a study where their scientists tried to provoke atheists into thinking supernaturally by presenting them with a series of short stories and asking if the punchline was a “sign of the universe” (interpreting something as a “sign” is more supernatural than interpreting something as, for example, a coincidence). They did this while scanning their brains using functional magnetic resonance imaging (fMRI). The more the participants suppressed supernatural thinking, the stronger the activation of the right inferior frontal gyrus was. We know this area is involved in cognitive inhibition, an ability to refrain from certain thoughts and behaviours.

Together, these studies suggest that atheists have a propensity to engage more in analytical or reflective thinking. If believing in gods is intuitive, then this intuition can be overridden by more careful thinking. This finding certainly raised the possibility that the minds of atheists are simply different from those of believers.

So how robust are the findings? In 2015, a “replication crisis” hit the field of psychology. It turned out that the results of many classic studies couldn’t be achieved when running them again. The psychology of religion and atheism was no exception.

The experiment with Rodin’s Thinker was the first to be investigated. Three new studies were conducted with larger samples than the original — and they all failed to replicate the original results. With one sample, they found the very opposite: contemplating the Thinker increased religious belief.

One possible limitation with the original studies is that they had all been undertaken in the USA. Could culture act in such a decisive way that the analytical cognitive style associated with atheism in one country might be nonexistent elsewhere? The author of the original Rodin study attempted to answer this in a new study which included individuals from 13 countries. The results confirmed that a cognitive analytical style was only linked to atheism in three countries: Australia, Singapore and the USA.

The complexity of atheism

The third snapshot is this one: a man is standing against a background which looks like a church. He appears to be doing the sign of the cross with his right hand while his left hand rests on his heart. He is a priest – but not of any church that believes in gods: he presides over the Positivist Temple of Humanity, a church for atheists and agnostics created by August Comte in the 19th century. This priest is not doing the sign of cross but the Positivist blessing.

Together with photographer Aubrey Wade, I stumbled upon this active temple in the south of Brazil, while collecting data for a large ongoing project involving over 20 labs across the world: Understanding Unbelief.

Finding an active church of unbelievers dedicated to the love of humanity — its golden principle being “live for others” — ruptured how I thought of atheists and the boundary separating them from the religious. And this has implications for how we develop studies in this area. When doing experiments with believers we can use multiple stimuli, from religious images to music, to trigger a religious effect or cognition in the lab. But finding an equivalent for unbelievers has proved hard.

One brain imaging study conducted at Oxford University compared an image of the Virgin Mary with that of a regular woman, both painted in the same period. Researchers found that when Roman Catholics concentrated on the Virgin Mary while being subjected to electric shocks, this alleviated their perception of pain compared to looking at the other woman. This decrease in pain was associated with an engagement of the right ventro-lateral prefrontal cortex, a region known to drive pain inhibitory circuits.

No similar effect was found for the unbelievers, although they rated the secular image as more pleasant than the religious one. But what if the unbelievers being tested were members of the Positivist Temple and were instead shown an image of their goddess of humanity — would this have alleviated pain in a similar way to that experienced by the religious individuals?

The future cognitive science of atheism will have to think hard about how to move forward. It needs to develop models that account for cultural variations as well as consider the implications of atheists engaging with rituals that celebrate humanity.

About this neurotheology research news

Does the Association of Fasting Blood Glucose With Stroke Risk Differ by Race and...