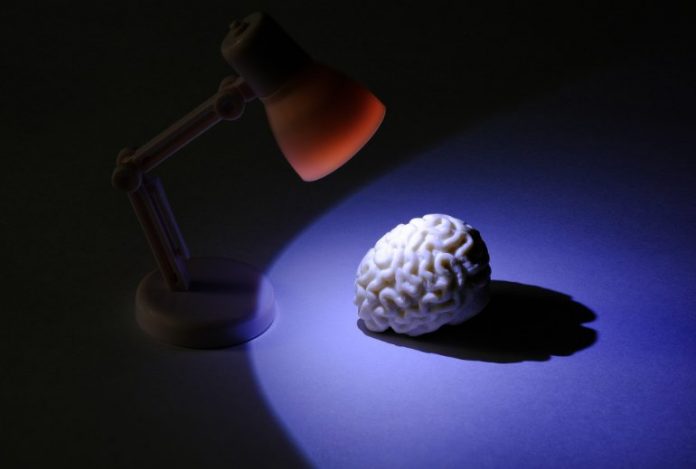 A new study suggests that a lot of people might be going through life with symptoms that resemble concussion – a finding supporting researchers’ argument that athletes recovering from a brain injury should be assessed and treated on a highly individualized basis.

In the national study, between 11% and 27% of healthy college athletes with no history of a recent concussion reported combinations of symptoms that met criteria for post-concussion syndrome (PCS) as defined by an international classification system. Among the nearly 31,000 student-athletes surveyed, three factors stood out as the most likely to predict PCS-like symptoms: lack of sleep, pre-existing mental health problems and stress.

The participants were cadets from four U.S. military service academies – who undergo rigorous training and are required to participate in athletics – and students who competed in NCAA sports at 26 U.S. higher education institutions.

Beyond the substantial numbers of students who reported clusters of PCS-like symptoms, between one-half and three-quarters of all of the athletes surveyed reported one or more symptoms commonly experienced by people who’ve had a concussion, the most common being fatigue or low energy and drowsiness.

“The numbers were high, and were consistent with previous research in this area, but it is quite shocking,” said study lead author Jaclyn Caccese, assistant professor in The Ohio State University School of Health and Rehabilitation Sciences. “These are elite athletes who are physically fit, and they are experiencing that many symptoms commonly reported following concussion. So looking across the general population, they’d probably have even more.”

It’s important to understand that there are multiple sources of these symptoms, researchers say, so that student-athletes’ post-concussion care zeroes in on symptoms caused by the injury. In addition, knowing athletes’ medical history and baseline symptom status may help clinicians predict which pre-existing factors could contribute to a slower recovery from a concussion.

“When a patient comes into a clinic and they are a month or more out from their most recent concussion, we need to know what symptoms they were experiencing before their concussion to know if their symptoms are attributable to their concussion or something else. Then we can start treating the concussion-related symptoms to hopefully help people recover more quickly,” Caccese said.

This study, published last week in the journal Sports Medicine, was conducted by the Concussion Assessment, Research and Education (CARE) Consortium established by the NCAA and U.S. Department of Defense. Caccese completed the research while she was a PhD student and postdoctoral researcher at the University of Delaware, a consortium member institution.

The initiative is designed to fill gaps in knowledge about concussion effects and recovery among student-athletes at colleges, universities and military service academies by collecting and analyzing data on men and women who compete in a range of sports and undergo military training.

For both groups, sleep problems – and particularly insufficient sleep the night before the test – and pre-existing psychiatric disorders were the most predictive conditions, and a history of migraines also contributed to symptoms that met PCS criteria. In cadets, academic problems and being a first-year student increased odds of having symptoms that met PCS criteria, and in NCAA athletes, a history of ADHD or depression contributed to meeting PCS criteria.

The International Classification of Diseases, Tenth Revision uses the term post-concussion syndrome for persistent symptoms following concussion, although the cause or causes of these symptoms can be difficult to determine. Symptoms range from persistent headaches, dizziness and fatigue to anxiety, insomnia and loss of concentration and memory.

A complicating factor with high symptom reporting is that recognizing concussion and determining return to play is based on reported symptoms. And while some symptoms may be more closely connected to concussion than others – such as dizziness, pressure in the head, or sensitivity to light or noise – others, like fatigue, drowsiness and even headaches, can be linked to a variety of causes.

“Perhaps we can create a battery of symptoms more specific to concussion,” Caccese said. “That is another project in this series – trying to see if there are groups of symptoms or specific symptoms that may be more able to identify individuals with concussion.”

The CARE Consortium also aims to identify factors that will help predict outcomes in student-athletes and cadets who suffer concussions.

“This hopefully not only shows clinicians that we need to consider how people would have presented before injury, but also provides some normative data so they can interpret other patients’ data,” Caccese said. “We really don’t know a lot about why people have persistent symptoms, and it seems to be very variable. So we’re trying to understand this better to help predict who will have a prolonged recovery, and who will not.”

Symptom resolution is a key marker in determining fitness for return to activity following concussion, but in some cases, distinguishing persistent symptoms due to concussion versus symptoms related to other factors can be challenging.

To determine base rates of postconcussional syndrome (PCS) diagnostic categorization in healthy cadets and student athletes with no recent concussion.

In the absence of recent concussion, subgroups of cadets (17.8% of men; 27.6% of women) and student athletes (11.4% of men; 20.0% of women) reported a cluster of symptoms that would meet the ICD-10 symptom criteria for PCS. Participants with insufficient sleep and/or preexisting conditions (e.g., mental health problems), freshmen cadets, and cadets at the U.S. Coast Guard Academy and at the U.S. Air Force Academy (freshmen were tested during basic cadet training) were more likely to report a cluster of symptoms that would meet the ICD-10symptom criteria for PCS.

The ICD-10 symptom criteria for PCS can be mimicked by preexisting conditions, insufficient sleep, and/or stress. Findings support person-specific assessment and management of symptoms following concussion.

The connection between MOGAD and seizures » Norman Fixel Institute for Neurological Diseases »...