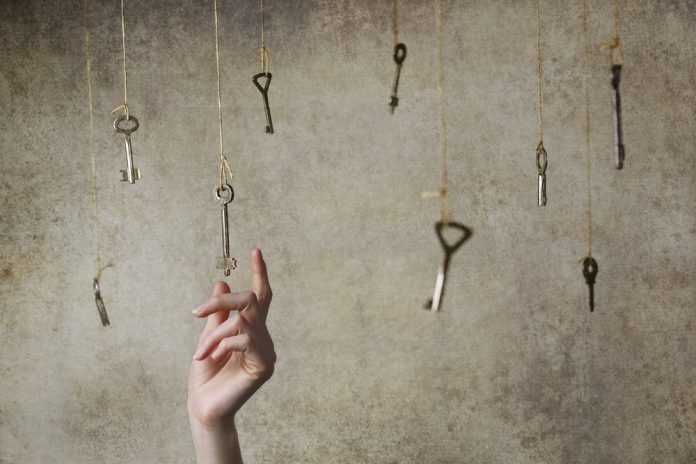 Editor’s Note: Over the course of several months, Mad in America has published a serialized version of Sami Timimi’s book, Insane Medicine. This is the final chapter. In Part 1, he discussed deconstructing diagnosis, the nature of psychological injury, and how identifying a problem can become a self-fulfilling prophecy. In Part 2, he discusses working with medication and coming off medication. All chapters are archived here.

You may have gathered by now that I am not a great fan of psychiatric medication (also known as psychotropic medication). For many decades doctors have not been able to use them with a proper understanding of their limitations. They end up being used for too long at too high a dose and with too many people.

We also belong to systems that encourage us to feel that we should have to offer something concrete to our patients (like a prescription). Furthermore, our patients are in a culture that trains them to imagine that mental suffering has no meaning and can be eliminated with McDonaldised remedies. Such supply and demand characteristics have led to the massive over-use of psychotropic medications, which is one of the biggest contributors to the awful outcomes and reduced life expectancy for those who become long-term mental health patients.

That doesn’t mean medications can’t be helpful for some people at some points, particularly when used for shorter-term interventions. Whilst most of my practice related to medication involves helping someone reduce or completely withdraw from psychotropic medicines prescribed originally by someone else, there are also occasions where I am the person who initiates the prescription. This can be to help keep a therapeutic alliance going, because of understandable pressure from a young person and/or their family, or because I suggest it.

Below are some of the contexts that I keep in mind when working with these psychiatric medications:

This backdrop helps orientate me to what I need to keep in mind when working with individuals taking psychiatric medication and their families. Given that most of the drug effect is imitated by a placebo pill, the narrative we use when we prescribe has a much bigger impact on how the patient then experiences what happens to them than the chemical effects of the drug itself. These are aspects of prescribing that doctors like myself have had to figure out for ourselves, as we are not taught this.

The main story I use for prescribing psychotropics is that they are “enablers” that create windows of opportunity. I remind patients that a drug cannot make a decision or initiate an action; it is people who do that. I explain that psychiatric drugs work like any substance that affects our nervous system chemicals.

They don’t correct any chemical imbalance. No one can find any evidence that what we call mental disorders are the result of a chemical imbalance. Like alcohol, psychiatric drugs make you feel a little different and that can be useful in the short-term. For example, alcohol might help you overcome your shyness with others, but most of us would agree that using alcohol long-term for that can lead to all sorts of problems. This means the drug works best when we take advantage of feeling a little bit different to make what changes we can.

I use analogies to help the narrative along. If I’m hoping the drug will have a more activating, energising effect for someone who is withdrawn, I might use an analogy such as “It’s like some oil that helps our cogs turn more freely again. The cogs are you and it’s you that will be the one that then drives the change, not the drugs.” If I’m hoping for a more calming effect I might use an analogy like, “We have many interventions in medicine that don’t act directly on the problem. For example, a plaster cast around an arm with a broken bone has no direct effect on the bone, it just helps the bone stay still so that the body can do its natural process to heal the bone.”

These ways of conceptualising the work of the drug helps prepare a person for their active participation as an agent in the healing process and gives a basis for helping them understand why they are likely to only need the medicine short-term, for say 6 to 12 months, and then they can be gradually weaned off.

Once the person has agreed to this framework you can help them develop that agency using a simple visualisation. This is known as the “miracle question.” When we are weighed down with a problem, we tend to focus on how that problem is dominating and making our life worse. Understandably we think that for life to improve we have to get rid or eliminate that problem.

Sadly, most treatments that subscribe to the belief that it is a specific treatment for a specific diagnosis reinforce this idea. The “miracle question” instead helps you imagine what you would want to see happening if the problem was less dominant. It helps you focus your efforts away from getting rid of something toward what you hope for instead.

“Consider I had the perfect prescription to give, only this is so good that all you had to do is take it once before you go to bed tonight. While you’re asleep this medicine works its magic, so that by the morning this miracle has happened and all that you hoped would change has changed. Because this miracle happened while you were asleep you don’t realise that the change has happened. What might you notice that might first alert you that something seems different? What might others who know you notice? What might you do differently?”

You can then walk them through their day, taking care to help them move from the absence of negatives and generalisations to the presence of specific behaviours. For instance, “So you’d feel happier. I see, can you describe what I would see you doing if you were feeling happier?” and “So if you weren’t losing your temper, what would you be doing instead?” and so on. This helps the person start visualising the alternative, hoped-for future.

This should give you a list of different behaviours that they imagined they would do. You can now help them by introducing another concept: It’s not unusual that we try to do too much too quickly when we want to get rid of a problem. We wake up in the morning on some days and say to ourselves, “Right, I’m going to do this and that and the other today, no more moping about, fresh start, I have to change.”

We keep things going for a bit, but crash within a few hours or the next day. This just reinforces our feeling toward the problem that it’s too strong for us and we cannot defeat it or get on top of it. Hopelessness enters and breeds on our feelings of failure.

Better to focus on small changes that are concrete and easier to notice. You can ask the person to pick one of the behaviours in their miracle list that might be a starting place that they would like to focus on making a small, tiny, barely noticeable change in, if the medication helped them feel a little freer.

I also note any example of functioning they were able to do already despite how they feel as in, “How did you still manage to take your child to school despite how you feel? That’s what we call resilience, still functioning in spite of how we feel. You’re clearly a resilient person.”

You might also, instead of a specific behaviour goal, just ask them to notice difference, and that can be their goal. For example, “I’d like you to make a note, mental or written, of anything, however small or temporary, that is a moment where you felt just a little bit better, something was different, you did something however small you haven’t done for a while, whatever it is. Note it down because I’ll ask you about this next time we meet.”

It can also be useful to help that person think about their social support network. Supportive relationships can be vital for recovery. It’s as simple as enquiring about who else is there who can support them and in what way. “Who knows about what you’re going through? Who would you like to know about what you’re going through? How many of them might join a meeting or two with us?” And so on.

If you listen closely enough there is usually something different that can be noticed. I never accept any inference that the medication has been the agent of change. I will remind the patient that medication doesn’t think and can’t make decisions.

I may ask them something like, “what qualities in yourself has medication helped you reconnect with?” and then we can spend time talking about this quality (for example, determination, courage, patience, kindness etc.) and how this quality coming alive again is playing out and may continue to develop over coming weeks. This helps patients reconnect with their inner resources and the resilience that has been there, if a bit dormant, all along.

PLEASE DO NOT STOP ANY PSYCHIATRIC MEDICATION SUDDENLY – THIS IS DANGEROUS AND CAN BE LIFE-THREATENING.

Unfortunately, good professional advice from doctors is thin on the ground because of the very little training or knowledge that we have about withdrawing from psychiatric medication. My approach comes from a mixture of clinical experience, academic sources, and listening to the experience of those who have had problems withdrawing from psychiatric medication.

When weaning off any psychiatric medication, you should bear in mind that some withdrawal symptoms are likely. This is because psychiatric medicines act at the nerve endings of brain cells, and the result of their action is to increase or decrease the amount of a certain chemical involved in relaying signals from one brain cell to another (a neurotransmitter).

This is why, for many people, the psychological effects of psychiatric drugs tend to wear off over time, often leading to gradually increasing doses being given. It also means that withdrawing the drug suddenly, going “cold turkey,” is not recommended.

Remember, withdrawal symptoms can easily be confused with the original problem and typically include feelings of anxiety, agitation, restlessness, confusion, and difficulty sleeping, but sometimes also include physical symptoms such as feeling like you have the flu, muscle pain and tremors, fatigue, as well as shocks often referred to as “brain shakes” or “brain zaps.”

Survivors of psychiatric medication are often the best sources of wisdom on this issue. The following are three online resources that I have found helpful and informative:

There are also some books that help with coming off medication, such as renowned researcher Peter Gøtzsche’s 2020 book Mental Health Survival Kit and Withdrawal from Psychiatric Drugs.

Here are a few pointers that may help:

Overweight/Obesity in Young Adulthood Linked to Increased Risk of MS

The DSM Files: Investigating the Incoherence of Psychiatry’s Bible