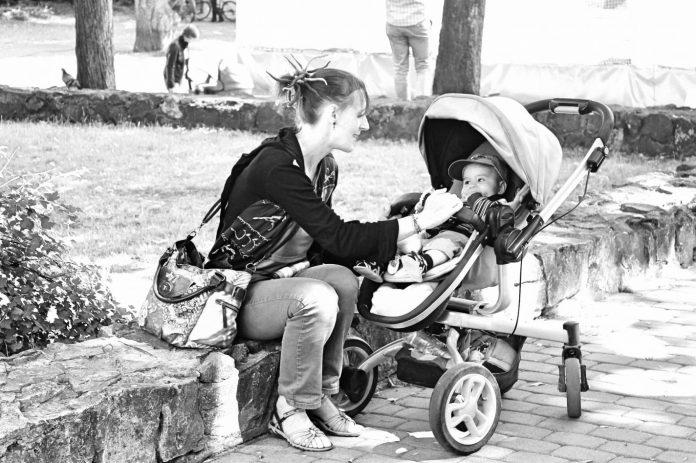 Many people across the world are still living under tough restrictions or lockdowns because of the pandemic, staying home as much as possible. This means that a lot of parents are spending more time than ever with their children. But how do you turn that time into a deeper relationship?

To effectively interact with others, we must establish an emotional connection as well as swiftly and accurately infer each other’s goals and intentions. Research shows that this works best if we coordinate our behaviour and bodily responses. Luckily, we have a natural tendency to get in sync with others. For example, we automatically imitate one another –- with classical examples including laughing and yawning –- and engage in complex patterns of coordinated eye gaze or touch.

We even socially synchronise our physiology, for example, through the alignment of our heartbeats and hormone secretion(such as cortisol and oxytocin). When we bond with others, it is as if our entire body engages in a “social dance”.

Socially dancing with others enables us to more easily feel what they are feeling and think what they are thinking. This process, called bio-behavioural synchrony, helps us to more strongly connect with one another. During childhood, being in sync with others is also vital for social, emotional and cognitive development.

Researchers have recently started testing what happens in the brain when two people interact in this way. Using functional near-infrared spectroscopy (fNIRS) “hyperscanning”, brain activity can be measured while people are doing various tasks and wearing a cap linked up with optical sensors. This is done for each participant, and brain activity is then compared. Synchrony arises when there are aligned decreases and increases in the same brain area at roughly the same time.

Studies using this approach with adults have shown that brain activity also tends to become coordinated during interactions. Also, brain-to-brain synchrony was found to be higher in romantic partners compared with friends or strangers.

Engaging in activities with one’s children, such as solving problems through play or simply having a conversation, should therefore always be seen by parents as opportunities to strengthen the parent-child bond and help their children develop vital social, emotional and cognitive skills.

Brain-to-brain synchrony has been observed to be stronger for children interacting with their parents than with an unknown adult. Although this shows that the parent-child relationship is special in terms of coordinated brains – probably reflecting their closer emotional bond – it does not yet reveal much about the relationships’ underlying qualities. When we looked more closely at how brain-to-brain synchrony between parents and their children related to interaction and relationship quality, we found several additional clues. Interestingly, these clues differed somewhat between mums and dads.

We saw stronger brain-to-brain synchrony during both puzzle solving and conversation if mums and kids took more turns, meaning that they performed the task or spoke alternately – or in succession. The same was true when children were able to more strongly engage in the task instead of being led by their mothers, and so given more autonomy.

Conversely, synchrony diminished during puzzle solving when mothers reported being stressed. In such moments, taking a short break and engaging in self-care may be beneficial for both mothers and children.

In father-child pairs, however, we did not find any links between brain-to-brain synchrony and turn-taking, child autonomy or stress. In turn, we saw higher synchrony in those pairs where dads indicated that being involved in childcare is important for child development and rewarding for themselves.

It seems that brain-to-brain synchrony between mums and dads and their children can be achieved by different means. One possible explanation may be that mother-child interactions are marked by more rhythm and structure, whereas father-child interactions may be somewhat jerkier and energetic. Such different experiences enable children to successfully and simultaneously interact with different types of caregivers and practice a variety of social, emotional and cognitive skills.

But it is important to note that social roles – like dads’ attitudes towards fatherhood – can also have an influence. Recent reviewsemphasise the value of recognising fathers as caregivers and attachment figures for their children. So it is vital to keep promoting dads’ role in child development and enable them to spend and enjoy more time with their kids.

Funding: Pascal Vrticka received funding from the Swiss National Science Foundation, the Stanford Center for Cognitive and Neurobiological Imaging, the Stanford Child Health Research Institute and the Max Planck Society for parts of his work on the social neuroscience of social connection and attachment described in this piece.

About this neuroscience and parenting research news

Co-Use of Alcohol and Cannabis and Its Effect on Mood, Subjective Experience