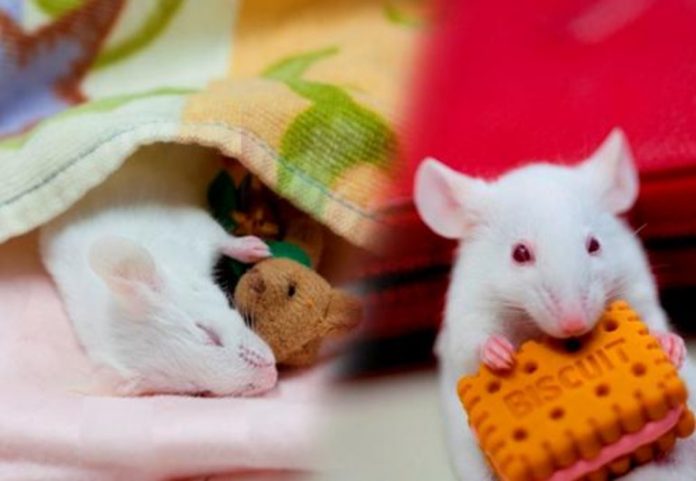 We laugh when we see Homer Simpson falling asleep while driving, while in church, and while even operating the nuclear reactor. In reality though, narcolepsy, cataplexy, and rapid eye movement (REM) sleep behavior disorder are all serious sleep-related illnesses. Researchers at the University of Tsukuba led by Professor Takeshi Sakurai have found neurons in the brain that link all three disorders and could provide a target for treatments.

REM sleep correlates when we dream. Our eyes move back and forth, but our bodies remain still. This near-paralysis of muscles while dreaming is called REM-atonia, and is lacking in people with REM sleep behavior disorder. Instead of being still during REM sleep, muscles move around, often going as far as to stand up and jump, yell, or punch. Sakurai and his team set out to find the neurons in the brain that normally prevent this type of behavior during REM sleep.

Working with mice, the team identified a specific group of neurons as likely candidates. These cells were located in an area of the brain called the ventral medial medulla and received input from another area called the sublaterodorsal tegmental nucleus, or SLD.

“The anatomy of the neurons we found matched what we know,” explains Sakurai. “They were connected to neurons that control voluntary movements, but not those that control muscles in the eyes or internal organs. Importantly, they were inhibitory, meaning that they can prevent muscle movement when active.” When the researchers blocked the input to these neurons, the mice began moving during their sleep, just like someone with REM sleep behavior disorder.

Narcolepsy, as demonstrated by Homer Simpson, is characterized by suddenly falling asleep at any time during the day, even in mid-sentence (he was diagnosed with narcolepsy). Cataplexy is a related illness in which people suddenly lose muscle tone and collapse. Although they are awake, their muscles act as if they are in REM sleep.

Sakurai and his team suspected that the special neurons they found were related to these two disorders. They tested their hypothesis using a mouse model of narcolepsy in which cataplexic attacks could be triggered by chocolate. “We found that silencing the SLD-to-ventral medial medulla reduced the number of cataplexic bouts,” says Sakurai.

Overall, the experiments showed these special circuits control muscle atonia in both REM sleep and cataplexy. “The glycinergic neurons we have identified in the ventral medial medulla could be a good target for drug therapies for people with narcolepsy, cataplexy, or REM sleep behavior disorder”, says Sakurai. “Future studies will have to examine how emotions, which are known to trigger cataplexy, can affect these neurons.”

During rapid eye movement (REM) sleep, anti-gravity muscle tone and bodily movements are mostly absent, because somatic motoneurons are inhibited by descending inhibitory pathways. Recent studies showed that glycine/GABA neurons in the ventromedial medulla (VMM) (GlyVMMneurons) play an important role in generating muscle atonia during REM sleep (REM-atonia). However, how these REM-atonia-inducing neurons interconnect with other neuronal populations has been unknown. In the present study, we first identified a specific subpopulation of GlyVMMneurons that play an important role in induction of REM-atonia by virus vector-mediated tracing in male mice in which glycinergic neurons expressed Cre recombinase. We found these neurons receive direct synaptic input from neurons in several brain stem regions, including glutamatergic neurons in the sublaterodorsal tegmental nucleus (SLD) (GluSLD neurons). Silencing this circuit by specifically expressing tetanus toxin light chain (TeTNLC) resulted in REM sleep without atonia. This manipulation also caused a marked decrease in time spent in cataplexy-like episodes when applied to narcoleptic orexin-ataxin-3 mice. We also showed that GlyVMM neurons play an important role in maintenance of sleep. This present study identified a population of glycinergic neurons in the VMM that are commonly involved in REM-atonia and cataplexy.

We identified a population of glycinergic neurons in the ventral medulla that plays an important role in inducing muscle atonia during rapid eye movement (REM) sleep. It sends axonal projections almost exclusively to motoneurons in the spinal cord and brain stem except to those that innervate extraocular muscles, while other glycinergic neurons in the same region also send projections to other regions including monoaminergic nuclei. Furthermore, these neurons receive direct inputs from several brainstem regions including glutamatergic neurons in the sublaterodorsal tegmental nucleus. Genetic silencing of this pathway resulted in REM sleep without atonia and a decrease of cataplexy when applied to narcoleptic mice. This work identified a neural population involved in generating muscle atonia during REM sleep and cataplexy.

Birds Got Rhythm, Telling Us Something About How We Form Speech and Movement

Phone Call Anxiety: Why So Many of Us Have It, and How to Get...