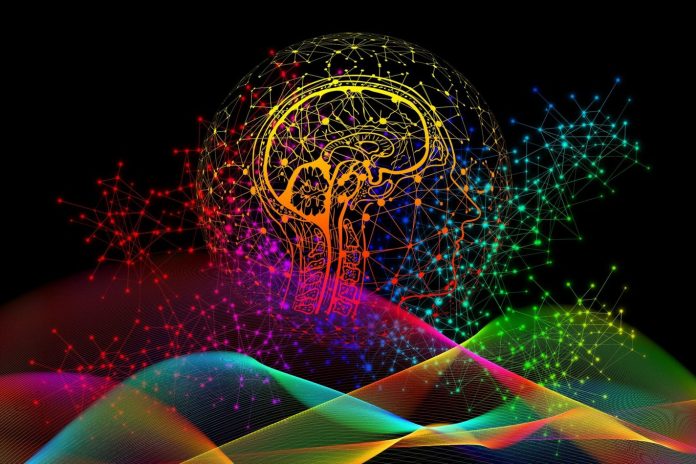 Summary: The genetics of neurocognitive skills were associated with higher tolerance of risk, delayed fertility, less healthy-risk behavior, and a greater willingness to forgo immediate gratification.

Noncognitive skills and cognitive abilities are both important contributors to educational attainment — the number of years of formal schooling that a person completes — and lead to success across the life course, according to a new study from an international team led by researchers at Columbia University Mailman School of Public Health, the University of Texas at Austin, and Vrije Universiteit Amsterdam.

The research provides evidence for the idea that inheriting genes that affect things other than cognitive ability are important for understanding differences in people’s life outcomes. Until now there had been questions about what these noncognitive skills are and how much they really matter for life outcomes.

The new findings are published in the journal Nature Genetics.

“Genetic studies of educational attainment were initiated with the goal of identifying genes that influenced cognitive abilities. They’ve had some success in doing that. But it turns out they’ve also identified genetics that influence a range of other skills and characteristics.,” said Daniel Belsky, PhD, assistant professor of epidemiology.

“What was most surprising to me about our results was that these noncognitive skills contributed just as much to the heritability of educational attainment as cognitive ability.”

Of the total genetic influence on educational attainment, referred to as the heritability, cognitive abilities accounted for 43 percent and noncognitive skills accounted for 57 percent.

“These results were important proof of concept,” observed Belsky, who is also with the Robert N Butler Columbia Aging Center. “They showed us that noncognitive skills genetics have implications for economics and public health similar to the genetics of cognitive abilities.”

The study used a method called a “genome-wide association study,” or GWAS, to study what economists have called “noncognitive skills,”defined as behaviors and abilities that are not measured by traditional IQ tests but are thought to help people be more successful in school, in their jobs, and in life generally.

The study builds on results from a previous study that conducted a GWAS of educational attainment.

“Borrowing a strategy from economists who studied people with the same cognitive ability but different years of education enabled us to associate the variations in how far people go in school above and beyond their association with cognitive test performance. We were able to conduct this type of analysis using a new method we developed called Genomic Structural Equation Modeling, which is a way of combining data from multiple GWASs at the same time,” said Michel Nivard, assistant professor of biological psychology at the Vrije Universiteit Amsterdam and co-leader of the study.

“This approach allows us to leverage the power of giant genetic databases like UK Biobank to study the genetics of traits and behaviors that were not directly measured in the research participants.” Using this novel method, the researchers were able to conduct GWAS of noncognitive skills in data from hundreds of thousands of individuals.

“Our GWAS identified 157 different locations in the human genome that related to noncognitive skills.,” said Perline Demange, a PhD candidate in biological psychology at the Vrije University, Amsterdam and a lead author of the paper together with Margherita Malanchini, lecturer in psychology at the Queen Mary University of London. “Our GWAS identified signals from genes that are disproportionately active in brain tissues, similar to what has been found for the genetics of cognitive abilities.”

The individual genetic associations discovered in the GWAS were very small in magnitude. “Any individual genetic variant really had a trivial influence on the phenotype.,” explained Malanchini, “However, by adding up these tiny associations, we can create composite measures called polygenic scores. These measures can then be applied to genetic data from research participants to estimate how likely someone is to show a particular outcome (or phenotype).”

In this paper, polygenic scores were created in six data U.K., and New sets from people born at different times throughout the 20th century in the Netherlands, the U.S., the Zealand. They also calculated genetic correlations between noncognitive skills and other phenotypes that have been the focus of large GWASs, such as obesity, smoking, and psychiatric diseases.

Overall, the genetics of noncognitive skills were associated with higher tolerance of risks, greater willingness to forego immediate gratification, less health-risk behavior, and delayed fertility. Researchers also observed that noncognitive skill genetics were associated with a constellation of personality traits linked with success in relationships and at work, such as being curious and eager to learn, being more emotionally stable, and being more industrious and orderly.

“There has been much debate about what noncognitive skills are and how best to measure them. Motivation, persistence, grit, curiosity, self-control, growth mindset — these are just a few of the things that people have suggested are important noncognitive skills,” observed Paige Harden, professor of psychology at the University of Texas at Austin and a co-leader of the research along with Belsky and Nivard.

“For personality and risk behavior, we saw relationships we expected; noncognitive skills genetics were associated with less risky behavior and a personality profile we associate with maturity, and social and professional competency,” said Harden. But the results for mental health were a surprise.”

The researchers found that noncognitive skills genetics that were associated with educational attainment were also associated with increased risk for schizophrenia, bipolar disorder, obsessive compulsive disorder, and anorexia nervosa.

“This is an example of what geneticists call pleiotropy.,” explained Harden. “Our result warns us against a simplistic view of genetic variants being good or bad. The same genetic variant that predisposes someone to go further in school might also elevate their risk of developing schizophrenia or another serious mental disorder.”

The authors also released an FAQ to accompany their paper, which warns against using the results of this study – or any genetic research – as evidence that children’s educational performance or noncognitive skills cannot be improved with intervention or policy. Harden cautions that, “Genetic influence must always be understood through the lens of history and social structures. These results tell us about what is, not what could be. Nothing about our study should discourage investments in ensuring that all children reach their maximum potential.”

Funding: The study was supported by funding from the Jacobs Foundation, the U.S. National Institutes of Health, and the Netherlands Organization for Health Research and Development.

About this neurocognition research news

Climate Changed the Size of Our Bodies and, To Some Extent, Our Brains

Scientists Key In on Brain’s Mechanism for Singing and Learning