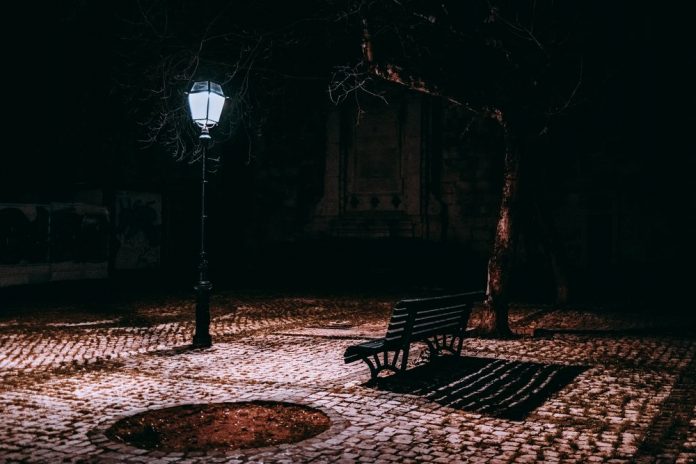 Imagine you’re walking down a dark street, with only a single lamppost to light your way. At the end of the street, you tap your pocket and realize you’ve lost your keys. Where could they be? You might have dropped them anywhere along the street, but it might be tempting to search first under the lamppost, since that’s the only well-lit area.

I heard this parable (often used to point to ignorance) the other day, and it made me think about the field of mental health. Its focus on the biomedical paradigm is like looking for the keys in only one spot, just because it’s the most well-lit.

This struck me as an analogy to the prevailing paradigm of today’s mental health system. This paradigm is based on the way of constructing knowledge which stems from the domination of positivism in modern science. In this paradigm, phenomena are viewed as they would be if observed in the natural sciences—from the outside and as independent from the observer and from the context. This applies to the mental phenomena as well.

The currently prevailing paradigm is represented by the light under the lamppost. Positivist thinking is only one way of viewing mental phenomena, but it is the primary way our society views them. They are seen as independent from the person experiencing them, independent from context, something that can be objectively measured according to certain universally established criteria.

This light, the positivist paradigm, forces us to see human beings as devoid of context. Even if the context is recognized, it is often located in the past and seen as something contributing to the “malfunction” that happened. But now, the malfunction is interpreted as solidified, something that can be objectively observed from the outside.

The problem with this approach is that it does not fully take into account all the features of mental phenomena. Overlooking the context, which is always necessarily present, makes us think of mental states in terms of static solidified phenomena instead of in terms of their dynamic nature. This static nature is then considered to be their real nature, so the consequent conceptualization of this phenomena without context is based on the premise of one particular paradigm—one particular way of knowledge-construction.  But in popular discourse, this is seen as objective reality.

This kind of approach, consequently, does not allow us to comprehend the meaning that an experience has for the one who experiences it. Instead, experiences are shoved into technical label descriptions given from the outside and based on the above-mentioned conceptualization, devoid of subjective meaning.

Namely, the emphasis within this approach is on the malfunction. Within the paradigm that lacks understanding of the context, this is the only narrative of mental distress possible to comprehend.

The problem is that it will often be forgotten that these “malfunctions” are but one way of seeing, based on a certain paradigm that operates on a certain process of knowledge-construction. Instead, they are taken as a solid objective reality. This can influence the way in which people on whom these categories are imposed see themselves. It also influences the way in which they are seen by society, which can have various consequences, from stigmatization and isolation, to being ashamed of asking for support.

Further, the problem is that this paradigm often reduces human beings to one component. Within it, mental distress is, for example, often seen as a malfunction in someone’s biology. This is a highly reductionist view that sees mental states as enclosed within the mind as a container. Even if context is taken into account, it is often only taken into account as something that has contributed to forming the mind enclosed within itself, and this process is considered finished—the malfunction is there.

This is how the picture looks from the spot where the light of today’s mental health paradigm shines the brightest. It is based on debatable premises, it ignores potential meaning, and it lessens the subjective account of one’s experience, contributing to the discrepancy between what people feel they need and what this kind of approach can provide.

Related to the metaphor of the lamppost, mental phenomena might be better figured out a few steps further, somewhere in the dark. Or, to expand the metaphor, we already have a flashlight in our pocket that can illuminate the dark spot. Flashlights are perspectives that comprehend the contextuality of mental phenomena, coming from the phenomenological, existentialist, or systemic-relational perspectives.

There are, for example, systemic-relational approaches to psychotherapy linked to the work of Gregory Bateson in the 1950s. Bateson looked at mental phenomena within a certain context and found meaning as given within that context. In this approach, mental distress can be explored in relational terms. Instead of seeing the person experiencing mental distress as malfunctioning, we can look at distress as arising within the system and understand it as a meaning-making within a wider system.

There are also various existentialist traditions available as perspectives which use contextuality as a starting point. The ones based on the work of Martin Heidegger see the person as “being-in-the-world”; the world is integral to one’s being. This might sound poetic, but it has profound consequences for the practical exploration of mental distress. Instead of imposing preconceived ideas about someone’s distress, this approach stays with the experience as it is felt for the person and tries to understand the meaning emerging through the suffering for that person in a particular context.

This is a totally different perspective than abstract and cold technical descriptions of malfunction imposed on the person from the outside, which is what the positivist paradigm does. Instead of putting the focus on the “malfunction,” the emphasis is put on meaning as arising from the distress.

For example, depression would, under this light, not be seen as a malfunction that needs repair on the biological level, thereby reducing the complexity of the human being to one component. The emphasis would instead be placed on the contextuality of the depressive feelings, as immersed in the unique existence of someone’s relatedness-to-the-world and as meaning-making within that context.

This kind of paradigm recognizes the subjective account of each person’s experience, which can contribute to feelings of agency. The mechanistic way of seeing the malfunction of the broken mind and its attempts at mending it might perhaps validate the suffering someone is experiencing. They are however confined when they try to grasp the felt sense of that experience. Boxing the experience into imposed categories cannot possibly translate to someone’s unique experience.

In these boxes, the uniqueness of human beings gets lost. When the technical and universalized description is imposed on them, their own account of their experience is thrown out. This means that their agency within this approach is limited already from the start. It is, partly at least, in the hands of someone else who decides about and imposes these categories on them.

Not less important, when experiences of mental distress are emptied of their meanings, important lessons that arise from it might be overlooked.

It is thus funny to think that we are searching in this positivist paradigm for the answers to the questions of mental phenomena, just because currently “a better light” shines there. The light is better because science nowadays is mostly acquainted with this way of knowledge-construction. This, consequently, means that more people are going to build theories in this manner. Consequently, this also means that more practices dealing with mental distress will arise from this kind of theories—again, not because they are more valid, but because they are used more.

The light under the lamppost is thus “better” there because it is more familiar, not because it is indeed better. And to use the metaphor further, we do have trouble finding keys there. This is evident in the experiences of people who feel oppressed by this approach, which has been heavily documented on this website, for example. This is evident in every endless drugging of what is potentially a meaning-making distress in the name of “malfunction.”

Let us return to the logic of the lamppost. It would be wise to shift our attention from the bright lamppost to the darkness, a few steps further. This is the dark from which approaches that take contextuality as a starting position glow. They are pointing us toward a different way of looking at things. They invite us to see that there exists another way of seeing mental distress, one beyond the idea of malfunction.

On the Brink of Psychosis