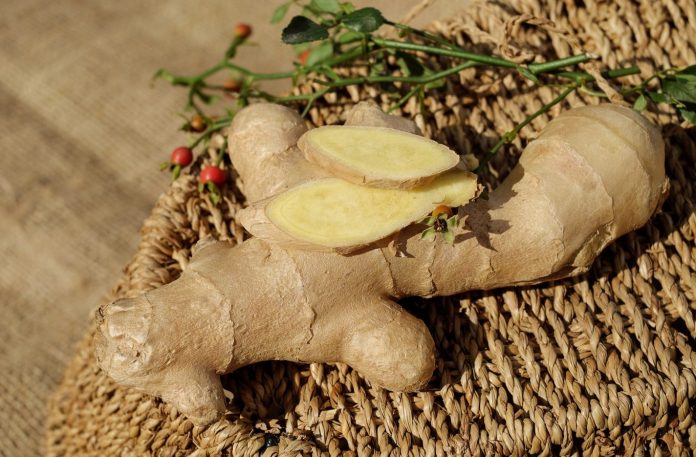 Summary: 6-gingerol, the main bioactive compound of ginger root, appears to counteract mechanisms that fuel autoimmune disorders such as lupus and antiphospholipid syndrome in mice.

Naturopathic medicine, or herbal medicine, is all the rage, especially among young people. But how much of this is supported by science?

Ginger is known to have anti-inflammatory and anti-oxidative effects, making it a popular herbal supplement to treat inflammatory diseases.

And according to a Michigan Medicine led study published in JCI Insight, the main bioactive compound of ginger root, 6-gingerol, is therapeutic in countering the mechanism that fuels certain autoimmune diseases in mice. Researchers specifically looked at lupus, a disease which attacks the body’s own immune system, and its often associated condition antiphospholipid syndrome, which causes blood clots, since both cause widespread inflammation and damage organs overtime.

In mice with either antiphospholipid syndrome or lupus, 6-gingerol prevented neutrophil extracellular trap release, which is triggered by the autoantibodies that these diseases produce.

According to Ali, these webs play an important role in the pathogenesis of lupus and antiphospholipid syndrome where they trigger autoantibody formation and contribute to blood vessel clotting and damage.

The study question was, “will the anti-inflammatory properties of ginger extend to neutrophils, and specifically, can this natural medicine stop neutrophils from making NETs that contribute to disease progression?”

“This pre-clinical study in mice offers a surprising and exciting, ‘yes’,” Ali says.

Ali discovered that after giving 6-gingerol, the mice had lower levels of NETs. Their tendency to make clots was also drastically reduced and 6-gingerol appeared to inhibit neutrophil enzymes called phosphodiesterases, which in turn reduced neutrophil activation.

But the most surprising find of all was that the mice, regardless of whether they had antiphospholipid syndrome or lupus, had reduced autoantibodies suggesting the inflammatory cycle, autoantibodies stimulating NETs which stimulate more autoantibodies, was broken.

Next steps and potential implications

“Through my years of medical training I wasn’t taught much about supplements, but it’s something that so many patients ask me about,” says study author and rheumatologist Jason Knight, M.D. “When Ramadan brought the concept to me, I was enthusiastic to pursue it in my lab, as I knew it would matter to them. Sometimes our patients give us really good ideas!”

Although the study was done in mouse models, Ali and Knight think the preclinical data, showing that 6-gingerol has anti-neutrophil properties that may protect against autoimmune disease progression, encourages clinical trial development.

“As for basically all treatments in our field, one size does not fit all. But, I wonder if there is a subgroup of autoimmune patients with hyperactive neutrophils who might benefit from increased intake of 6-gingerol,” Knight says. “It will be important to study neutrophils before and after treatment so we can determine the subgroup most likely to see benefit.”

The bioactive compound can’t be the primary therapy for someone with active antiphospholipid syndrome or lupus, but the team is interested to see if the natural supplement may help those at high risk for disease development.

“Those that have autoantibodies, but don’t have activated disease, may benefit from this treatment if 6-gingerol proves to be a protective agent in humans as it does in mice,” Ali says, who’s passionate about natural medicine research for rheumatic diseases.

“Patients with active disease take blood thinners, but what if there was also a natural supplement that helped reduce the amount of clots they produce? And what if we could decrease their autoantibodies?”

Funding: This research was supported by the National Institutes of Health.

About this autoimmune disease research news

Anti-neutrophil properties of natural gingerols in models of lupus

Ginger is known to have anti-inflammatory and anti-oxidative effects, and has traditionally been used as an herbal supplement in the treatment of various chronic diseases. Here, we report anti-neutrophil properties of 6-gingerol, the most abundant bioactive compound of ginger root, in models of lupus and antiphospholipid syndrome (APS). Specifically, we demonstrate that 6-gingerol attenuates neutrophil extracellular trap (NET) release in response to lupus- and APS-relevant stimuli through a mechanism that at least partially dependent on inhibition of phosphodiesterases. At the same time, administration of 6-gingerol to mice reduces NET release in various models of lupus and APS, while also improving other disease-relevant endpoints such as autoantibody formation and large-vein thrombosis. In summary, this study is the first to demonstrate a protective role for ginger-derived compounds in the context of lupus, and importantly provides a potential mechanism for these effects via phosphodiesterase inhibition and attenuation of neutrophil hyperactivity.

Molecular Map of the Synapse

Let Your Mind Control the Computer