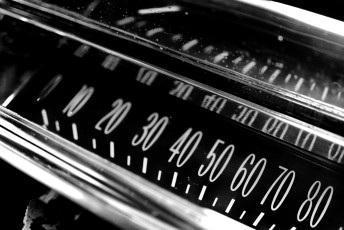 NOTCHing toward better understanding of CADASIL

I admit that it doesn’t take genius to see the obvious link between the small vessel disease CADASIL, and its causative mutation on the NOTCH3 gene. But ‘NOTCHing‘ is what clinched it for me as a truly catchy title. This paper is an editorial, again in the journal Neurology, which reviews the studies that are steadily increasing our understanding of a disease that manifests with no less than three major neurological disorders: migraine, stroke, and dementia. The author was specifically commenting on a paper in the same journal which studied the diverse manifestations of ‘cysteine-altering NOTCH3 variants‘. What is remarkable is the range of manifestations of these variants, from an overwhelming burden of small vessel disease, to no clinical features whatsoever. We clearly need to do more than notch towards understanding…we need some speed!

I have always wondered when James Bond would burst into a neurology headline, and when he eventually did, it was was characteristic flair in the Annals of the Indian Academy of Neurology. The full title of the paper, Shaken not stirred: a pilot study testing a gyroscopic spoon stabilization device in Parkinson’s disease and tremor, is rather long-winded, but the question at its heart was quite straight-forward – to test the effectiveness of devices that claim to relieve the tremor of Parkinson’s disease. And the device the skeptical authors assessed is a gyroscopic stabilisation device (me too, never heard of it). Expectedly perhaps, the authors discovered that this “tremor cancellation technology” failed to meet up to its advertised billing; the shaken patients were not stirred one bit by the gyroscope: on the contrary, some of the patients even shook more vigorously after the device was switched on. Talk of licence to shake! Ian Fleming must be turning under his pillar.

As we come to the last goodbye to 2020, it is important that we make a triumphant exit, and this victorious editorial in the Lancet Neurology perfectly fits the bill. The author of the editorial was commenting on the truly ambitious, and aptly titled, CONQUER trial, which ticked all the boxes to make Archie Cochrane smile from his grave: it was a “multicentre, randomised, double-blind, placebo-controlled, phase 3b” study which was carried out over 64 sites across 12 countries. The CONQUERERS examined the effectiveness of Galcanezumab, a calcitonin gene related peptide (CGRP) monoclonal antibody (mab), in the prevention of migraine. And the editorialist concluded that Galcanezumab, along with the related Erenumab and Fremanezumab, “are safe, tolerable, and efficacious in many patients with frequent migraines, even in those with several non-successful preventive treatment attempts”. The emergence of the CGRP mabs is surely one bright spot in what has been a dark year. So let us bid farewell to 2020 on a positive note…and welcome 2021 with good cheer and virus-free expectations!

A New Type of Hand Prosthesis Learns From the User, and the User Learns...

What Stress Does to the Body