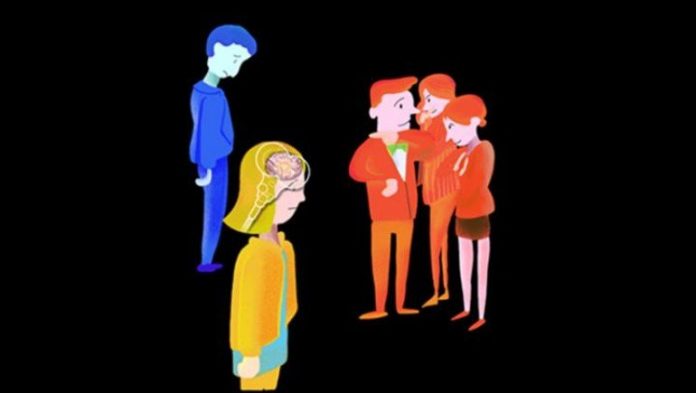 Summary: Combining brain stimulation directed at areas of the prefrontal cortex and emotional regulation strategies help to improve emotional response in those with psychiatric disorders.

Pairing brain stimulation with an emotion management technique blunts negative emotions, according to research recently published in Journal of Neuroscience. The combination may improve emotional regulation in people with psychiatric disorders.

Managing your emotions is a key component to navigating difficult situations. People with psychiatric disorders like PTSD and depression struggle to do this. The brain regulates emotions through the dorsolateral (DLPFC) and ventrolateral prefrontal cortex (VLPFC). The two regions work by shifting attention and reinterpreting situations, respectively.

Harnessing the independent, separate roles of these regions may offer a novel treatment for the emotional symptoms of psychiatric disorders.

Zhao et al. enhanced the brain activity of healthy adults using transcranial magnetic stimulation while they viewed images of social pain. The participants rated their negative emotions just after viewing the image, after distracting themselves, or after coming up with a positive interpretation of the image (reappraisal).

About this brain stimulation research news

The VLPFC vs. the DLPFC in Down-Regulating Social Pain Using Reappraisal and Distraction Strategies

The dorsolateral (DLPFC) and ventrolateral prefrontal cortices (VLPFC) are both crucial structures involved in voluntary emotional regulation. However, it remains unclear whether the functions of these two cortical regions that are involved in emotional regulation—which are usually active in non-social situations—could be generalized to the regulation of social pain as well. This study employed transcranial magnetic stimulation (TMS) to examine the causal relationship between the DLPFC/VLPFC and the emotional regulation of social pain via distraction and reappraisal. Ninety human participants (45 males and 45 females) initially underwent either active (DLPFC/VLPFC, n = 30/30) or sham (vertex, n = 30) TMS sessions. Participants were then instructed to use both distraction and reappraisal strategies to down-regulate any negative emotions evoked by social exclusion pictures. Convergent results of the subjective emotional rating and electrophysiological indices demonstrated that: 1) both the DLPFC and VLPFC highly facilitate the down-regulation of affective responses caused by social exclusion, revealing a causal role of these lateral prefrontal cortices in voluntary emotional regulation of both non-social and social pain; and 2) these two cortical regions showed relative functional specificity for distraction (DLPFC) and reappraisal (VLPFC) strategies, which helps to refine the cortical targeting of therapeutic protocols. In addition, the TMS effect was sustainable for at least one hour, showcasing the potential feasibility of using this method in clinical practice. Together, these findings provide cognitive and neural evidence for the targeting of the VLPFC and/or the DLPFC to improve emotional regulation abilities, especially in social contexts.

This study aimed to examine the role of the dorsolateral and ventrolateral prefrontal cortices in emotional regulation, particularly in response to social pain through the use of distraction and reappraisal strategies, as this is a relatively underexplored area of inquiry. This study makes a significant contribution to the literature because our results provide novel empirical information on the role of these cortical structures in the processing of negative emotions elicited within certain social contexts. As such, our findings have potential clinical implications, paving the way for future clinicians to be able to accurately target specific brain regions among patients struggling with impaired social cognition abilities, including those diagnosed with post-traumatic stress disorder, autism spectrum disorder, social anxiety disorder, and depression.

What’s the Cost of Self-Control? New Study Tabulates the Bill

The Genesis of a New Approach to Mental Healthcare: 4Sight

neurosciencestuff: (Image caption: In the neuron, a protective…