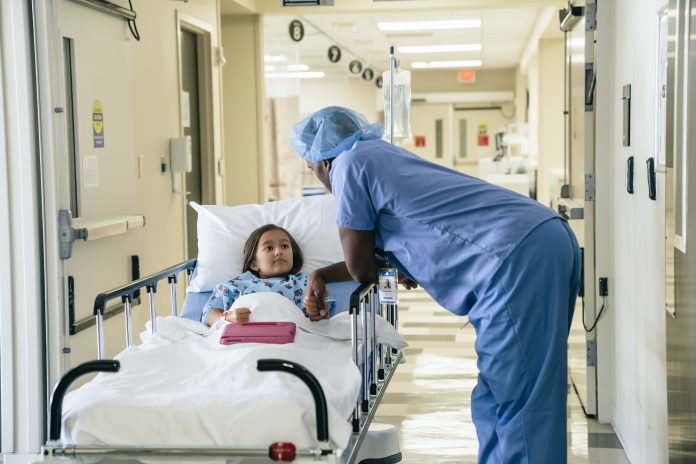 Thrombectomy was found to be safe in children with ischemic stroke and a mismatch between clinical deficit and infarct size up to 24 hours after symptom onset, according to a study results published in Neurology. Results indicated the procedure demonstrated generally good neurological outcomes when patients were selected by this mismatch as well.

Recent data suggested that mechanical thrombectomy may be a viable treatment option for pediatric patients with arterial ischemic stroke (AIS). Study researchers sought to evaluate whether thrombectomy was safe in this population up to 24 hours following symptom onset when selected by mismatch between infarct and clinical deficit.

Of the 73 pediatric patients from the Save ChildS study, researchers included only 20 children because of a relevant mismatch between clinical deficit and infarct. Patients had also undergone thrombectomy between 6 to 24 hours after onset and were diagnosed with AIS. Study researchers compared patients treated later than 6 hours with those treated within 6 hours after onset, and compared them with clinical endpoints of the DAWN and DEFUSE 3 trials.

Patients treated in the late time window had favorable imaging constellations defined by a very limited infarct volume and/or mismatch between clinical symptoms and infarct imaging. The median Pediatric National Institutes of Health Stroke Scale (PedNIHSS) on admission was 12 (IQR, 8.8-20.3). Study researchers recorded that the median time of thrombectomy from onset was 9.8 hours (IQR, 7.8-16.2) and median volume of the infarct lesion in admission imaging was 13.5 ml (IQR, 3.8-25.2).

The limitations for this study included its retrospective design, lack of a control cohort, the use of the mRS in for outcome assessment children, and an unknown optimal definition of selection criteria for a mismatch between clinical deficit and infarct.

The study researchers concluded “that thrombectomy in pediatric ischemic stroke in an extended time window of up to 24 hours after onset of symptoms seems safe and neurological outcomes improved in most children.”

New Test for Diagnosis of Tuberculosis Meningitis in Patients With HIV

How Neurons Find Their Place