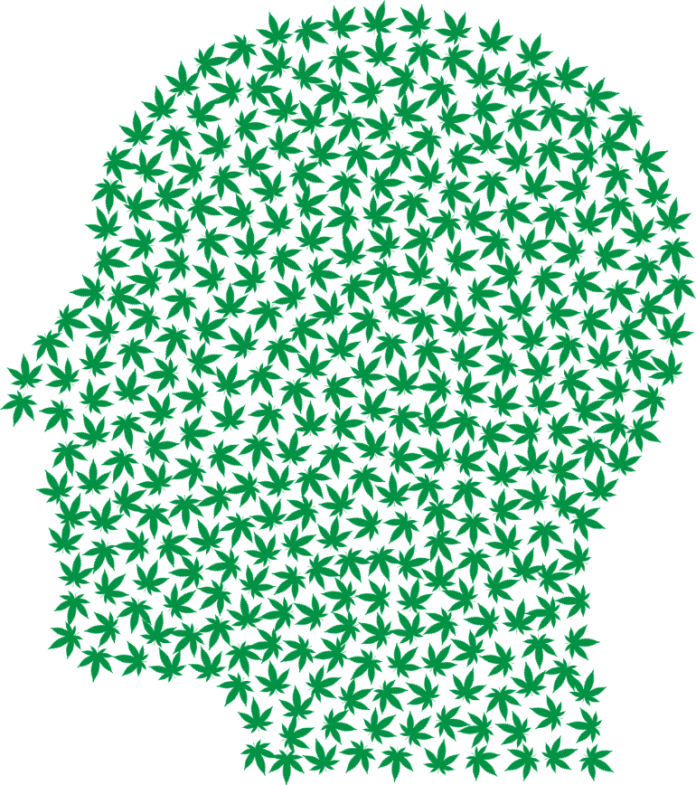 Summary: Female rats exposed to vaporized cannabis for 30 days developed a blunted response to stress. The effect was not seen in male rats. Findings shed light on how chronic cannabis use affects males and females differently.

Female rats that inhaled vaporized cannabis daily for a month developed a blunted physiological response to stress, according to a new study by Washington State University researchers.

In contrast, male rats that were provided access to the same potency of cannabis over the same 30-day window did not experience any physiological changes in how they responded to a stressful situation.

The results of the study, published in the journal Neurobiology of Stress, indicate there may be significant differences in how chronic cannabis use affects males and females.

“We were able to show pretty conclusively that chronic cannabis use can, in fact, significantly dampen stress reactivity in female rats,” said Carrie Cuttler, an assistant professor of psychology at WSU and co-author of the study.  “Until now, no one has been able to establish whether this blunted stress response is the cause or the consequence of cannabis use.”

One of the main reasons why scientists haven’t been able to link smoking cannabis to a muted stress response is that in human studies they can’t practically or ethically randomly assign their test subjects to use cannabis or prevent them from consuming the drug for a period of time before beginning an experiment.

Because of these and other issues, researchers interested in examining chronic effects of cannabis use have tended to rely on animal models, where rats are injected with isolated components of cannabis to study the effects of the drug.

“The problem with this approach is that it’s stressful to the rats and doesn’t recruit the same neurobiological circuits that taking a drug of your own volition does,” said Ryan McLaughlin, an assistant professor of integrative physiology and neuroscience at WSU and a co-author on the paper.  “To address this challenge, we developed a more natural cannabis delivery system that enables rats to self-administer vaporized cannabis whenever they feel like it.”

For the study, McLaughlin and his team trained rats to poke their noses into a hole with an infrared beam inside whenever they wanted a puff of cannabis vapor. The researchers then measured levels of the stress hormone corticosterone before and after a 30-day period in male and female rats that were either put into a control group that was not given cannabis or one of three experimental test groups that were given access to cannabis of low, medium, or high potencies.

Initially, all of the rats had similar spikes in corticosterone levels when confronted with a stressful situation.

After the 30-day self-administration period, only the female rats that had access to the medium potency cannabis demonstrated a significantly muted physiological response. The rats that were given access to the medium potency cannabis also tended to respond more for the substance and had higher concentrations of the drug in their blood after the experiment which may explain why this group specifically demonstrated the blunted stress response.

“Interestingly, we found that the rats that were given access to higher potency cannabis tended to respond less and had lower concentrations of THC in their blood after the experiment than the rats that had access to the medium potency cannabis,” McLaughlin said. “What is causing this difference as well as why females seem to be more receptive to the stress muting effects of cannabis are both things we plan to investigate in the future.”

While McLaughlin and Cuttler’s work suggests cannabis might have some benefits in conferring resilience to stress, the two researchers emphasized the release of stress hormones typically serves an adaptive purpose, allowing an individual to mobilize energy stores and respond appropriately to threats in the environment.

“An inability to mount a proper hormonal response to stress could have detrimental effects that could potentially be harmful to the individual,” Cuttler said. “Research on cannabis is really just now ramping up because of legalization, and our work going forward will play an important role in better understanding both the benefits and potential consequences of chronic cannabis use in women and men.”

About this cannabis and stress research news

Cannabis users frequently report stress relief as their primary reason for use. Recent studies indicate that human cannabis users exhibit blunted stress reactivity; however, it is unknown whether this is a cause or a consequence of chronic cannabis use.

Male and female rats were subjected to 30 min acute restraint stress to assess stress reactivity prior to vapor self-administration. Rats were then trained to self-administer cannabis extract vapor containing 69.9% Δ9-tetrahydrocannabinol (THC) at one of four extract concentrations (0, 75, 150, or 300 mg/ml) daily for 30 days. Half of the rats were then subjected to a second restraint stress challenge 24 h after the final self-administration session, while the other half served as no-stress controls. Plasma CORT concentrations were measured prior to stress and immediately post-stress offset.

These data indicate that chronic cannabis use can significantly dampen stress reactivity in female rats and further support the use of the cannabis vapor self-administration model in rats of both sexes.

Acute Sleep Loss May Alter the Way We See Others