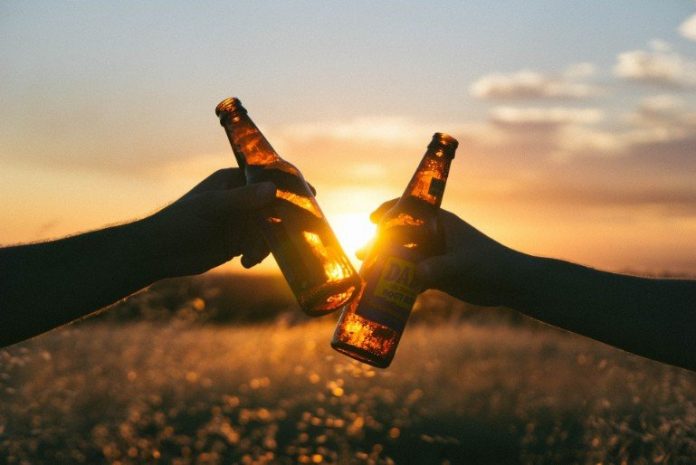 Summary: When asked questions about sensitive behaviors, such as alcohol consumption or over-eating, people tend to respond in ways they consider socially correct while downplaying their personal negative behaviors.

The time period between Thanksgiving and Christmas is characterized by overindulgence. While we tell others that we are eating and drinking in moderation, controlling our spending, and exercising more, in reality, we do the exact opposite. So where does this disconnect come from?

Often when responding to questions about sensitive behaviors (for example, weight gain, over-eating, alcohol consumption), people want to appear socially “correct” while downplaying bad behaviors. Psychologists call this subconscious response social desirability bias (SDB), and for researchers who are trying to understand a person’s actual behavior, these biased responses are a problem.

“We’re human. We want others to like us and think of us as good people,” says Nicole Olynk Widmar, professor of agricultural economics at Purdue University. “However, health care providers and researchers need accurate self-reported data. Understanding SDB is imperative to being able to collect good data about human behaviors, especially self-reported data about sensitive topics, such as weight gain and eating over the holiday season.”

Widmar and Courtney Bir, assistant professor at Oklahoma State, recently published a study on recognizing and mitigating SDB in responses to questions about holiday health-related behaviors, in the Springer Nature journal Humanities and Social Sciences Communications.

However, while Bir and Widmar set out to recognize SDB, they also wanted to find ways to combat it. Their method? Add “cheap talk” statements.

“Cheap talk is often used in surveys to explicitly inform respondents of different biases that can arise related to the question being asked,” Bir says. “In the study, we tested a statement that simply informed people that sometimes human inclination moves us to answer in a way that deviates from our own true behavior because we want to be socially ‘correct.’ The idea is that the person may be more likely to provide an accurate response because the potential for bias has been explicitly brought to their attention.”

The study included two participant groups. One group received a cheap talk statement prior to rating their level of agreement to the holiday health behaviors, while the other did not. By comparing the two groups, the researchers were able to determine if evidence of SDB was lessened for the respondents receiving the cheap talk statement.

Widmar and Bir noted that cheap talk was effective in reducing SDB for some questions and in some respondents but not all of them. As Widmar says, “For some people or some statements studied, SDB is so engrained that the cheap talk statement did not have a measurable impact.”

Holiday healthfulness conversations are dominated by overindulgence of consumption and then, largely in reference to resolutions to do better, physical activity, and exercise aspirations. Consistency was found in self-reported agreement with a series of holiday healthfulness statements, across time, holidays (Thanksgiving versus Christmas), and samples of respondents. The largest proportion of respondents displaying social desirability bias (SDB) were found in response to two statements, namely “I will consume more alcohol during the holiday season than at other times of the year” at (63–66%) and “I make it a New Year’s Resolution to lose weight” (60–63%). Cheap talk was tested as a mechanism to reduce SDB in holiday healthfulness reporting, but showed only limited efficacy compared to the control group surveyed simultaneously. Nonetheless, the consistency across time in reporting and SDB are notable in both self-reporting of health-related data and in studying a unique consumption period around the holidays. Healthcare providers and researchers alike seek to improve the accuracy of self-reported data, making understanding of biases in reporting on sensitive topics, such as weight gain and eating over the holiday season, of particular interest.

Journal Scan – This Month in Other Journals, August 2021