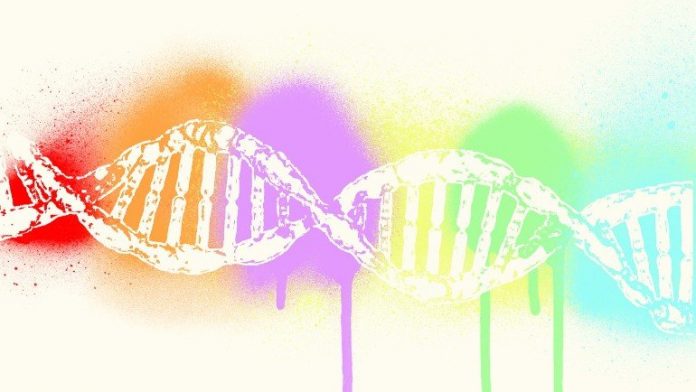 Summary: Researchers have identified a cancer-causing mutation in the PDGFRA gene that drives cell mutation and growth when activated. The findings have implications for the treatment of a subset of glioblastoma brain cancer.

Researchers at McGill University are hopeful that the identification of the origin and a specific gene needed for tumour growth could lead to new therapeutics to treat a deadly brain cancer that arises in teens and young adults. The discovery relates to a subgroup of glioblastoma, a rare but aggressive form of cancer that typically proves fatal within three years of onset.

The findings are published in the latest issue of the journal Cell.

To complete their study, the research team, led by McGill’s Dr. Nada Jabado, Professor of Pediatrics and Human Genetics and Dr. Claudia Kleinman, Assistant Professor of Human Genetics, assembled the largest collection of samples for this subgroup of glioblastoma and discovered new cancer-causing mutations in a gene called PDGFRA, which drives cell division and growth when it is activated.

The researchers noted that close to half of the patients at diagnosis and the vast majority at tumour recurrence had mutations in this gene, which was also unusually highly expressed in this subgroup of glioblastoma.

“We investigated large public datasets of both children and adult patients in addition to those we had generated from patients’ samples in the lab and came to the same conclusion, PDGFRA was unduly activated in these tumours. This led us to suspect this kinase plays a major role in tumour formation” explains Dr Carol Chen, a postdoctoral fellow, and Shriya Deshmukh an MD-PhD candidate in the Jabado lab and the study’s co-first authors.

Employing a “big data” resource generated by their team using new technologies that measure the levels of every gene in thousands of individual cells, they were able to discover that this brain tumour originates in a specific type of neuronal stem cell. “We used single cell analyses to create an atlas of the healthy developing brain, identifying hundreds of cell types and their traits,” explains Selin Jessa, a PhD student in the Kleinman lab and co-first author on this study.

“Since these brain tumours retain a memory, or footprint, of the cell in which they originated, we could then pinpoint the most similar cell type for these tumours in the atlas, in this case, inhibitory neuronal progenitors that arise during fetal development or after birth in specific structures of the developing brain,” adds Dr. Kleinman who leads a computational research lab at the Lady Davis Institute at the Jewish General Hospital.

The researchers note that the PDGFRA gene is not usually turned on in this neuronal stem cell population. “By using sequencing technologies that measure how a cell’s DNA is spatially organized in 3D,” notes Djihad Hadjadj, a postdoctoral fellow in the Jabado lab and the study’s co-first author, “We found that, exquisitely in this neuronal stem cell, the DNA has a unique structure in the 3D dimension that allows the PDGFRA gene to become activated where it shouldn’t be, ultimately leading to cancer.”

The finding is also important in properly classifying the tumour. “Previously, this tumour type was classified as a “glioma”, because under the microscope, it resembles glial cells, one of the major cell types in the brain,” says Dr. Jabado, who holds a CRC Tier 1 in Pediatric Oncology in addition to being a clinician scientist at the Montreal Children’s Hospital and leading a research lab focused on studying brain tumours at the Research Institute of the McGill University Health Centre. “Our work reveals that this is a case of mistaken identity. These tumours actually arise in a neuronal cell, not a glial cell.”

A hope for potential treatment

PDGFRA is targetable by drugs that inhibit its activity, and there are, in fact already approved drugs that target it for other cancers for which mutations in this gene are responsible, such as gastrointestinal stromal tumours. This offers hope for work into finding targeted therapies for this group of deadly brain tumours, note the researchers.

The combined studies of the genome, including at the single cell level and the genomic architecture in 3D of the tumour compared to the normal developing brain, were crucial in this study. They helped identify the specific timepoints during development where the cell is vulnerable to the cancer-driver event in these “gliomas”, which were revealed to be neuronal tumours. Importantly, the authors unravel genetic events that could lead to targeted therapy in a deadly cancer.

“Our findings provide hope for improved care in the near future for this tumour entity as these exquisite vulnerabilities may pinpoint to treatments that would preferentially attack the ‘bad’ cells,” say Drs. Jabado and Kleinman, who have joined efforts in the fight against deadly brain tumour. “Stalled development is at the root of many of these cancers. The same strategy will prove important to unravel the origin, identify and exploit specific vulnerabilities, and orient future strategies for earlier detection in other brain tumour entities affecting children and young adults.”

Funding: This study was made possible in large part thanks to support from the Genome Canada LSARP project “Tackling Childhood Brain Cancer at the root to improve survival and quality of life,” which includes funding from Genome Canada, Genome Quebec, CIHR and other sources, as well as the Fondation Charles-Bruneau and the National Institutes of Health.