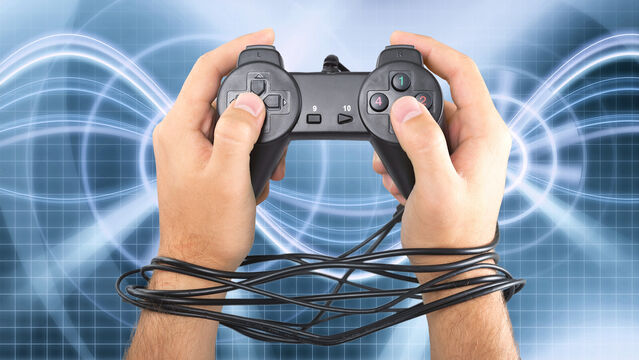 While enduring months of the COVID-19 pandemic, Americans have become adept at finding ways to stay entertained while staying at home.  With video game systems and video games sales on the rise, it appears that playing games like Minecraft, Overwatch, and Grand Theft Auto 5 are providing hours of fun in a bleak time. In fact, according to the Entertainment Software Association, “…64% of U.S. adults and 70% of those under 18 regularly play video games.”

Now, as Santa’s little helpers scour stores and websites looking for the PlayStation 5, Xbox Series X, or Nintendo Switch, there may be a lurking question in the back of their minds–how much gaming is too much? Given the need to stay indoors, video games can provide a platform for social connectivity when played with friends online. Last spring, during “unprecedented times” related to COVID-19, many justified their increased time spent gaming as a welcome distraction from the world and national events.

Now, nine months into the pandemic, there are increasing signs that excessive gaming is becoming a mental health concern. A survey from Parents Together found that of 3,000 parents surveyed, 85 percent were worried about the length of time their children spend online. Nearly half of the respondents said their children’s screen time exceeds six hours a day, compared with just 8 percent before the pandemic.

There is significant debate about whether behaviors that are normal for hundreds of millions of regular gamers should be pathologized. While concerns over the addictive properties of video games are reasonable, there are also valid concerns over the risk of thoughts, feelings, and behaviors of many gamers being labeled as pathological.

This could stigmatize many psychologically healthy people for whom gaming has become one of their main hobbies. As the debate over pathologizing gaming continues, there is agreement that gaming can evolve into problematic behavior.

Who Says It’s a Gaming Disorder?

Clinicians commonly consult or refer to the International Classification of Disease, Eleventh Revision (ICD-11), a system of medical coding created by the World Health Organization (WHO) for documenting diagnoses, diseases, signs, and symptoms and social circumstances as well as the Diagnostic and Statistical Manual of Mental Disorders–5th Edition (DSM-5), which categorizes mental illnesses and outlines their symptoms and is published by the American Psychiatric Association.

The ICD-11 includes a gaming disorder, while the DSM-5 does not recognize problems with gaming as a distinct disorder. However, it does acknowledge it warrants additional clinical research and study.

According to the ICD-11, gaming disorder is characterized by a pattern of persistent or recurrent gaming behavior occurring either online or offline, manifested by:

According to the DSM-5, five or more of the following symptoms have to have been experienced in the last year and have caused clinically significant impairment:

If you’re concerned about an increase in gaming behavior, there are a few steps that can be taken to reduce gaming activities before they become more problematic:

If some of these suggestions are difficult to implement or cause you a disproportionate amount of distress, please seek out help from a trained professional for help, guidance, and support.

Dalanna Burris, MS, LCDC is an addictions counselor at The Menninger Clinic. She has more than 10 years of professional experience and currently serves on the Comprehensive Psychiatric Assessment Service. She has expertise in substance use treatment, problematic sexual behavior, and gaming addiction.

The BBC, Harrow, and a Public Left in the Dark

The Importance of Alone Time For Mental Health