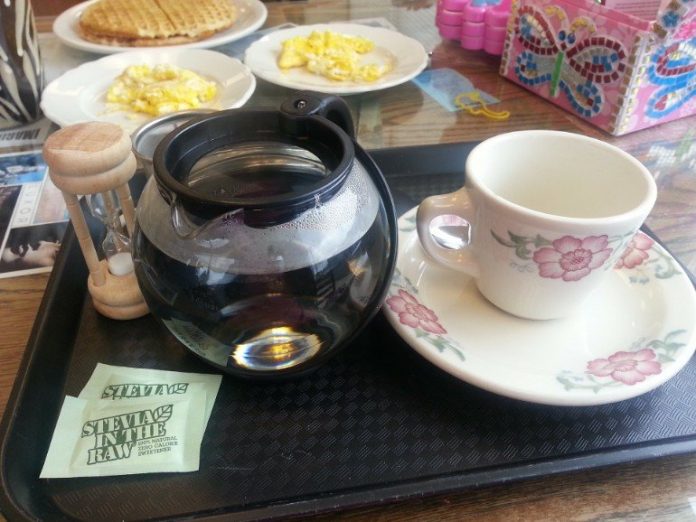 Summary: The natural sweetener Stevia disrupts communication between different bacteria in the gut.

Source: Ben-Gurion University of the Negev

According to a new study by Ben-Gurion University of the Negev (BGU) researchers, the natural sweetener stevia may lead to a gut microbial imbalance. The findings were just published in Molecules, a leading international peer-reviewed journal of chemistry.

Stevia is a natural low-calorie sweetener that is growing in popularity in food and beverage products and is generally considered safe. However, emerging scientific evidence has implicated the sweetener in gut microbial imbalance, which can lead to a variety of gastrointestinal health issues.

According to the new study, stevia may disrupt communications between different bacteria in the gut microbiome. While the team found that stevia inhibited these pathways, it did not kill off the bacteria.

“This is an initial study that indicates that more research is warranted before the food industry replaces sugar and artificial sweeteners with stevia and its extracts,” says lead researcher Dr. Karina Golberg, of the BGU Avram and Stella Goldstein-Goren Department of Biotechnology Engineering.

The researchers who participated in the study include Prof. Ariel Kushmaro, Dr. Karina Golberg and Prof. Robert Marks of the BGU Avram and Stella Goldstein-Goren Department of Biotechnology Engineering, and their students Orr Share and Victor Markus. Prof. Kerem Terali from Near East University in Turkey and Prof. Nazmi Ozer from Hacettepe University in Cyprus also participated in the research.

Funding: The study was partially supported by the Israeli Council for Higher Education.

About this microbiome research news

Anti-Quorum Sensing Activity of Stevia Extract, Stevioside, Rebaudioside A and Their Aglycon Steviol

Governments are creating regulations for consumers to reduce their sugar intake, prompting companies to increase the ratio of artificial sweeteners in their products. However, there is evidence of some deleterious effects ascribed to the aforementioned synthetic agents and therefore consumers and food manufacturers have turned their attention to natural dietary sweeteners, such as stevia, to meet their sweetening needs. Stevia is generally considered safe; however, emerging scientific evidence has implicated the agent in gut microbial imbalance. In general, regulation of microbial behavior is known to depend highly on signaling molecules via quorum sensing (QS) pathways. This is also true for the gut microbial community. We, therefore, evaluated the possible role of these stevia-based natural sweeteners on this bacterial communication pathway. The use of a commercial stevia herbal supplement resulted in an inhibitory effect on bacterial communication, with no observable bactericidal effect. Purified stevia extracts, including stevioside, rebaudioside A (Reb A), and steviol revealed a molecular interaction, and possible interruption of Gram-negative bacterial communication, via either the LasR or RhlR receptor. Our in-silico analyses suggest a competitive-type inhibitory role for steviol, while Reb A and stevioside are likely to inhibit LasR-mediated QS in a non-competitive manner. These results suggest the need for further safety studies on the agents.

Journal Scan – This Month in Other Journals, December 2020