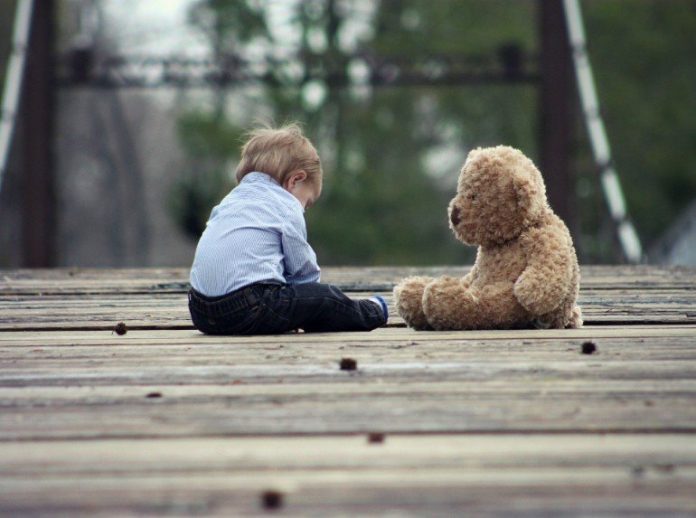 Summary: A new study reports on a link between repetitive behaviors associated with autism and gastrointestinal problems. Researchers also found a connection between the severity of ASD symptoms and an increased risk of children experiencing more severe constipation, stomach pains, and other GI problems. However, no association was found between GI problems and social or communication difficulties associated with ASD.

In children with autism, repetitive behaviors and gastrointestinal problems may be connected, new research has found.

The study found that increased severity of other autism symptoms was also associated with more severe constipation, stomach pain and other gut difficulties.

The research, which appears in the journal Autism, found no association between social and communication difficulties and gastrointestinal symptoms.

The study doesn’t explain the biological mechanism for the relationship between repetitive behaviors, such as rocking back and forth and hand flapping, and gut problems. But it helps establish that gastrointestinal symptoms may exacerbate repetitive behaviors, or vice versa, a finding that could one day help lead to helpful interventions, said Payal Chakraborty, a graduate student in The Ohio State University College of Public Health who led the study.

Children with autism spectrum disorder are more likely than their typically developing peers to experience a range of gastrointestinal abnormalities, including chronic diarrhea, constipation, food sensitivities and abdominal pain. These symptoms have been associated with higher levels of irritability and aggressive behavior, but less is known about their relationship with other autism spectrum disorder symptoms.

“In the general population, there’s a fair amount of evidence about the connection between mood and mental disorders and gastrointestinal difficulties. In autism, we wonder if the gut problems children experience are a core part of the disease itself or whether they’re brought on by other symptoms that children with autism experience,” Chakraborty said.

Chakraborty began the study as a student at Duke University, where she worked at the Center for Autism and Brain Development and became interested in the potential connection between the gut and other characteristics of the developmental disability.

Using data from a study designed to test the viability of cord blood transplants as an autism treatment, Chakraborty looked at detailed clinical measures and reports provided by the families of 176 children who were 2 to 7 years old to see if she could find any insights into the drivers of gastrointestinal problems. Almost all of the children, 93%, had at least one gastrointestinal symptom.

“GI problems are a significant issue for many people with autism and there’s evidence that these symptoms might exacerbate certain autism behaviors, which can lead to greater developmental challenges,” she said.

The specifics of the relationship are unclear, but it’s possible that repetitive behaviors in children with autism could be a coping mechanism that helps them manage their gastrointestinal discomfort, Chakraborty said, adding that the symptoms of autism often emerge at a time when children aren’t in a position to adequately communicate their physical suffering with words.

“Gastrointestinal problems are a major concern for many children with autism and we still have a lot to learn about the complicated gut/brain axis,” she said.

Fight or Flight, Unless Internal Clocks Are Disrupted