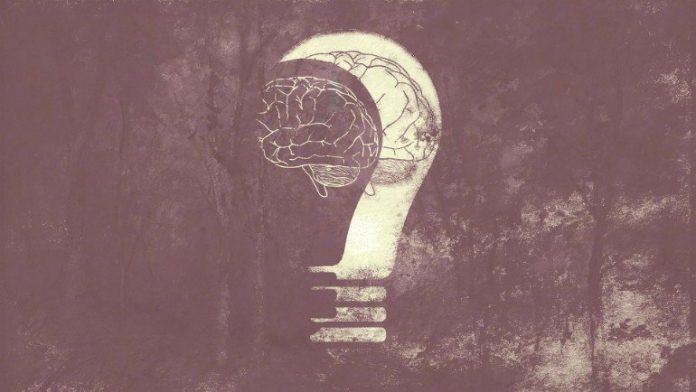 Better understanding what happens in the brain when people cooperate and make social decisions has the potential to help boost such behaviors. It’s been a research focus for the University of Pennsylvania’s Platt Labs for some time.

“The social brain network contains a number of different areas critical to managing interactions and connecting with others,” says Penn Integrates Knowledge Professor Michael Platt. “One is more emotional, critical for empathy and learning from others. That’s the anterior cingulate gyrus. The other is more cognitive, and for humans that lives in the temporoparietal junction.”

In nonhuman primates, the anterior cingulate gyrus mirrors what it does in humans, responding to rewards and pain, both for themselves and others. Until recently, scientists believed that nonhuman primates did not have an equivalent to the temporoparietal junction, which activates when humans think about the beliefs, desires, and goals of others. But new research on rhesus macaques from Platt, postdoctoral fellow Wei Song Ong, and Duke University postdoctoral fellow Seth Madlon-Kay confirms that an area called the middle superior temporal sulcus (mSTS) actually plays a similar role.

What’s more, analyzing the firing rates of neurons in those two sections of the brain as the macaques engage in a task together—one in which the reward for each participant depends, in part, on how the two cooperate—reveals a high level of strategic decision-making, findings Platt and colleagues published in the journal Nature Neuroscience.

To test the research team’s theories about the role of these brain regions, Ong created an experiment akin to a modified game of chicken. In the best-known version, participants face off and move toward each other in actual cars; the one who swerves to avoid the collision is the chicken. “Here, each monkey uses a joystick to control a circle or ring, which we call a car,” Platt says. “They have about 10 seconds to decide whether to drive the car straight or turn it to the side.”

In either direction, the macaques see tokens proportional to the juice reward they would receive for driving to each spot. “The temptation is to drive forward because there is typically more reward there,” he says. “But if they both drive forward, they ‘crash,’ and no one gets a reward.” The researchers also placed a white bar behind the side tokens; if the participants coordinated their behavior, turning to that spot at the same time, they could unlock the extra reward.

“It’s a way to give them the opportunity to work together,” Platt says. “It’s never more reward than going forward, but it’s an intermediate. It’s better than losing.”

The researchers observed the behavior in each trial to determine, first and foremost, whether the macaques understood the rules. “The initial pass at the data shows they do,” says Platt. “They follow the payoffs. They’re more or less performing optimally.” The researchers then built a computational model of the behavior, progressively adding in components—previous actions, number of tokens available, actions of the partner participant—to explain what was happening. Finally, they used the parameters from the model as variables in trying to understand what information the neurons in each area were encoding.

“This is a really interesting outcome,” Platt says. “It tells us a lot about how sophisticated monkeys are in terms of their social reasoning. It tells us something about the process unfolding in the brain as we interact with another individual and make decisions for or against each other. And it tells us that our ability to cooperate, to work together in societies, emerged from ancestral adaptations that evolved some 20 million years ago.”

In the future, Platt says he would like to test the findings on more realistic tasks and situations, to determine whether they hold up in real-world scenarios.

For now, the latest research brings the team nearer to comprehending what happens in the brain during humans’ decision-making process. “We are closer to understanding, in a general sense, how this system works,” he says, “how differences in the way this system functions in different people might be associated with different types of social decisions.”

We recorded neural activity in male monkeys playing a variant of the game ‘chicken’ in which they made decisions to cooperate or not cooperate to obtain rewards of different sizes. Neurons in the middle superior temporal sulcus (mSTS)—previously implicated in social perception—signaled strategic information, including payoffs, intentions of the other player, reward outcomes and predictions about the other player. Moreover, a subpopulation of mSTS neurons selectively signaled cooperatively obtained rewards. Neurons in the anterior cingulate gyrus, previously implicated in vicarious reinforcement and empathy, carried less information about strategic variables, especially cooperative reward. Strategic signals were not reducible to perceptual information about the other player or motor contingencies. These findings suggest that the capacity to compute models of other agents has deep roots in the strategic social behavior of primates and that the anterior cingulate gyrus and the mSTS support these computations.

With So Many Unknowns, We’re Not Sold on CBD

Brain Circuitry for Both Positive and Negative Valence Affected by Trauma