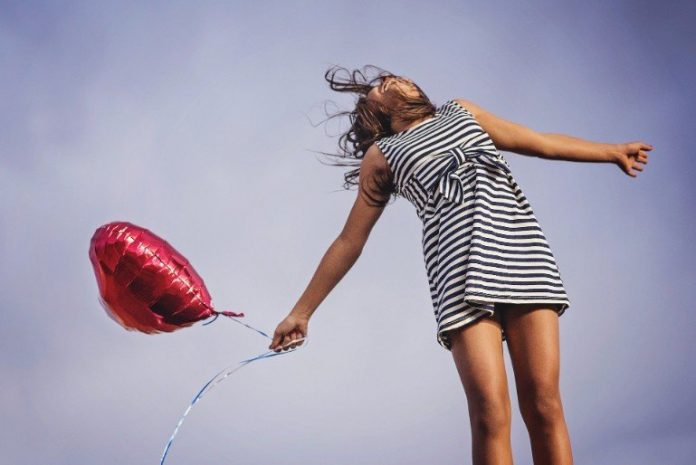 Summary: Study concludes one reason we may make unwise decisions is our preference for a positive outcome.

“All’s well that ends well”, wrote William Shakespeare over 400 years ago. The words may still seem to ring true today, but turns out they don’t. We have just busted the old myth in a recent brain imaging experiment, published in the Journal of Neuroscience.

Experiences that end well are not necessarily good overall and experiences that end less well are not necessarily all that bad. For example, if you play five rounds of poker you get more overall enjoyment from winning twice in the middle than once at the end – but we don’t always realise this. In fact, one of the numerous foibles that prompt us to make poor decisions is an unwarranted preference for happy endings.

A happy ending means things got better as the experience unfolded. However focusing on happy endings can make us neglect what happened along the way. A happy ending may be brief and come after a long period of mediocrity.

Most of us enjoy it when our pleasant experiences are as long as possible, but at the same time we want things to end well. When Dumbledore died at the end of the Harry Potter film, some people might have felt that their whole experience was ruined. But enjoyment that has already been had should not be discounted because of a disappointing end. A long holiday with brilliant weather except for the last day is not worse overall than a much shorter holiday with good weather throughout.

However, this is exactly how some people feel about past experiences. And this obsession with things getting better and better all the time is a Banker’s Fallacy – focusing on short-term growth at the expense of long-term outcome. The core of the problem is a difference between what we enjoy while it lasts and what we want again after the final impression. Fixating on the happy end only maximises our final impression, not our overall enjoyment.

The neuroscience of happy endings

To examine this phenomenon, we invited 27 volunteers to take part in a virtual gambling experiment. The participants watched pots of money on a computer screen as gold coins of different sizes dropped into the pots one by one. A happy ending would be one where larger gold coins dropped at the end of the sequence.

The experiment took place in an MRI scanner, which allowed us to monitor the brain’s activity as the participants examined pairs of sequences of gold coins. After each pair they got to decide which pot they preferred.

It turned out that there is a good reason why people are attracted to happy endings. Computational analyses of the brain recordings showed that we register the value of an experience in two distinct brain regions. The overall value is encoded in a brain region called the amygdala, which has a mixed reputation. It has been argued that amygdala activation mediates emotional responses that can lead to irrational behaviour, but it has also been shown that it can rationally encode the outcome of economic saving strategies.

But the amygdala’s influence on decision making is marked down by disincentive activity in a region called the anterior insula if a previous experience doesn’t end well. The anterior insula is sometimes associated with processing negative experiences, such as disgust – suggesting that some people are actively repulsed by the unhappy end.

In the gambling experiment, good decision makers picked the pots with the most money in total, regardless of whether they got larger gold coins at the end. They showed a strong representation of the overall value in the amygdala, whereas suboptimal decision makers had stronger activity in the anterior insula. In other words, good decision makers need to be able to overrule a displeasing impression of an experience, such as an unhappy end.

Let’s say you are going out for dinner and you chose between a Greek and an Italian restaurant where you’ve been before – essentially asking your brain to compute which meal was best last time. If all the dishes in the Greek restaurant were “quite good” then clearly the whole dinner was “quite good”. But if the Italian starter was “so so”, the main dish was only “alright” but the tiramisu at the end was amazing, then you might have formed an overly positive impression of that Italian restaurant because the meal had a happy ending.

Since these brain mechanisms operate whether we want it or not, they may be reinforced by human culture with its interest in manipulating our perceptions through advertising, propaganda, fake news and so forth – exploiting our susceptibility to narrative and storytelling. No one is immune to advertising. The more institutions manipulate our thinking, the more our capacity to make good decisions is threatened.

Our intuitive brain really needs intervention from our more deliberate thinking processes to help us resist fake news and other manipulation. Most of us already know how to do this for example by writing a list of pros and cons to support ourselves into wiser decisions, rather than relying on our gut feeling.

So it’s not only Shakespeare who was wrong. If our daily behaviour becomes too narrowly focused on the immediate past, we’re missing out. We need to stop and think about what we are doing using our prefrontal cortex and overrule these impulses and focus on the most relevant aspect of the decision.

Funding: Martin D. Vestergaard is a Fellow and trustee of Wolfson College Cambridge. This research was supported by Wellcome Trust Grants 095495 and 204811, and European Research Council Advanced Grant ERC-2011-AdG 293549.

About this neuroscience and psychology research news

Not every reader’s struggle is the same