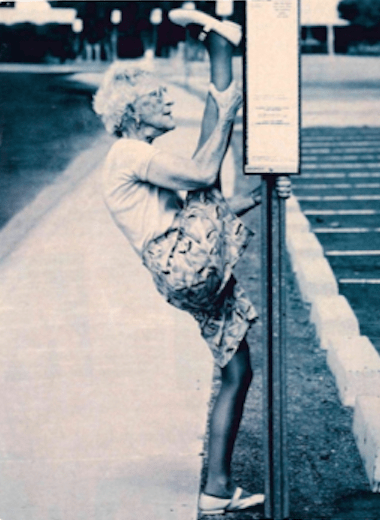 Age is not synonymous with poor health, but Alzheimer type dementia (AD) is a disease of the brain for which age is the biggest risk factor – the older you are, the greater your risk of developing the disease.  But it certainly is not inevitable, and in the School of Psychology, we have been exploring some of the other risk factors that play a significant role in determining who ages well and who develops changes in the brain and cognition that indicate all is not progressing normally.

Alzheimer type dementia doesn’t happen overnight.  It involves a gradual process of change, transition states that progress idiosyncratically in each individual. And we know that they make be happening for several decades before the ‘classic’ symptoms of AD -memory problems and difficulties with independent living – begin to show.

In collaboration with colleagues in BSMS, we have been studying the changes from early adulthood onwards that occur in carriers of a variant of the Apolipoprotein E (APOE) gene.  APOE functions to regulate the movement of cholesterol around the body but like many genes, it comes in different ‘allelic’ variations. Everyone has two alleles, some combination of 2 of its 3 major alleles: e2, e3, e4.  Most of the population have two e3s; but around 20% of the population carry at least one e4 allele. The e3 and e4 alleles differ by one amino acid, but having an e4 rather than an e3 allele vastly changes your lifetime risk for Alzheimer type dementia – around 4-fold if you have a single e4 and around 12-fold you have a double e4.  Your individual APOE genotype therefore represents an important risk factor for late-onset AD.

Through funding from the BBSRC, the Alzheimer’s Society, and some additional funded PhD posts, we have been researching APOE associations with cognition and brain changes across adulthood. The research topics have included human brain imaging, human cognition, as well as brain imaging and behaviour in transgenic animals. We have identified subtle differences in brain and behaviour that help to build a detailed picture of the changes that mark accelerated ageing and potential for pathological trajectories, including brain energy differences, brain structural changes, and differences in performance on certain cognitive tasks. Our work has highlighted that even from early adulthood, carrying an e4 allele means that your brain is behaving differently.  The image below is a composite image showing brain regions where our studies have indicated that the e4 brain is working harder than a typical e3 brain.

Our work has shown that as we get older, the brain regions identified in this image gradually activate less well – they seem to age prematurely. Our ongoing animal studies include work translating human tests of cognition into mouse behavioural paradigms, so that we can explore this effect more clearly across the age span, and in highly specific brain regions.  Our ongoing human studies are exploring early blood-brain barrier changes, and computational measures of brain region inter-connectivity between APOEe3 and APOEe4 individuals, with a focus on specific key regions of the brain. We are excited also to welcome back Dr Claire Lancaster, who completed her PhD with us in 2018, and who has been awarded an Alzheimer’s Society Research Fellowship to explore the detailed consequences of, and the potential ways to counter, the early brain changes observed in APOEe4 carriers.

This exciting work is complemented by additional studies being completed in the School of Life Sciences that focus down on the cellular mechanisms that drive these changes.

Our work is contributing to developing a detailed picture of one of the key risk factors for late onset AD.  We take this opportunity to thank all of those individuals who have given their time by volunteering to participate in our research studies.  We couldn’t have done it without you.

Jenny Rusted is a Professor of Experimental Psychology in the Behavioural and Clinical Neuroscience Group. She specialises in dementia and cognitive ageing and is co-director of the Alzheimer’s Society Doctoral Training Centre.

Why Botox®, Myobloc®, and Dysport® Are So Important To Our Movement Disorders Specialists