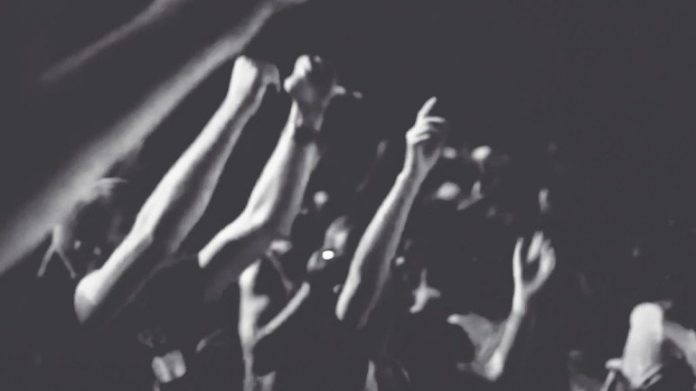 Summary: People with strong moral and political convictions who saw images of protestors congruent to their own views showed activation in the brain’s reward system. The study suggests violent acts in political protests can arise as a desire to act morally, rather than from bad intentions.

Psychologists have often studied the “bright side” of morality—its role in promoting cooperation, for example. But new research from the University of Chicago suggests that morality also has a “dark side”: Sometimes, social values held with moral conviction can be used to justify violence.

The study, led by Prof. Jean Decety, used MRI scanning to map participants’ evaluations of photos of political violence—defined as physical assaults of other people, not property damage—that were either aligned with or contrary to the views they held.

“When study participants held strong moral convictions and saw photos of violent protests that were congruent with their own views, we detected activation in the reward system in the brain—almost as if the violence was a ‘valuable’ thing,” said Decety, a cognitive neuroscientist and leading scholar of moral psychology.

The study’s finding may seem surprising because it suggests that violence can result from a desire to act morally, rather than from bad intentions or a lack of impulse control. But by examining the neural responses people have toward images of ideological violence, the neuroscientists have shed light on how the brain processes what would appear to be conflicting motivators: A prohibition against violence and a desire to act virtuously.

Throughout history, Decety argues, violence has often resulted from people trying to impose their social values and norms. In such cases, moral values exert a powerful motivational force in guiding people to pursue certain goals and desirable outcomes.

“Political violence is not necessarily caused by ill-intentioned people. It’s that people really want to be virtuous, and they want to convince others to follow their social norms—and that may include violent means,” said Decety, the Irving B. Harris Distinguished Service Professor in the Departments of Psychology and Psychiatry.

Amid increasing polarization and political violence in the U.S. and around the world, Decety wondered what was going through the minds of people who used physical force to protest or silence their opponents. So, as a first step towards understanding the relationship between moral conviction and ideologically motivated violence, he and his research team recruited participants from Chicago for the study, which sought to elucidate some of the neural mechanisms underlying support for political violence.

The participants filled out a detailed survey about their own political views, both generally and on specific issues that are traditionally associated with either liberal or conservative politics (e.g., abortion rights, tax cuts). Then, the participants were shown photos of actual violent protests that were ostensibly aligned with or opposed to their own positions and asked to rate their appropriateness.

While the participants completed the task, their brains were scanned with MRI technology that allowed the neuroscientists to identify which neural pathways were involved. The researchers hypothesized that moral convictions would modulate beliefs about the appropriateness of violence in one of two ways: by reducing inhibitory control, or by increasing the subjective value of violence.

The study results support the second hypothesis, according to the authors. “Our findings suggest people’s moral convictions were important enough that they didn’t have to think about inhibiting an impulse towards violence,” Workman said. “That is, they thought they were seeing people do what was socially valuable.”

The results suggest that when people hold social views with moral conviction, those views potentially facilitate support for or acceptance of ideological violence. The authors are hopeful that the results of the study and related future work can help inform potential interventions.

They also note that the study does not address the likelihood of someone actually perpetuating violence. The responses shown by study participants may be reflective of bystander perceptions, rather than how violent actors might react under similar conditions.

“If we better understand the psychological mechanisms of the dark side of morality, then maybe we can do something to facilitate mutual understanding and tolerance in the future,” Decety said.

One limitation of the study is that the sample size of conservative and moderate individuals—two and five, respectively—was too small to be statistically useful, so the data reported were only from 32 participants who self-identified as holding liberal sociopolitical views.

However, Decety says there is no reason to expect that neural mechanisms would have been different in conservatives, provided that they were equally morally convicted about issues that mattered to them. Current work in the Decety Lab is focused on establishing if these findings apply more broadly across sociopolitical groups, and is using other advanced neural imaging tools to examine the speed at which such moral decisions to support violence happen in the brain and how they are impacted by the social influence of others.

The study is part of a series that is exploring the neurological and computational mechanisms underlying a variety of sociopolitical issues at a more granular level over the next few years.

People are motivated by shared social values that, when held with moral conviction, can serve as compelling mandates capable of facilitating support for ideological violence. The current study examined this dark side of morality by identifying specific cognitive and neural mechanisms associated with beliefs about the appropriateness of sociopolitical violence, and determining the extent to which the engagement of these mechanisms was predicted by moral convictions. Participants reported their moral convictions about a variety of sociopolitical issues prior to undergoing functional MRI scanning. During scanning, they were asked to evaluate the appropriateness of violent protests that were ostensibly congruent or incongruent with their views about sociopolitical issues. Complementary univariate and multivariate analytical strategies comparing neural responses to congruent and incongruent violence identified neural mechanisms implicated in processing salience and in the encoding of subjective value. As predicted, neuro-hemodynamic response was modulated parametrically by individuals’ beliefs about the appropriateness of congruent relative to incongruent sociopolitical violence in ventromedial prefrontal cortex, and by moral conviction in ventral striatum. Overall moral conviction was predicted by neural response to congruent relative to incongruent violence in amygdala. Together, these findings indicate that moral conviction about sociopolitical issues serves to increase their subjective value, overriding natural aversion to interpersonal harm.

No, Jill Biden Should Not Be Called “Doctor”… But Only Because No One Should

Loneliness Associated With Increased Risk of Dementia in Older Adults