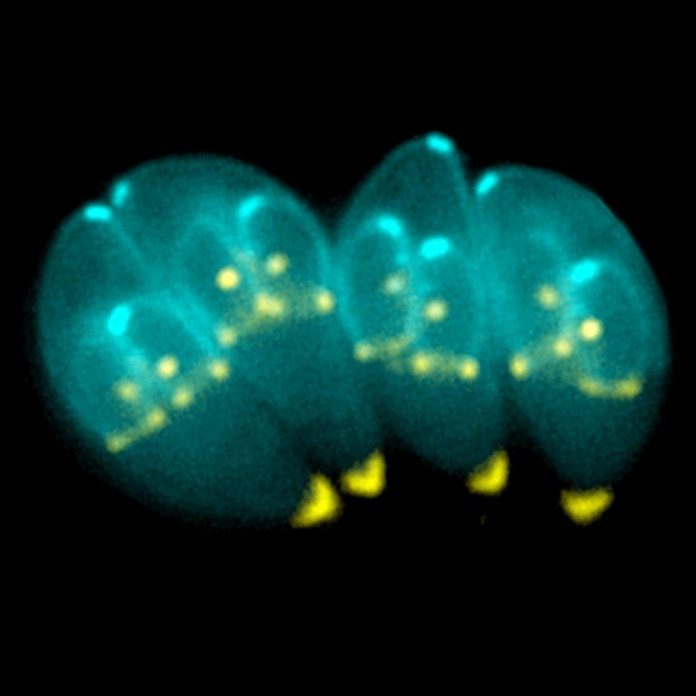 Summary: Behavioral changes in those with T.gondii infection could be linked to lower levels of norepinephrine. Norepinephrine also controls inflammation. Both neuroinflammation and norepinephrine are associated with a range of psychiatric disorders including schizophrenia and ADHD.

New research into how a common parasite infection alters human behavior could help in the development of treatments for schizophrenia and other neurological disorders.

Scientists say behaviour changes in those infected with T. gondii, which currently infects 2.5 billion people worldwide and causes the disease Toxoplasmosis, could be linked to lowered amounts of norepinephrine, a chemical released in the brain as part of the stress response. Norephinephrine also controls neuroinflammation, the activation of the brain’s immune system against infection.

Norepinephrine and neuroinflammation are associated with neuropsychological disorders such as schizophrenia, Alzheimer’s disease, and ADHD.

Although usually considered asymptomatic in humans, T. gondii infection can cause headache, confusion and seizures in others as well as an increased susceptibility to schizophrenia – and can be fatal to immunocompromised patients.

T. gondii can only sexually reproduce in cats. It forms cysts which are shed in the cat’s faeces. It makes its way into new hosts through ingestion of anything contaminated by these cysts, such as water, soil or vegetables; through blood transfusions, from unpasteurised goat’s milk; eating raw or undercooked meat, or from mother to foetus.

After a few weeks, the infection enters a dormant phase, whereupon cysts form in the brain. They can remain there for many years, possibly for life. It is during this stage that infection decreases the regulator of the brain’s immune response norepinephrine.

The mechanisms by which the parasite affects brain function have been poorly understood. But research led by the University of Leeds and Université de Toulouse now suggests that the parasite’s ability to reduce norepinephrine interrupts control of immune system activation, enabling an overactive immune response which may alter the host’s cognitive states.

The findings – Noradrenergic Signaling and Neuroinflammation Crosstalk Regulates Toxoplasma gondii-Induced Behavioral Changes – have been published in Trends in Immunology.

Glenn McConkey, Associate Professor of Heredity, Disease, and Development at Leeds’ School of Biology, who published the research, said: “Our insight connects the two opposing theories for how Toxoplasma alters host behaviour and this may apply to other infections of the nervous system. One school believes that behaviour changes are invoked by the immune response to infection and the other that changes are due to altered neurotransmitters.”

“This research will contribute to the great need in understanding how brain inflammation is connected to cognition, which is essential for the future development of antipsychotic treatments.”

Infections of the nervous system elicit neuroimmune responses and alter neurotransmission, affecting host neurological functions. Chronic infection with the apicomplexan parasiteToxoplasma correlates with certain neurological disorders in humans and alters behavior in rodents. Here, we propose that the crosstalk between neurotransmission and neuroinflammation may underlie some of these cognitive changes. We discuss howT. gondii infection suppresses noradrenergic signaling and how the restoration of this pathway improves behavioral aberrations, suggesting that altered neurotransmission and neuroimmune responses may act in concert to perturb behavior. This interaction might apply to other infectious agents, such as viruses, that elicit cognitive changes. We hypothesize that neurotransmitter signaling in immune cells can contribute to behavioral changes associated with brain infection, offering opportunities for potential therapeutic targeting.