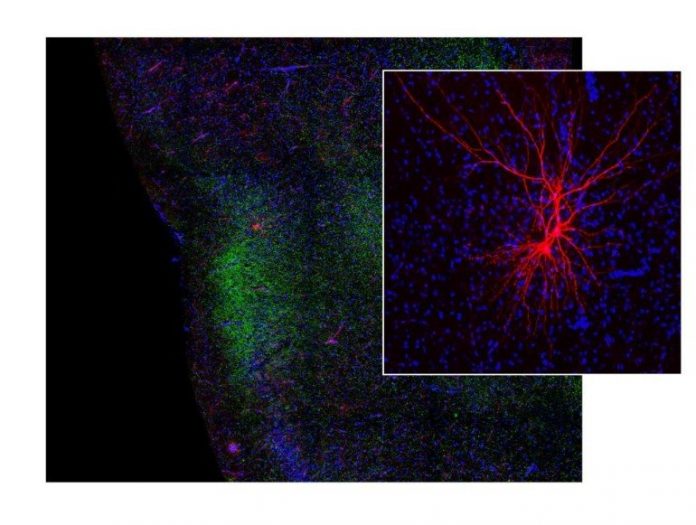 Summary: Learning to avoid certain tastes depends on the long term reduction in activity the connections between threat and taste sensors in the brain.

A new study showing how a stomach ache associated with a novel, appealing food forms an aversion to that food also reveals how areas of the brain may work together to alter behavior based on good or bad experiences. Led by Stony Brook University researchers, the study is published in eLife.

The study involved conditioning rats to dislike the taste of sugar water, something they normally would like, by creating a mild digestive malaise after consumption. A powerful memory is formed when a pleasant taste is associated gastrointestinal pain, similar to an experience with food poisoning that results in an aversion to that food. How the brain works in this process to form a long lasting memory has been debated by scientists.

According to Arianna Maffei, Ph.D., Senior Author and Professor in the Department of Neurobiology and Behavior in the College of Arts and Sciences and Renaissance School of Medicine at Stony Brook University, the areas of the brain involved in this form or learning—the basolateral amygdala and the portion of the insular cortex involved in taste processing (gustatory cortex) have been known for some time, but there is no clear understanding of how they may work together during learning.

Maffei, Melissa Haley, a postdoctoral fellow in the Maffei Lab, and colleagues investigated the neural mechanisms behind the taste aversion response. They used optogenetics, a technique that combines light and genetic information to control neurons in the brain and recorded behavioral reactions and neural pathways involved in taste and threat.

They discovered that conditioned taste aversion learning decreases the strength of the synaptic connection between basolateral amygdala and gustatory cortex and leads to an overall decreased activation of neurons in the gustatory cortex—a different process from the widely accepted idea that to form a memory, neurons need to be active at the same time.

“Our experiments provide the first direct evidence that learning to avoid certain tastes depends on the long-term reduction in the activity in connections between taste and threat sensors in the brain,” says Haley.

“The findings also suggest reducing the activity between two brain centers can be an important way in which animals learn other behaviors, which adds to our understanding of the processes that enable the formation of memories and lead to changes in behavior.”

“These results link reduced communication between the taste and threat-processing centers to a change in taste preference and shows that changes in communication between brain centers can influence the way animals perceive and behave toward things that make them feel good or bad,” says Maffei.

Both Haley and Maffei emphasize that the discovery could have broader implications in the area of neurobiology intervention for helping people to break addictions to harmful substances. They say additional research may provide further evidence on how these regions of the brain work toward taste and other related aversions.

LTD at amygdalocortical synapses as a novel mechanism for hedonic learning

A novel, pleasant taste stimulus becomes aversive if associated with gastric malaise, a form of learning known as conditioned taste aversion (CTA). CTA is common to vertebrates and invertebrates and is an important survival response: eating the wrong food may be deadly. CTA depends on the gustatory portion of the insular cortex (GC) and the basolateral nucleus of the amygdala (BLA) however, its synaptic underpinnings are unknown. Here we report that CTA was associated with decreased expression of immediate early genes in rat GC of both sexes, and with reduced amplitude of BLA-GC synaptic responses, pointing to long-term depression (LTD) as a mechanism for learning. Indeed, association of a novel tastant with induction of LTD at the BLA-GC input in vivo was sufficient to change the hedonic value of a taste stimulus. Our results demonstrate a direct role for amygdalocortical LTD in taste aversion learning.

Everything We See Is a Mash-up of the Brain’s Last 15 Seconds of Visual...