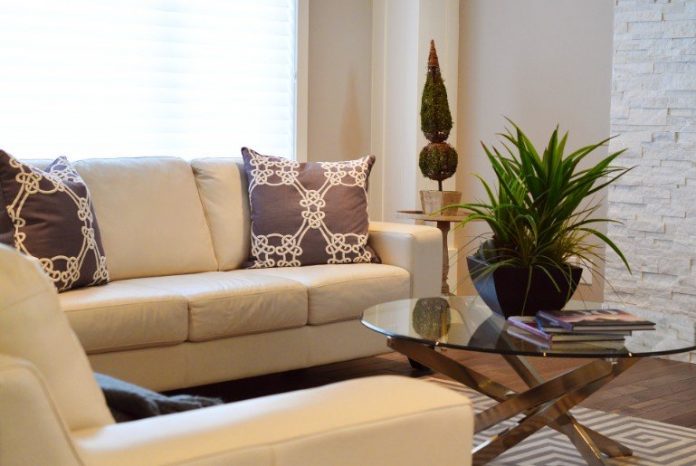 Summary: PBDEs, common flame retardants found on household furniture, caused an increased risk of diabetes in mice only exposed to the chemicals through their mother’s milk. In addition to increased glucose intolerance, researchers also noted higher levels of endocannabinoid in the livers of the offspring of mice exposed to PBDEs.

A new UC Riverside study shows flame retardants found in nearly every American home cause mice to give birth to offspring that become diabetic.

These flame retardants, called PBDEs, have been associated with diabetes in adult humans. This study demonstrates that PBDEs cause diabetes in mice only exposed to the chemical through their mothers.

“The mice received PBDEs from their mothers while they were in the womb and as young babies through mother’s milk,” said Elena Kozlova, lead study author, and UC Riverside neuroscience doctoral student. “Remarkably, in adulthood, long after the exposure to the chemicals, the female offspring developed diabetes.”

Results of the study have been published in the journal Scientific Reports.

PBDEs are common household chemicals added to furniture, upholstery, and electronics to prevent fires. They get released into the air people breathe at home, in their cars, and in airplanes because their chemical bond to surfaces is weak.

“PBDEs are everywhere in the home. They’re impossible to completely avoid,” said UCR neuroscientist and corresponding author of the study, Dr. Margarita Curras-Collazo.

“Even though the most harmful PBDEs have been banned from production and import into the U.S., inadequate recycling of products that contain them has continued to leach PBDEs into water, soil, and air. As a result, researchers continue to find them in human blood, fat, fetal tissues, as well as maternal breast milk in countries worldwide.”

Given their previous association with diabetes in adult men and women, and in pregnant women, Curras-Collazo and her team wanted to understand whether these chemicals could have harmful effects on children of PBDE-exposed mothers. But such experiments can only be done on mice.

Diabetes leads to elevated levels of blood glucose, or blood sugar. After a meal, the pancreas releases insulin, a hormone that helps cells utilize glucose sugar from food. When cells are resistant to insulin, it doesn’t work as intended, and levels of glucose remain high in the blood even when no food has been eaten.

Chronically high levels of glucose can cause damage to the eyes, kidneys, heart, and nerves. It can also lead to life-threatening conditions.

“This study is unique because we tested both the mothers and their offspring for all the hallmarks of diabetes exhibited in humans,” Curras-Collazo said. “This kind of testing has not been done before, especially on female offspring.”

The researchers gave PBDEs to the mouse mothers at low levels comparable to average human environmental exposure both during pregnancy and lactation.

All of the babies developed glucose intolerance, high fasting glucose levels, insulin insensitivity, and low blood insulin levels, which are all hallmarks of diabetes. In addition, researchers also found the babies had high levels of endocannabinoids in the liver, which are molecules associated with appetite, metabolism, and obesity.

Though the mothers developed some glucose intolerance, they weren’t as affected as their offspring.

“Our findings indicate that chemicals in the environment, like PBDEs, can be transferred from mother to offspring, and exposure to them during the early developmental period is damaging to health,” Curras-Collazo said.

The research team feels future longitudinal studies in humans are needed to determine the long-term consequences of early-life PBDE exposure.

“We need to know if human babies exposed to PBDEs both before and after birth go on to become diabetic children and adults,” Kozlova said.

In the meantime, Curras-Collazo advises people to limit PBDE exposure by taking steps such as washing hands before eating, vacuuming frequently, and buying furniture and other products that do not contain it. She also hopes expectant mothers are well informed about stealth environmental chemicals that can affect their unborn and developing children, as well as their breast milk.

“We believe the benefits babies get from mothers’ milk far outweigh the risks of passing on the PBDEs to children. We do not recommend curtailing breastfeeding,” she said. “But let’s advocate for protecting breast milk and our bodies from killer couch chemicals.”

About this diabetes research news

The 7 most devastating viral neurological infections – The Neurology Lounge

COVID Non-Compliers Are Less Open to New Ideas, More Extroverted and Driven by Self Interest

Greg Hitchcock: Voices, Visions, and the Power of Creating