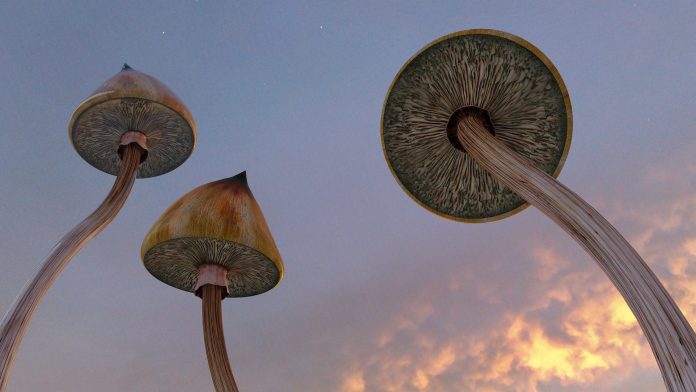 A new study offers promising results for psilocybin-assisted psychotherapy for depression—but these results must be considered preliminary. The data indicated that 54% of those receiving the treatment remitted (no longer met the criteria for depression after four weeks). Still, there was no placebo-controlled group to which the results could be compared. The placebo response rate for depression is usually estimated as falling between 40% and 50%, but some studies have found placebo responses as high as 70%.

The researchers write, “Further studies are needed with active treatment or placebo controls and in larger and more diverse populations.”

Without a placebo-controlled group to which we can compare these results, it is unclear if the findings are due to the drug, the psychotherapy, or a placebo effect. Previous research has indicated that much, if not all, of the improvement in these cases, may be due to all of the aspects surrounding the drug use—preparation, expectation, relationships, a healing setting, an explanation of improvement, and a ritual.

The current study, published in JAMA Psychiatry, was led by Alan K. Davis and Roland R. Griffiths at Johns Hopkins School of Medicine. Psilocybin is a recreationally used psychedelic (hallucinogenic) drug found in certain varieties of mushrooms. Experimental treatments using recreational drugs for depression have been gaining more attention lately, although results are still unclear, and controversies have plagued the therapies.

Davis and Griffiths’ new study was small—including just 13 people randomly assigned to the psychedelic-assisted therapy group, and 11 people randomly assigned to a waitlist control group. Results were measured at multiple time points after the intervention. After 8 weeks, the 11 waitlisted participants also received the drug-assisted therapy, and their results were also included, although there is no comparison group for these participants.

In this study, the intervention included 18 sessions of “supportive psychotherapy,” as well as two-day-long hallucinogenic drug sessions during which two “facilitators were present in the room and available to respond to participants’ physical and emotional needs.”

The primary outcomes were the response to treatment (improvement of at least 50% on the GRID-HAMD) and remission of symptoms (score of less than 8 on the GRID-HAMD). A huge battery of secondary measures was also given to the participants, including multiple other depression rating scales, anxiety scales, scales of mystical experiences, and questions about potential side effects.

The primary results were promising: the average GRID-HAMD score before treatment was 22.9; it was reduced to 8.0 at week 5 and 8.5 at week 8. One week after the intervention, 67% of the participants had improved by at least 50% (response to treatment); this increased to 71% by week 4. Additionally, one week after the intervention, 58% were considered “remitted” (scored less than 8 on the GRID-HAMD); at week 4, it was 54%.

According to the researchers, their results indicate that this intervention may be better than antidepressant prescription:

“The effectiveness of psilocybin therapy after a single or only a few administrations represents another substantial advantage over commonly used antidepressants that require daily administration.”

Again, it is unclear how these results would stack up against psychotherapy alone or placebo drug sessions, as the researchers did not include placebo-controlled or psychotherapy-alone groups. However, women have been found more likely to improve when taking placebo, which could be a factor here, as roughly two-thirds of the participants in this study were women.

Interestingly, during their psychedelic sessions, a wide assortment of potentially frightening or dangerous experiences occurred. Here’s a selection (not a comprehensive list):

92% of the participants felt like crying, 79% felt sadness, 77% felt emotional and/or physical suffering, 60% felt grief, 58% felt isolation and loneliness, 48% felt despair, 40% felt panic, 33% felt that something horrible would happen, and 31% had the profound experience of their own death

Additionally, 29% felt that they were going insane, 17% felt antagonistic toward the people around them, and 8% felt that people were plotting against them. 33% experienced headaches, and one person experienced high blood pressure.

The researchers write that “given that psilocybin was associated with nonserious adverse effects that were frequently reported as mild-to-moderate headache and challenging emotions that were limited to the time of sessions,” this therapy may provide a less dangerous alternative to antidepressants, which have a host of long-term adverse effects.

There were a number of limitations to the study, making these results preliminary, even if promising.

First, the size of the study was very small. 13 participants took part in the initial psilocybin-assisted therapy session, and they were compared with 11 participants who were waitlisted. Small studies like this run the risk of being biased just due to chance, and a difference of one or two participants can considerably shift the results.

For instance, consider a poll of 13 people regarding the US election. If 6 of those people predicted a Biden win, and 7 predicted a Trump win, the statistical conclusion is that Biden would have a 46% chance of winning the election. If a single person changed their mind, this jumps up to a 54% chance, completely changing the outcome. If another person changes their mind, it jumps to 62%.

Likewise, in a small study like this, if one or two people randomly improve, that can considerably change the percentage of people expected to improve due to the treatment.

Having a waitlist control group, as this study did, is a legitimate strategy for mitigating this effect; it is intended to control for the possibility of spontaneous remission. Many people with a diagnosis of depression do improve without any treatment at all. The waitlist group should compare how many people in the study would be expected to do so. However, again, when the study is this small, a difference of one or two people due to chance can considerably alter the results.

The study was single-blinded, which is also a legitimate strategy for preventing one type of bias; this means that the researchers who assessed whether symptoms improved did not know whether the participants belonged to the psilocybin group or the waitlist group. If done well, this effectively controls for the researchers’ biases about the outcome.

However, the participants themselves were not blinded—they were aware of whether they were on a waitlist or receiving a hallucinogenic drug experience. This means that the placebo effect was not controlled at all. Because the researchers did not include a placebo-controlled group, it is unknown whether a placebo drug experience would have resulted in the same improvement—or if psychotherapy alone could have resulted in that improvement.

Unfortunately, the waitlist control group doesn’t provide a good comparison for any of these experiences.

Decades of Alzheimer’s Research Allegedly Based on Fabricated Data

Did the Victorians have faster reactions? – Mind Hacks