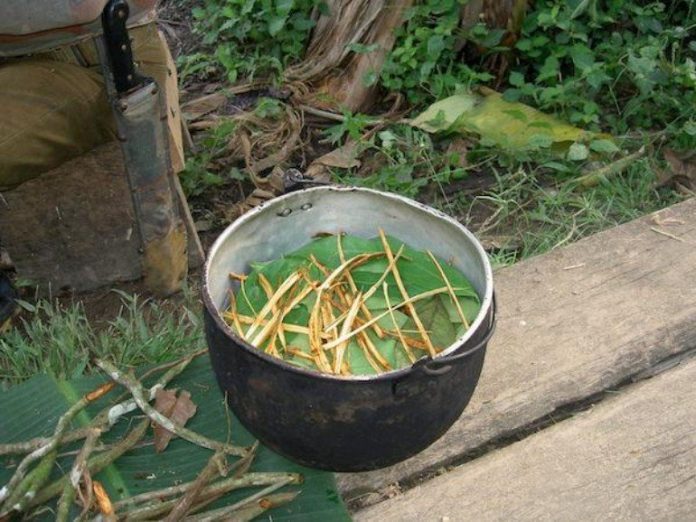 One of the main natural components of ayahuasca tea, dimethyltryptamine (DMT), promotes neurogenesis (the formation of new neurons) according to research led by the Complutense University of Madrid (UCM).

In addition to neurons, the infusion used for shamanic purposes also induces the formation of other neural cells such as astrocytes and oligodendrocytes.

“This capacity to modulate brain plasticity suggests that it has great therapeutic potential for a wide range of psychiatric and neurological disorders, including neurodegenerative diseases”, explained José Ángel Morales, a researcher in the UCM and CIBERNED Department of Cellular Biology.

The study, published in Translational Psychiatry, reports the results of four years of in vitro and in vivo experimentation on mice, demonstrating they exhibit “a greater cognitive capacity when treated with this substance”, according to José Antonio López, a researcher in the Faculty of Psychology at the UCM and co-author of the study.

Ayahuasca is produced by mixing two plants from the Amazon: the ayahuasca vine (Banisteriopsis caapi) and the chacruna shrub (Psychotria viridis).

The DMT in ayahuasca tea binds to a type-2A serotonergic brain receptor, which enhances its hallucinogenic effect. In this study, the receptor was changed to a sigma type receptor that does not have this effect, thus “greatly facilitating its future administration to patients”.

In neurodegenerative diseases, it is the death of certain types of neuron that causes the symptoms of pathologies such as Alzheimer’s and Parkinson’s. Although humans have the capacity to generate new neuronal cells, this depends on several factors and is not always possible.

“The challenge is to activate our dormant capacity to form neurons and thus replace the neurons that die as a result of the disease. This study shows that DMT is capable of activating neural stem cells and forming new neurons”, concluded Morales.

About this neurogenesis research news

N,N-dimethyltryptamine compound found in the hallucinogenic tea ayahuasca, regulates adult neurogenesis in vitro and in vivo

N,N-dimethyltryptamine (DMT) is a component of the ayahuasca brew traditionally used for ritual and therapeutic purposes across several South American countries. Here, we have examined, in vitro and vivo, the potential neurogenic effect of DMT. Our results demonstrate that DMT administration activates the main adult neurogenic niche, the subgranular zone of the dentate gyrus of the hippocampus, promoting newly generated neurons in the granular zone. Moreover, these mice performed better, compared to control non-treated animals, in memory tests, which suggest a functional relevance for the DMT-induced new production of neurons in the hippocampus. Interestingly, the neurogenic effect of DMT appears to involve signaling via sigma-1 receptor (S1R) activation since S1R antagonist blocked the neurogenic effect. Taken together, our results demonstrate that DMT treatment activates the subgranular neurogenic niche regulating the proliferation of neural stem cells, the migration of neuroblasts, and promoting the generation of new neurons in the hippocampus, therefore enhancing adult neurogenesis and improving spatial learning and memory tasks.

How We Know Whether and When to Pay Attention