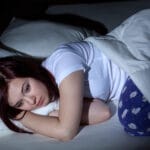 A new study finds a link between feelings of panic when a person is away from their smartphone and increased anxiety and obsessive-compulsive behavior. A related study found that these feelings are rampant among college students and lead to poor sleep quality.

In the first study, researchers at Ohio State University noted this panic is connected to feelings of inadequacy and inferiority.

“It is that fear, that panicky feeling, of ‘oh, no, I left my phone at home,’” said Dr. Ana-Paula Correia, an associate professor in the department of educational studies at OSU, director of Ohio State’s Center on Education and Training for Employment, and one of the authors of the study.

Published in the journal Computers in Human Behavior Reports, the study was based on Correia’s previous work, which created a questionnaire to evaluate people’s reliance on their smartphones. The study also explored the term “nomophobia,” defined as the fear of being away from your smartphone. Researchers are quick to note that nomophobia is not recognized as a diagnosis by the American Psychiatric Association.

For the study, researchers gave the nomophobia questionnaire to 495 adults between the ages of 18 to 24 in Portugal. The study participants reported using their phones for between four and seven hours a day, primarily for social networking applications.

The researchers also gave the participants another questionnaire that evaluated psychopathological symptoms, such as anxiety, obsession-compulsion, and feelings of inadequacy

The researchers discovered that the more participants used their smartphone each day, the more stress they reported feeling without their phone.

The researchers also discovered that gender doesn’t affect feelings of nomophobia. They reported that a little more than half of the study participants were female.

According to the researchers, the study’s results suggest that people experiencing tension might see their phones as a stress-management tool.

“This concept is about more than just the phone,” Correia said. “People use it for other tasks, including social media, connecting, knowing what’s going on with their social media influencers. So being away from the phone or the phone having a low battery can sort of sever that connection and leave some people with feelings of agitation.”

Nomophobia Can Lead to Poor Sleep

In a similar study, researchers found that nomophobia is extremely common among college students and is associated with poor sleep health.

Preliminary results of this study found that 89 percent of college students surveyed had moderate or severe nomophobia. And greater nomophobia was “significantly” related to greater daytime sleepiness and more behaviors associated with poor sleep quality, according to researchers at Hendrix College in Conway, Arkansas.

This study was published in an online supplement of the journal Sleep and was presented as a poster during Virtual SLEEP 2020, an annual meeting of the Associated Professional Sleep Societies, a joint venture of the American Academy of Sleep Medicine and the Sleep Research Society.

“We found that college students who experience more nomophobia were also more likely to experience sleepiness and poorer sleep hygiene, such as long naps and inconsistent bed and wake times,” said lead author Jennifer Peszka, Ph.D., a professor of psychology at Hendrix College.

While Peszka said she anticipated that nomophobia would be common among the students participating in the study, she was surprised by its high prevalence.

“Because our study suggests a connection between nomophobia and poorer sleep, it is interesting to consider what the implications will be if nomophobia severity continues to increase,” she said.

The study involved 327 university students with a mean age of 20 years. Participants completed several questionnaires, including the Nomophobia Questionnaire, the Epworth Sleepiness Scale, and the Sleep Hygiene Index.

And while a common recommendation for improving sleep habits is to limit phone use before and during bedtime, Peszka said that doesn’t work for people with nomophobia. Following this  recommendation could exacerbate bedtime anxiety and disrupt sleep, rather than improve it, she said.

“The recommendation to curtail bedtime phone use, which is meant to improve sleep and seems rather straightforward, might need adjustment or consideration for these individuals,” she said.

Working Memory Depends on Reciprocal Interactions Across the Brain

Pathway That Transitions Brain From Plasticity to Stability Discovered

Multiple Sclerosis Patients With Higher B Cell Counts Found to Have a Better Vaccine...