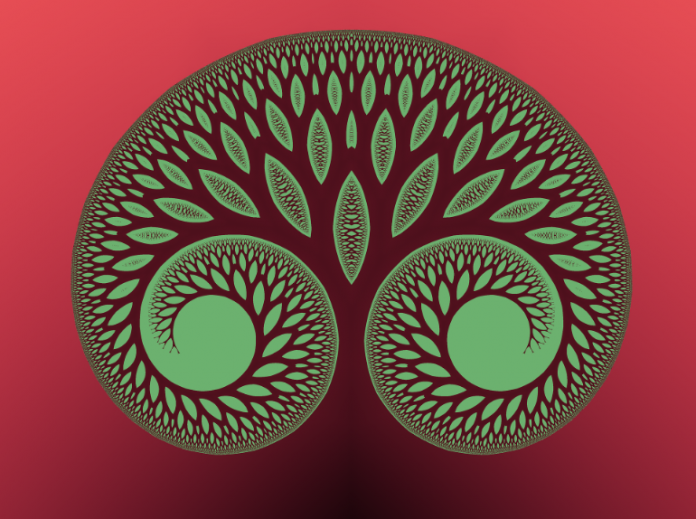 Summary: Two doses of psilocybin in combination with therapy rapidly and significantly reduces symptoms in those with major depressive disorder. The effects appear to last for up to four weeks.

In a small study of adults with major depression, Johns Hopkins Medicine researchers report that two doses of the psychedelic substance psilocybin, given with supportive psychotherapy, produced rapid and large reductions in depressive symptoms, with most participants showing improvement and half of study participants achieving remission through the four-week follow-up.

A compound found in so-called magic mushrooms, psilocybin produces visual and auditory hallucinations and profound changes in consciousness over a few hours after ingestion. In 2016, Johns Hopkins Medicine researchers first reported that treatment with psilocybin under psychologically supported conditions significantly relieved existential anxiety and depression in people with a life-threatening cancer diagnosis.

Now, the findings from the new study, published Nov. 4 in JAMA Psychiatry, suggest that psilocybin may be effective in the much wider population of patients who suffer from major depression than previously appreciated.

“The magnitude of the effect we saw was about four times larger than what clinical trials have shown for traditional antidepressants on the market,” says Alan Davis, Ph.D., adjunct assistant professor of psychiatry and behavioral sciences at the Johns Hopkins University School of Medicine. “Because most other depression treatments take weeks or months to work and may have undesirable effects, this could be a game changer if these findings hold up in future ‘gold-standard’ placebo-controlled clinical trials.” The published findings cover only a four-week follow-up in 24 participants, all of whom underwent two five-hour psilocybin sessions under the direction of the researchers.

“Because there are several types of major depressive disorders that may result in variation in how people respond to treatment, I was surprised that most of our study participants found the psilocybin treatment to be effective,” says Roland Griffiths, Ph.D., the Oliver Lee McCabe III Professor in the Neuropsychopharmacology of Consciousness at the Johns Hopkins University School of Medicine and director of the Johns Hopkins Center for Psychedelic and Consciousness Research.

He says the major depression treated in the new study may have been different than the “reactive” form of depression in patients they studied in the 2016 cancer trial. Griffiths says his team was encouraged by public health officials to explore psilocybin’s effects in the broader population of those with major depressive disorder because of the much larger potential public health impact.

For the new study, the researchers recruited 24 people with a long-term documented history of depression, most of whom experienced persisting symptoms for approximately two years before enrolling in the study. The average age of participants was 39; 16 were women; and 22 identified themselves as white, one person identified as Asian and one person identified as African American. Participants had to taper off any antidepressants prior to the study with the help of their personal physician to ensure safe exposure to this experimental treatment.

Treatment consisted of two psilocybin doses given by two clinical monitors who provided guidance and reassurance. The doses were given two weeks apart between August 2017 and April 2019 at the Johns Hopkins Bayview Medical Center Behavioral Biology Research Building. Each treatment session lasted approximately five hours, with the participant lying on a couch wearing eyeshades and headphones that played music, in the presence of the monitors.

For the entire group of 24 participants, 67% showed a more than 50% reduction in depression symptoms at the one-week follow-up and 71% at the four-week follow-up. Overall, four weeks post-treatment, 54% of participants were considered in remission – meaning they no longer qualified as being depressed.

“I believe this study to be a critically important proof of concept for the medical approval of psilocybin for treatment of depression, a condition I have personally struggled with for decades,” says entrepreneur and philanthropist Tim Ferriss, who supported the funding campaign for this study. “How do we explain the incredible magnitude and durability of effects? Treatment research with moderate to high doses of psychedelics may uncover entirely new paradigms for understanding and improving mood and mind. This is a taste of things to come from Johns Hopkins.”

The researchers say they will follow the participants for a year after the study to see how long the antidepressant effects of the psilocybin treatment last, and will report their findings in a later publication.

Griffiths, whose research with psilocybin, begun in the early 2000s, was initially viewed by some with skepticism and concern, says he is gratified by Johns Hopkins’ support and heartened by the dozens of startups and research labs that have followed suit with their own research. He says numerous companies are now actively working to develop marketable forms of psilocybin and related psychedelic substances.

According to the National Institute of Mental Health, more than 17 million people in the U.S. and 300 million people worldwide have experienced major depression.

Other authors on the study include Frederick Barrett, Darrick May, Mary Cosimano, Nathan Sepeda, Matthew Johnson and Patrick Finan, all of Johns Hopkins.

Funding: The study was supported by philanthropic donors The Steven and Alexandra Cohen Foundation, Tim Ferriss, Matt Mullenweg, Craig Nerenberg and Blake Mycoskie; as well as by grants from the Riverstyx Foundation and the National Institute on Drug Abuse (T32DA007209, R01DA003889, K23DA035915).

Original Research: The study will be published in JAMA Psychiatry

Rejoining the World After Isolation

People Who Think Luck Decides Their Fate Are at Elevated Risk of Severe Gum...