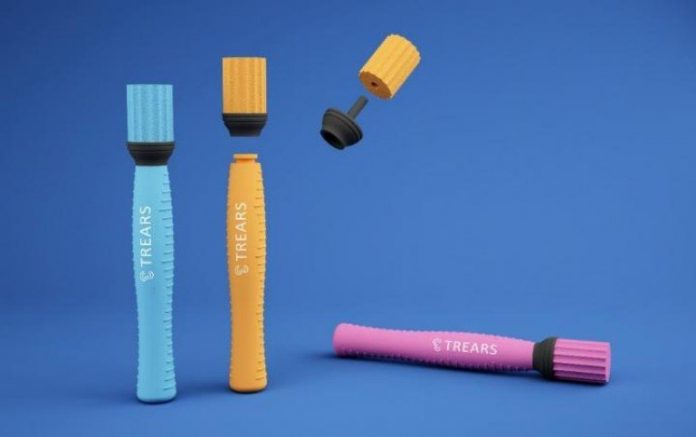 Summary: Researchers have developed a new device that is able to detect cortisol levels through sampling ear wax.

A novel method to sample earwax could be a cheap and effective way to measure the hormone cortisol, according to a study led by researchers at UCL and King’s College London.

The findings, published in the academic journal Heliyon, could point to new ways of monitoring depression and stress-linked conditions.

The new device can be used at home without clinical supervision, facilitating medical check-ups while maintaining social distancing due to COVID-19, and may also have the potential to measure glucose or COVID-19 antibodies that accumulate in earwax.

Lead researcher Dr Andres Herane-Vives (UCL Institute of Cognitive Neuroscience and Institute of Psychiatry, Psychology & Neuroscience, King’s College London) said: “Cortisol sampling is notoriously difficult, as levels of the hormone can fluctuate, so a sample might not be an accurate reflection of a person’s chronic cortisol levels. Moreover, sampling methods themselves can induce stress and influence the results.

“But cortisol levels in earwax appear to be more stable, and with our new device, it’s easy to take a sample and get it tested quickly, cheaply and effectively.”

Cortisol has been considered as a possible biomarker, or objective biological measure, for depression, but researchers have been stymied by challenges in accurately measuring cortisol levels. The most common technique is with hair samples, but they are more subject to short-term fluctuations in cortisol, and not everyone has enough hair for a reliable sample.

It is also more time-consuming and expensive to analyse hair samples, compared to earwax, but until now there has not been a reliable and non-stressful method to sample earwax.

To develop the new device, Dr Herane-Vives was inspired by another natural wax, honeycomb from bees, as it is known to be well-preserved and resistant to bacterial contamination. Earwax has similar properties, making it well suited for home sampling, as samples can be sent to a lab by post without much risk of contamination.

The novel earwax self-sampling device is similar to a cotton swab, but with a brake that stops the swab from going too far into the ear and causing damage. The tip is covered with a sponge of organic material, with a solution that has been tested to be the most effective and reliable at taking samples.

In their pilot study, Dr Herane-Vives and a team of researchers from the UK, Chile and Germany brought in 37 study participants to test different cortisol sampling techniques. The research team sampled participants’ earwax using a standard syringe procedure, known to be somewhat painful, and then followed up a month later by using the same sampling in one ear, and the novel sampling technique in the other ear, which the participants could administer themselves. The researchers also analysed hair and blood samples from the same participants.

The researchers found that earwax samples yielded more cortisol than hair samples, and the new technique was the fastest and potentially cheapest method. The novel technique was the least influenced by confounding factors such as stressful events or alcohol consumption contributing to cortisol fluctuations over the previous month. In another recent study, participants rated the new self-sampling device as more comfortable than traditional methods.

Dr Herane-Vives is now setting up a company, Trears, to bring his earwax sampling device to market, with support from the UCL Hatchery startup incubator.

He and his team are also investigating whether the device could be useful to measure glucose levels from earwax samples, for monitoring of diabetes, and potentially even COVID-19 antibodies.

Dr Herane-Vives said: “After this successful pilot study, if our device holds up to further scrutiny in larger trials, we hope to transform diagnostics and care for millions of people with depression or cortisol-related conditions such as Addison’s disease and Cushing syndrome, and potentially numerous other conditions.”

“Short-term” samples are not the most appropriate for reflecting chronic cortisol concentration. Although hair is used for reflecting the systemic level of this hormone, its use as a “long-term” measure appears clinically problematic. Local and systemic stress and non-stress related factors may release cortisol that is accumulated in hair. Non-stressful earwax sampling methods may provide a more accurate specimen to measure chronic cortisol concentration.

Earwax from both ears of 37 controls were extracted using a clinical procedure commonly associated with local pain. One month later, earwax from the left ear side was extracted using the same procedure, and earwax from the right ear side was more comfortably obtained, using a novel earwax self-sampling device. Participants also provided one centimetre of hair that represented the retrospective month of cortisol output, and one serum sample that reflected the effect of systemic stressors on cortisol levels. Earwax (ECC), Hair (HCC) and Serum (SCC) Cortisol Concentration were correlated and compared. Confounders’ effect on cortisol levels were studied.

The highest levels of cortisol concentration were found in serum, and the lowest in hair (p < 0.01). Left-ECC was larger than Right-ECC (p = 0.03). Right-ECC was the only sample unaffected by confounders (all p > 0.05). A Pearson correlation showed that Right-ECC and HCC samples were moderately correlated between them (r = 0.39; p = 0.03).

The self-sampling device did not increase cortisol locally. It provided the cortisol level that was least likely to be affected by confounding factors over the previous month. ECC using the novel device might constitute another accurate, but more suitable and affordable specimen for measuring chronic cortisol concentration.