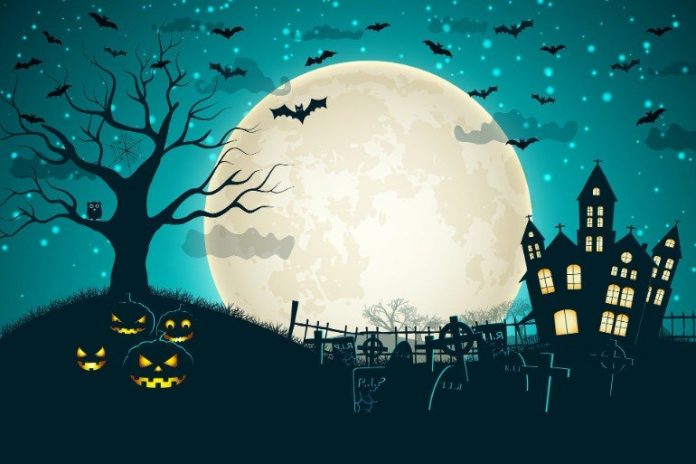 Chainsaw-wielding maniacs and brain-munching zombies are common tropes in horror films and haunted houses, which, in normal years, are popular Halloween-season destinations for thrill-seekers. But what makes such fearsome experiences so compelling, and why do we actively seek them out in frightful recreational settings?

New research accepted for publication in the journal Psychological Science reveals that horror entertains us most effectively when it triggers a distinct physical response—measured by changes in heart rate—but is not so scary that we become overwhelmed. That fine line between fun and an unpleasant experience can vary from person to person.

“By investigating how humans derive pleasure from fear, we find that there seems to be a ‘sweet spot’ where enjoyment is maximized,” said Marc Malmdorf Andersen, a researcher at the Interacting Minds Center at Aarhus University and lead author of the paper.

“Our study provides some of the first empirical evidence on the relationship between fear, enjoyment, and physical arousal in recreational forms of fear.”

For years, researchers have suspected that physiological arousal, such as a quickening pulse and a release of hormones in the brain, may play a key role in explaining why so many people find horror movies and haunted houses so attractive.

Until now, however, a direct relationship between arousal and enjoyment from these types of activities has not been established. “No prior studies have analyzed this relationship on subjective, behavioral, as well as physiological levels,” said Andersen.

To explore this connection, Andersen and his colleagues studied how a group of 110 participants responded to a commercial haunted house attraction in Vejle, Denmark. The researchers fitted each participant with a heart rate monitor, which recorded real-time data as they walked through the attraction.

The nearly 50-room haunted house produced an immersive and intimate live-action horror experience. The attraction used a variety of scare tactics to frighten guests, including frequent jump scares, in which zombies or other monstrous abominations suddenly appeared or charged toward the guest.

The researchers also studied the participants in real time through closed-circuit monitors inside the attraction. This enabled the team to make first-hand observations of participants’ reactions to the most frightening elements, and, subsequently, to have independent coders analyze participants’ behavior and responses. After the experience, participants evaluated their level of fright and enjoyment for each encounter.

By comparing these self-reported experiences with the data from the heart rate monitors and surveillance cameras, the researchers were able to compare the fear-related and enjoyment-related elements of the attraction on subjective, behavioral, and physiological levels.

What Is Recreational Fear?

Recreational fear refers to the mixed emotional experience of feeling fear and enjoyment at the same time. Fear is generally considered to be an unpleasant emotion that evolved to protect people from harm. Paradoxically, humans sometimes seek out frightening experiences for purely recreational purposes. “Past studies on recreational fear, however, have not been able to establish a direct relationship between enjoyment and fear,” said Andersen.

Studies on fearful responses to media, for example, have mostly been conducted in laboratory settings with relatively weak stimuli, such as short video clips from frightening films. Such experimental setups can sometimes make it difficult to measure physiological arousal because responses may be modest in a laboratory context.

“Conducting our study at a haunted attraction, where participants are screaming with both fear and delight, made this task easier,” said Andersen. “It also presented unique challenges, such as the immensely complex logistics associated with conducting empirical studies in a ‘messy’ real-world context like a haunted house.”

Plotting the relationship between self-reported fear and enjoyment, the researchers discovered an inverted U-shape trend, revealing an apparent sweet spot for fear where enjoyment is maximized.

“If people are not very scared, they do not enjoy the attraction as much, and the same happens if they are too scared,” said Andersen. “Instead, it seems to be the case that a ‘just-right’ amount of fear is central for maximizing enjoyment.”

The data also showed a similar inverted U-shape for the participants’ heart rate signatures, suggesting that enjoyment is related to just-right deviations from a person’s normal physiological state. However, when fearful encounters trigger large and long-lasting deviations from this normal state, as measured by pulse rates going up and down frequently over a longer period of time, unpleasant sensations often follow.

“This is strikingly similar to what scientists have found to characterize human play,” said Andersen. “We know, for instance, that curiosity is often aroused when individuals have their expectations violated to a just-right degree, and several accounts of play stress the importance of just-right doses of uncertainty and surprise for explaining why play feels enjoyable.”

In other words, when horror fans are watching Freddy Krueger on TV, reading a Stephen King novel, or screaming their way through a haunted attraction, they are essentially playing with fear.

About this psychology news research

Original Research: The study will appear in Psychological Sciences.

Psychiatrists Thought This ‘Antipsychotic’ Was a Miracle Drug. They Were Wrong.

A psychologist shares the 4 styles of parenting—and the type that researchers say is...