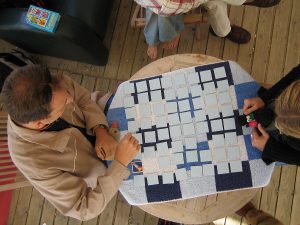 In the 1990s, research led by Lynn Hasher, then at Duke University, identified some stark differences in how older and younger adults interpret narrative passages. They found that when reading passages, older adults form the same inferences that young adults do and when interpretations turn out to be wrong, both groups are able to correct their understanding. However, unlike young adults, older adults do not abandon their first interpretation.

“Older adults seemed to be holding two interpretations in mind when only one was needed,” says Brad Buchsbaum also of the Rotman. “What would prevent older adults from abandoning an interpretation they clearly knew was incorrect?”

These findings led to the development of the Inhibitory Deficit Theory, which, among other ideas, posits that older adults have trouble “deleting” information from memory once it is no longer relevant for current task goals. Buchsbaum and colleagues recently revisited the theory in a new study in the Journal of Cognitive Neuroscience. Using fMRI and multivoxel pattern analysis, they wanted to examine how memories are selected and inhibited in working memory as people age. They found that indeed older adults retained irrelevant information in their memory longer than the younger participants.

We spoke with Buchsbaum about the origins of the study, its significance for understanding memory performance, and future directions. 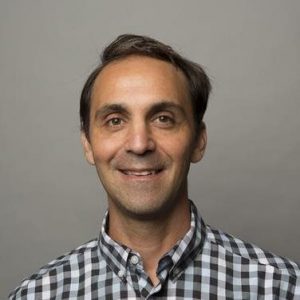 Buchsbaum: I became interested in this research area because the person who sits in the office next to me at the Rotman Research Institute is Lynn Hasher, who has been studying inhibitory control in aging since the early 1990s, and has with her students and collaborators shown that aging is associated with a decline in inhibitory control. I was intrigued by Dr. Hasher’s presentations, our informal chats, and the ingenuity of the experiments from her laboratory. My own research in the cognitive neuroscience of memory had mostly focused on the brain systems that support keeping information in working memory and I realized that I had not really given proper due to the equally important question of how the brain keeps information out of working memory. Moreover, I thought that multivoxel pattern analysis (MVPA), a technique my lab had been using to study episodic memory, would be a perfect tool to examine how memories are selected and inhibited in working memory. Dr. Hasher, myself, Jennifer Weeks (the lead author of the current study, currently on maternity leave), and Cheryl Grady got together one afternoon at the Rotman Research Institute and brainstormed the current project. Dr. Weeks took the lead from there and this project became the capstone on her very impressive dissertation studying the cognitive control of aging and memory.

CNS: What might be an example of the Inhibitory Theory in action in real life?

Buchsbaum: Imagine, for example, that you are looking over a menu at a restaurant (probably pre-pandemic!) and trying to decide between two equally delicious-sounding entrees—the fish and the chicken. Everyone else at your dinner party has decided on their choice, and the waiter arrives at the table with a notepad out, looking expectantly at you, ready to take your order. The two entrees are competing for a slot in your limited working memory, but for one reason or another, the fish entrée “wins” and you blurt out “I’ll have the fish, please!”. Having gotten this small decision out of the way, you carry on merrily with the rest of the dinner, and seem to put the rejected chicken dish out of mind.

Somewhere in your brain, two things may have been at work here. On the one hand, when the time came to make the order, you had to select and activate the “fish entrée” in your mind, so that you could make your order (“I’ll have the fish!”); and on the other hand, you had to inhibit the “chicken entrée” so that it would not interfere with your selected course of action. And here we get to the phenomenon our study was designed to examine: What happens in your brain to the mental representation of the rejected “chicken entrée”—does it merely fade away, or does it—especially if you’re getting up there in years—somehow linger in mind even after it has lost its immediate behavioral relevance?

CNS: So how did you go about testing that?

Buchsbaum: If the effectiveness of inhibitory control is reduced with age, as the Inhibitory Deficit Theory predicts, then it might be that the “chicken entrée” hangs around in memory a little longer for an older adult than it does for a younger adult. By using functional magnetic resonance imaging (fMRI) and the above-mentioned MVPA technique we could see whether neural activity consistent with a concept or category (e.g. “chicken”) is currently “active” in the brain; and then examine whether there are differences in the degree to which older adults tend to hold onto irrelevant information from the past.

CNS: Can you give some more details on the study?

Buchsbaum: In our study, we presented people with an array of 4 images, 2 from one category and 2 from another category. The possible categories were faces, objects, body parts, and scenes. After presenting the images in a 2 by 2 layout for a few seconds, all the images would then disappear and a cue would appear on the screen indicating which category of images the participants would need to retain in working memory for an upcoming test. So, for example, we might show 4 images, 2 of which were faces and 2 of which were scenes, followed by a cue that says “faces”; this would indicate for the participant to keep in mind the two faces and to forget about the two scene images because they would be irrelevant for the upcoming memory decision. Then, after a 10 second delay, we would show the participant a picture of the cued category (e.g. a face), which would either be exactly the same as one of the two images they were keeping in memory, or another image drawn from the same category but not exactly the same. In the first case, participants would have to indicate the image was the “same” and in the latter case they would indicate that it was “different”—and this is called a short-term “recognition memory” task.

Unbeknownst to the participant, however, we were interested in what happens in their brain to the images (e.g. the scenes) that were not cued for the upcoming recognition memory task. Our goal was, then, to track differences between young and older adults in the neural activity associated with these task irrelevant images, in the 10 second time period after they had received the cue indicating which category to keep in memory.

Our work is part of a growing movement in which the study of neural activity patterns provide a crucial bridge between cognitive theory and biological observation, with the eventual goal of a truly integrative “cognitive neuroscience.”

Buchsbaum: We were excited to find evidence that multivoxel patterns of neural activity associated with the irrelevant picture category—i.e. the two pictures the participants knew they could safely “forget”—was elevated for older adults compared to younger adults, a finding that was predicted by the Inhibitory Deficit Theory of aging.

We also found that even for young adults, the better one was able to suppress the irrelevant image category, the better one’s overall performance on the recognition memory task; in other words, regardless of your age, the ability to remove information from working memory—which we infer from examining multivoxel pattern activity associated with the irrelevant category during the 10-second delay—is good for memory performance.

We also found that the region of the brain that was most different between young and older adults, in terms of neural pattern activity associated with working memory, was located in the medial temporal lobe, including the hippocampus, a region thought classically to be important for long-term memory. However, in this working memory task, it appears that younger adults are much more reliant on medial temporal lobe function than older adults, and this may be related with the well-known structural changes in these areas with age.

CNS: What do you most want people to understand about this work?

Buchsbaum: Some of the concepts that have been developed in the cognitive and neural sciences of memory refer to processes, such as inhibition, selection, updating, and maintenance, that are in some sense abstract or “latent” and are difficult to directly observe. By using fMRI combined with MVPA approaches, we have been able to get a little closer to directly observing the biological manifestation of such “cognitive processes.” Our work is part of a growing movement in which the study of neural activity patterns provide a crucial bridge between cognitive theory and biological observation, with the eventual goal of a truly integrative “cognitive neuroscience”, rather than a field of study that operates in practice as an ad-hoc translation layer between psychology and neuroscience.

Buchsbaum: In cognitive neuroscience, our understanding of inhibitory processes in memory is very incomplete and papers such as our own that attempt to capture inhibitory processes in the brain are still very few. We think, to the extent that they can be reliably measured and quantified, that inhibitory control processes and their neural substrates can serve as biomarkers associated with successful aging and cognitive control. However, there is still a lot of uncertainty as to how best to measure and taxonomize the various sub-components of inhibitory control (e.g. withholding a motor response may or may not be related to filtering out distracting sensory information or removing information from working memory). We need to study larger samples of young and older adults (> 100), who are carefully assessed for inhibitory control and other cognitive abilities, with simultaneous acquisition of fMRI and structural MRI scans so that we can systematically relate behavioral performance with the kind of neural activity measures reported in our current paper.

The Brain Searches for the Best Way to Move the Body