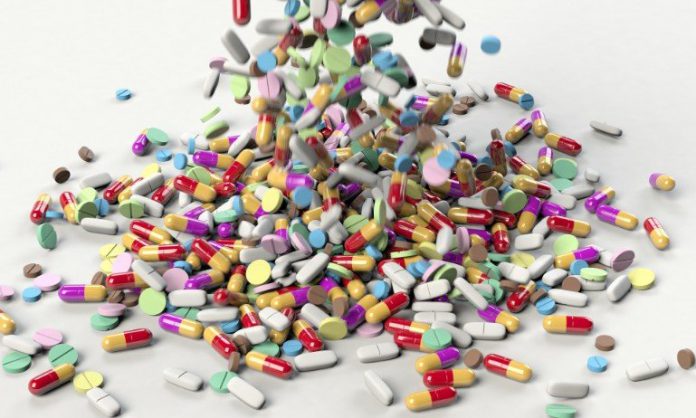 More than 20 million people in the U.S. suffer neuropathic pain. At least 25% of those cases are classified as unexplained and considered cryptogenic sensory polyneuropathy (CSPN). There is no information to guide a physician’s drug choices to treat CSPN, but a researcher from the University of Missouri School of Medicine and MU Health Care led a first-of-its-kind prospective comparative effectiveness study.

The study compared four drugs with different mechanisms of action in a large group of patients with CSPN to determine which drugs are most useful for this condition. The study involved 40 sites and enrolled 402 patients with diagnosed CSPN who were 30 years or older and reported a pain score of four or greater on a 10-point scale.

Participants were prescribed one of four medications commonly used to treat CSPN: nortriptyline, a tricyclic antidepressant; duloxetine, a serotonin-norepinephrine reuptake inhibitor; pregabalin, an anti-seizure drug; or mexiletine, an anti-arrhythmic medication. Patients took the prescribed treatment for 12 weeks and were evaluated at four, eight and 12 weeks. Any participant who reported at least a 50% reduction in pain was deemed as demonstrating an efficacious result. Patients who discontinued the treatment drug because of adverse effects were also measured.

“This study went beyond whether the drug reduced pain to also focus on adverse effects,” said Richard Barohn, MD, lead researcher and executive vice chancellor for health affairs at the University of Missouri. “As the first study of its kind, we compared these four drugs in a real-life setting to provide physicians with a body of evidence to support the effective management of peripheral neuropathy and to support the need for newer and more effective drugs for neuropathic pain.”

“There was no clearly superior performing drug in the study,” Barohn said. “However, of the four medications, nortriptyline and duloxetine performed better when efficacy and dropouts were both considered. Therefore, we recommend that either nortriptyline or duloxetine be considered before the other medications we tested.”

There are other nonnarcotic drugs used to treat painful peripheral neuropathy, including gabapentin, venlafaxine and other sodium channel inhibitors. Barohn said additional comparative effectiveness research studies can be performed on those drugs, so doctors can further build a library of data for the treatment of CSPN. His goal is to build effectiveness data on nearly a dozen drugs for CSPN.

The study, “Patient Assisted Intervention for Neuropathy: Comparison of Treatment in Real Life Situations (PAIN-CONTRoLS),” was recently published by JAMA Neurology. Research reported in this publication was supported by a University of Kansas Medical Center PCORI award and an NIH Clinical and Translational Science Award. The contents of this publication do not necessarily represent the official views of the funding agencies.

About this pain research news

Importance
Cryptogenic sensory polyneuropathy (CSPN) is a common generalized slowly progressive neuropathy, second in prevalence only to diabetic neuropathy. Most patients with CSPN have significant pain. Many medications have been tried for pain reduction in CSPN, including antiepileptics, antidepressants, and sodium channel blockers. There are no comparative studies that identify the most effective medication for pain reduction in CSPN.

Objective
To determine which medication (pregabalin, duloxetine, nortriptyline, or mexiletine) is most effective for reducing neuropathic pain and best tolerated in patients with CSPN.

Design, Setting, and Participants
From December 1, 2014, through October 20, 2017, a bayesian adaptive, open-label randomized clinical comparative effectiveness study of pain in 402 participants with CSPN was conducted at 40 neurology care clinics. The trial included response adaptive randomization. Participants were patients with CSPN who were 30 years or older, with a pain score of 4 or greater on a numerical rating scale (range, 0-10, with higher scores indicating a higher level of pain). Participant allocation to 1 of 4 drug groups used the utility function and treatment’s sample size for response adaptation randomization. At each interim analysis, a decision was made to continue enrolling (up to 400 participants) or stop the whole trial for success (80% power). Patient engagement was maintained throughout the trial, which helped guide the study and identify ways to communicate and disseminate information. Analysis was performed from December 11, 2015, to January 19, 2018.

Main Outcomes and Measures
The primary outcome was a utility function that was a composite of the efficacy (participant reported pain reduction of ≥50% from baseline to week 12) and quit (participants who discontinued medication) rates.

Conclusions and Relevance
This study found that, although there was no clearly superior medication, nortriptyline and duloxetine outperformed pregabalin and mexiletine when pain reduction and undesirable adverse effects are combined to a single end point.