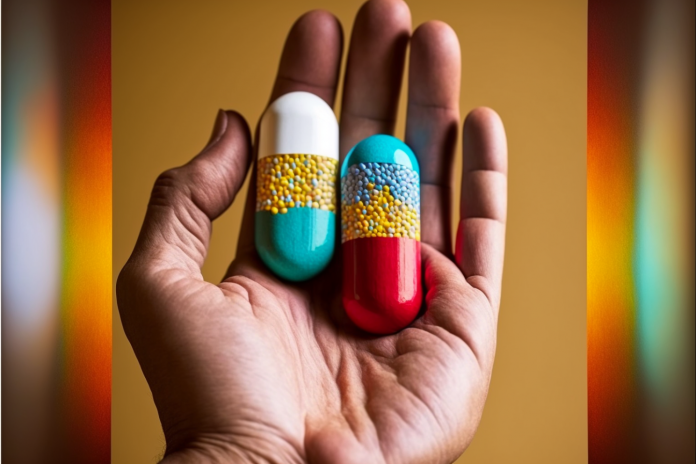 A leading neurology journal recently called for essay submissions on the theme of the future direction of neurology in the next twenty years. This is a modified version of my submission which however did not win the top prize.

Whenever any attempt is made to predict the future, it is always helpful to first look back at how the past evolved, and this particularly applies to neurology where developments over the last twenty years contain enough portents to predict its course over the next twenty. Perhaps most symbolic of the transformation of neurology over the last two decades has been the increasing complexity that has defined all aspects of neurological management. This is evident in the discovery of newer disorders; in the better definition of older diseases; in the development of complex innovative treatments such as stem cell therapy and deep brain stimulation; in the multidisciplinary team decision-making process that guides the management of many disease; in the proliferation of protocols and guidelines produced by subspecialty experts practicing in well-equipped regional centres; in the incremental struggle of general neurologists to maintain their competence in the contemporary management of all neurological subspecialties; and in the exponential increase in the number of neurological patients coming through the door.

The increasing complexity of neurology is perhaps best illustrated by the transformation, over the last twenty years, of the treatment of multiple sclerosis – a disease whose formulary had only four drugs in 2002, but today contains about twenty treatments – with the number increasing by the year. Another reflection of this complexity is the observation that specialist nurses are now a ubiquitous presence in the treatment and monitoring of major neurological diseases such as epilepsy, Parkinson’s disease, headache, and of course multiple sclerosis. It is a reality today that general neurologists have increasingly become reliant on the knowledge and expertise of specialist nurses when it comes to the ever-evolving indications and monitoring indices of novel neurological therapies that are constantly flowing into neurological practice. On the other hand, the rising number of neurological patients has led to the gradual transfer of responsibility for such disorders as stroke and Parkinson’s disease to care of the elderly physicians.

With this vantage retrospective view, we are in a position to look ahead at how neurological practice will likely evolve over the next 20 years. With the benefit of this hindsight, I anticipate five spheres in which neurology will be creatively reconstructed.

The first sphere of the transformation of neurology will be in the re-alignment of practice between neurologists and non-neurologists. As the precision by which many neurological disorders are diagnosed increases, and as the confidence of non-neurologists in the management of neurological disorders surges, I predict that the management of ever more neurological diseases will move away from neurologists in the next twenty years. Indeed, this impact of precision diagnosis on the structure of medical practice as a whole was forecast by Clayton Christensen, Jerome Grossman, and Jason Hwang in their excellent book The Innovators Prescription.1 The authors argued that precision medicine will enable many medical tasks that have hitherto relied on skilled specialists to be safely transferred to non-specialists. They particularly referred to how the improved diagnostic accuracy of molecular and genetic technologies is already making the intuitive decision-making skills of medical experts less relevant. Similarly, they noted that there will be less need for the input of specialists in the implementation of future treatments which will increasingly become personalised and protocol-driven. In other words, the less dependent a disorder becomes on the kind of detailed history-taking and proficient examination skills that neurologists wield, the more likely that its care will move away to non-specialists.

It is significant that at the time Clayton and colleagues were writing, neurological disorders constituted the bulk of the diseases whose diagnoses they classified as imprecise; the future impact of precision medicine is therefore likely to be most pronounced in neurology. With this is mind, I foresee an escalating trend of the transfer of the management of diseases, beyond Parkinson’s disease and stroke, to non-neurologists. Indeed, I expect that the management and care of a large proportion of chronic neurological diseases such as epilepsy and headache will move significantly out of the sphere of the neurologist and into the remit of internal medicine physicians and general practitioners with specialty interests in these diseases. I also foresee the emergence of a cadre of specialist consultant nurses with expertise in diagnosing and prescribing treatments for diseases such as multiple sclerosis and Parkinson’s disease. I also expect that geneticists will become more closely involved in the management of neurological genetic disorders, conditions which they have already become very proficient in diagnosing.

The second sphere of neurological transformation will be technological. The impact of technology has already been felt right across the spectrum of medicine, and many medical futurists have expounded on how this will influence future medical practice. Some of the most insightful predictions of how technological developments will affect medicine have come from cardiologist and medicine thinker Eric Topol. In his provocatively titled book The Creative Destruction of Medicine, Topol argues that an onslaught of digital technology will not only improve the precision of clinical diagnoses, but it will phenomenally transform the way patient care is monitored.2 Topol foresaw a revolution in healthcare which is centred on what he termed the convergence of connectivity, collaboration, crowdsourcing, customised consumption, and cloud computing. Apart from envisaging more accurate diagnoses with breakthroughs in epigenomics, metabolomics, and proteomics, he also predicted a profound change in therapeutics with the establishment of individualised drug treatments. Topol also foresees an era of enhanced patient surveillance by means of a range of implantable sensors that can monitor anything from brain waves and mood, to drug compliance and early signs of cancer. With this in mind, I predict that in twenty years, apart from the neurological investigation process becoming more streamlined and requiring fewer tests, I foresee that telemedicine will result in less requirement to admit patients for investigations, and less need to bring all of them to face-to-face consultations to monitor the progress of their conditions.

The third sphere of transformation will be the way in which the different neurological subspecialties will evolve. The major change I expect will be the acceleration of the growth of functional neurological disorders (FND) in the next twenty years, and this trend will be driven by the need to accommodate the rising epidemic of non-organic disorders. This will inevitably alter the character of the doctors who will specialise in neurology because the management of patients with FND will require less mechanised dispensation of drug and technological interventions, and more empathetic discussions around the emotional dimensions of FND. In my experience, many general neurologists neither have the training nor the inclination to become actively involved in the wholesale management of the so-called non-organic diseases.

As a corollary to the above, I foresee that many neurologists unable or unwilling to face the challenge of the rising proportion of their practice dedicated to FND, and with the increasing difficulty they have maintaining an acceptable level of competence across the range of neurology, will gravitate towards narrower specialisms. I expect that these are very likely to be in the currently fuzzier fields of neurocognitive, neuromuscular, and neurometabolic disorders where there is sufficient complexity to warrant their finely tuned  neurological skills.

The fifth sphere of the creative reconstruction of neurology over the next twenty years will be a change in the relationship between neurology and psychiatry – the two major specialties that deal with the disorders of the brain. My prediction here is that many classical psychiatric disorders will progressively come under the remit of the neurologist over the next twenty years. Whilst this forecast may at first appear improbable, the ‘repurposing’ of psychiatric disorders has a strong precedence such as in the history of neurosyphilis. In their book titled How the Brain Lost its Mind, Allan Ropper and DB Burrell recalled that before the microbial cause of neurosyphilis was identified, the disease was considered a primarily psychiatric disorder, and it was only after its infectious pathogenesis became clear that it moved away from psychiatry to neurology.3 With this in mind, I expect that in the next two decades, neurologists will be fully involved in the diagnosis and management of such diseases as schizophrenia, bipolar disorder, autism, and attention deficit hyperactivity disorder (ADHD).

The realignment and transformations I have predicted above may feel discomfiting for some neurologists, and even fanciful for others, but this creative reconstruction of the specialty is neither a new phenomenon, nor a random one. It is driven by the need to respond to the shifting reality on the ground, the emergence of new technologies, and the need to maximise the unique skills and expertise of neurologists. There is no doubt that these skills will continue to be relevant even in the disorders that will migrate to other specialties, my prediction being that neurological expertise will continue to be invaluable in such conditions as stroke in the young, Parkinson’s plus, and complex epilepsy. The creative reconstruction of neurology will therefore ensure that the specialty remains relevant over the next 20 years.

Dr Ibrahim Imam is a consultant neurologist and author of 700 Essential Neurology Checklists. He also developed the neurology database Neurochecklists, and he reviews books on the blog The Doctors Bookshelf. His second book, Surfing the Brain, is due for publication soon.