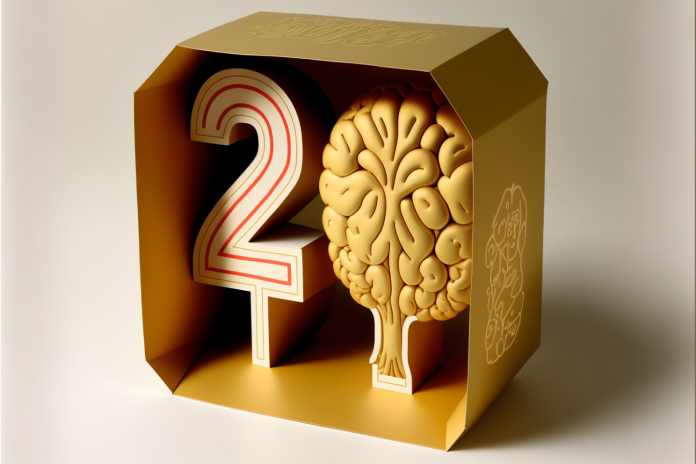 For over 20 years, Neuroscience News has reported on the latest, ground-breaking neuroscience research. Every year, we like to take a look back at some of the most popular articles we have published on the website.

Taking data from our website and from the most popular posts via our social media accounts, we are proud to present this year’s top neuroscience articles for you to enjoy. The articles are not presented in a particular order.

The Neuroscience News team would like to thank all our readers, both old and new, for your support over the past year. We look forward to providing you all with the best research news in 2023!

20: A Surprising Link Between Immune System and Hair Growth

Regulatory T cells interact with skin cells using glucocorticoid hormones to generate new hair follicles and promote hair growth. The findings could have positive implications for the development of new therapies to treat alopecia and other hair loss disorders.

19: A New Theory in Physics Claims to Solve the Mystery of Consciousness

Consciousness can not simply be reduced to neural activity alone, researchers say. A novel study reports the dynamics of consciousness may be understood by a newly developed conceptual and mathematical framework.

17: Pain Relief Without Side Effects and Addiction

Researchers have developed a new substance that activates adrenalin receptors rather than opioid receptors to help relieve chronic pain. The new compounds have similar pain-relieving qualities as opioids but do not appear to induce respiratory depression or addiction.

16: A Glimpse Into the Dog’s Mind: A New Study Reveals How Dogs Think of Their Toys

Dogs have multi-modal mental imagery of items and objects that are familiar to them. When a dog thinks about an object, they imagine the object’s different sensory features.

15: How Many Daily Walking Steps Needed for Longevity Benefit?

A new meta-analysis of 15 studies reveals the optimum number of steps people of different age ranges should take per day in order to maximize longevity.

14: Nose Picking Could Increase Risk for Alzheimer’s and Dementia

The Chlamydia pneumoniae bacteria can travel directly from olfactory nerve in the nose and into the brain, forcing brain cells to deposit amyloid beta and inducing Alzheimer’s pathologies. Researchers say protecting the lining of the nose by not picking or plucking nasal hairs can help lower Alzheimer’s risks.

13: The End of Baldness? The Chemical Controlling Life and Death in Hair Follicles Identified

Researchers discovered how the TGF-beta protein controls the process by which hair follicles, including stem cells, divide and form new cells or orchestrate apoptosis. The findings could provide new treatment options for baldness and therapies to speed up wound healing.

1 in 5 people who receive CPR report lucid experiences of death while they are seemingly unconscious and on the brink of death. The lucid experiences appear to be different from hallucinations, dreams, illusions, and delusions. Researchers found during these experiences the brain has heightened activity and markers for lucidity, suggesting the human sense of self, like other biological functions, may not completely stop around the time of death.

Trigger finger, a condition in which the fingers get locked into a bent position and become difficult to straighten, is more common in those with diabetes than in the general population. High blood sugar levels increase the risk of developing trigger finger, researchers say.

Daily vaping of pod-based e-cigarettes alters inflammatory states across multiple organs, including the brain. The effects vary depending upon the vape flavors and influence how the body responds to infections. Mint vapes, for example, leave people more sensitive to the effects of bacterial pneumonia than mango flavoring.

People with selected variants of the ERAP2 and TICAM2 genes were 40% more likely to survive the Black Death, researchers discovered. However, in modern humans, those with the ERAP2 gene are more likely to suffer autoimmune disorders such as Crohn’s disease.

7: Toward Early Detection of the Pathological Social Withdrawal Syndrome Known as ‘Hikikomori’

Hikikomori is a complex condition where a person withdraws from society and remains isolated at home for more than six months. The condition is becoming more prevalent in Western societies. Researchers have developed a new method designed to help detect hikikomori at an earlier stage and provide treatment.

The commercial dietary supplement nicotinamide riboside, touted to improve cardiovascular and neurological health, may actually increase the risk of developing breast cancer that metastasizes to the brain.

5: Breakthrough in Search for Tinnitus Cure

Study reports a new digital polytherapeutic that delivers white noise could significantly improve symptoms for those with tinnitus.

Cannabis use leads to cognitive impairments that extend beyond the period of intoxication.

Health experts call for stricter regulations for the use of sodium nitrite, a product commonly used for meat curing, following its link to suicides and increased numbers of poisonings.

2: Childhood Circumstances and Personality Traits Are Associated With Loneliness in Older Age

A combination of personality traits and childhood circumstances account for why some older people experience loneliness more than others. Lonely adults over 50 were 1.24 times more likely to have rarely, or never, had comfortable friendships during childhood, and 1.34 times more likely to have had poor relationships with their mothers as children.

For smokers, the first cigarette of the day is often accompanied by a cup of coffee. Researchers say this may be more than a habit, finding chemical compounds in roasted coffee beans may help quell the effects of morning nicotine cravings.