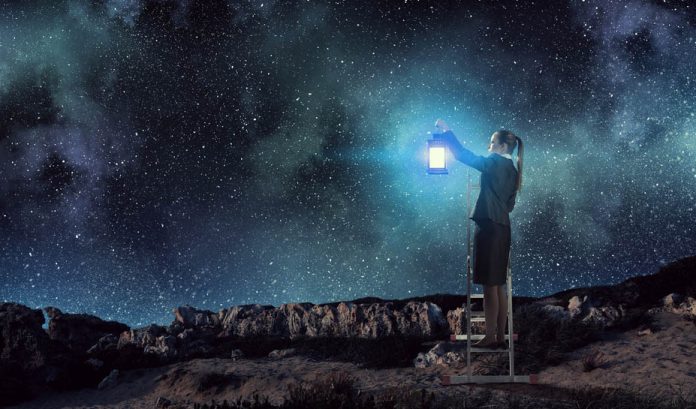 I remember when my grandma died how I was aching for days or weeks, even months. I remember when my beloved dog died how I frantically tried searching for answers on the Internet, scrolling over countless Thich Nhat Hanh podcasts or  videos, in an effort to find something that would console me because I won’t see this being ever again.

Nothing helped both times. There was this aching pain inside my belly, this hole nothing seemed to fill. I was desperately Googling countless articles about reincarnation or Buddhist philosophy, trying to find something that could fill the void I was feeling in my soul. Talking to friends helped a bit, but after I returned home the pain was still there.

One of those days, I stumbled upon a text written by Thich Nhat Hanh that referenced the concept of interrelatedness, which is popular in zen buddhism. He spoke of how everything is interconnected even when we die and how he can feel his mother in his hands. I remember trying to grasp this, but at the moment of the intense pain I also remember that I was not at a place in which this could help me.

I did not want to feel my grandmother in my hands, I wanted to see and feel and touch and smell that person or being. But I could not. I felt the hole in my chest and and emptiness that could not be consoled.

Although it’s been some time since my grandmother died, some of this pain hasn’t subsided still. It still comes back crawling when I remember how I used to quarrel with her. Or how she used to make most delicious cakes out of love for us and she didn’t even like cakes. When I remember how she taught me to write and how she knew the songs of certain poets by heart and would sometimes recite them when I came over.

Some of this pain is still there. And it is ok that it is there. This is not a pathology. This is a process of grieving. This is love that I still feel for that being.

These kinds of processes are still not very well understood in our culture.

We still try to shove every kind of emotion that does not fit standardized procedures into a neatly organized box, give it a label, a category, maybe even a diagnosis and an accompanying medicine that will order it, make it neat and predictable and render it into something we can manage.

Even if we might shove processes of grieving into neatly prescribed categories that fit the rationalist worldview in which we currently live, we human beings do not function like that. Our organisms are not neatly organized, nor is the variation among them. Some organisms go through the process of grieving very fast, some take longer. Some pains are smaller, some are bigger.

And what we desperately need to understand is that this variation is ok.

I was inspired to write this article by the book called Virgin Wife Widow Whore, written by the American-Slovenian writer Erica Johnson Debeljak, whose husband I encountered as a lecturer from when I was doing my PhD in Ljubljana. I also grew fond of her descriptions of her life from the time she moved to Slovenia from New York in the year 1991, when the war was still raging in the ex-Yugoslav territory.

In this new book she describes her process of grieving after her husband was found dead in 2016. Suddenly. Unexpectedly.

She describes the pain of the three following years vividly, in detail, simultaneously offering anthropological analogies of similar experiences through myths and stories from different cultures.

This is a valuable book in culturological sense because it offers an insight into the female experience. I also find this book to be of immense value when it comes to mental health.

Namely, Erica Johnson Debeljak has described in detailed manner what the process of grieving looks like from the inside—how it feels like when your body is aching from the pain and no amount of anything can help. Including other people. Including pills.

She described in vivid detail an intense process of grieving that our culture is so afraid of.

This is why I really recommend reading this book.

We need more accounts of real people grieving, suffering, of real processes of grieving being described with all its variations, which also include intense emotions and non-standardized types of behavior.

For example, the author describes at one point how she screamed uncontrolablly from all the pain and then humorously how people looked at her like she was „crazy“. She writes about the sleepless nights in which even pills did not help due to the loss she felt, when she wandered around the rooms in the house, about the immense pain that spilled over whatever she tried to do in those moments.

We need these kinds of phenomenological accounts of experiences of grieving in order to understand that sometimes intense emotions are not rational.  Our subconscious is not rational either—we might try to organize it into neat categories—but it sometimes still keeps pulling out and spilling over.

As a culture, we try to avoid grieving because it makes us uncomfortable. We also try to put it into classification, to isolate it, to give it a label. In an attempt to master the process, to systematize it and make it organized and to manage it in this way, we might risk drying up the process.

In reality, a paricular person takes the amount of time they take to grieve. This also includes the amount of the intensity of the pain, which is not the same for everyone. Some people might feel lesser amounts of pain, some may feel greater amounts.

The process of grieving might often be seen as strange from the outside when it contains the amount of pain that is felt to be „beyond normal“ on the societal level. People may be unable to speak, unable to move, unable to encounter everyday tasks. The pain can make one totally numb.

And we need to know that this is ok, even if it looks like it is not.

We need to re-think the helpfulness of the approach of labelling within that context.

Erica Johnson Debeljak, for example, describes in her book how a psychiatrist tried to shove parts of her grieving into the description of the manic episode triggered by strong trauma—because in the weeks after her husband’s sudden death she sometimes felt excessive energy or lack of appetite. She satirizes the situation, describing how the psychiatrist reduced her grieving to the „trigger for the chemical imbalance that has always lived within her“ and her attempts to deal with it as a „manic episode“.

The author might be strong enough to analyze this kind of discourse critically and thus not to succumb to it, but many of others are not. In that moment of intense emotions, lot of people can succumb to this kind of intepretation. Sometimes one can also feel that it is helpful, because a label is also something one can hold onto when ground beneath one’s feet feels like it’s moving.

However, in the long run, it is questionable whether this is the most constructive approach to the process.

This is precisely why I find this phenomenological account of grieving that Erica Johnson Debelhak wrote immensely valuable. Because we can trace the whole process and see how, in the end, what was needed was to grieve.

Perhaps the grief is there because this is how organism regulates itself, however conunterintuitive this may seem. Sometimes the amount of love that was felt for someone is balanced out, if we want to speak in the orderly categories that we so adore in our Western rational society, by the amount of pain that is equal to the amount of love felt. And there is nothing wrong with that, even if person is not functional for a certain period of time.

This also applies to other types of intense emotions and processes that they provoke.

Sometimes feelings of rage are there because the person has been systematically placed in situations where she or he has been robbed of dignity without the means of dealing with that. As I have already written, sometimes intense grief that someone is feeling might offer some valuable lessons.

I am not trying to imply here that one should not learn how to deal with one’s triggers or how to help regulate oneself when the pain is too intense.

What I am trying to convey is that perhaps we could start thinking about intense emotional processes in a different manner, instead of pathologizing them. By respecting them and understanding that each organism is different.

From a phenomenological point of view, we can try to see how that particular person feels that particular kind, amount and intensity of the emotion without labelling it as „excessive“. Even if grief feels like a hole that is consuming a person, which can, without doubt, be intense and sometimes even unbearable.

The process might serve as a form of long-term regulation. Emotions cannot be processed through in a night, and some intensities and levels of experience require different types of processing.

But when instead we just label this kind of experience a pathology because it lasts for more time than we think it ought to last, or bcause the intensity of it is something we don’t understand, we risk doing harm. People can start feeling that something is inherently wrong with them. This can also attach a burden,a stigma on top of the suffering. And it removes us from being able to understand that particular human being in front of us.

Perhaps we could see instead what kinds or spaces of safety we could offer to the person in times like these. Perhaps we could investigate if those spaces can be found in their body, or in certain types of company. So that the person can rest for a bit, to be able to endure the rest of the process.

Perhaps we could envision places like the Diabasis house that Michael Cornwall has written about extensively, where those feeling intense emotions could go and process this experience in a non-pathologizing manner and with the support of loving kindness, as he has also written about.

We can also teach people how to find some wisdom in the process. As existentialists teach us, if there is a meaning in our suffering, it is easier to endure it. Meaning can also offer a window to breathing space amidst such moments, a glimpse of hope. It can offer soothing of the ache on a cognitive level, which might ease the process a bit.

Consequently, already by teaching people what is happening to them we can help them with the scare that might come with all of the intense emotions.

Because the process of intense emotions sometimes will happen. This is life and life is unpredictable, with sudden deaths, conflicts, wars, climate changes, viruses, earthquakes and resulting trauma. And when something traumatic happens, it needs to be processed.

We can numb it down temporarily as we tend to do in our culture, but this won’t bring it to halt. Such an approach can numb the pain but the process will still be present, and it can be triggered years after if it has been numbed down.

And if we numb the process down and label it as malfunction, we can also risk losing the valuable lessons that can sometimes be found within the process.

It is important to remember this.

There’s a Bright Side to Being a ‘Debbie Downer’