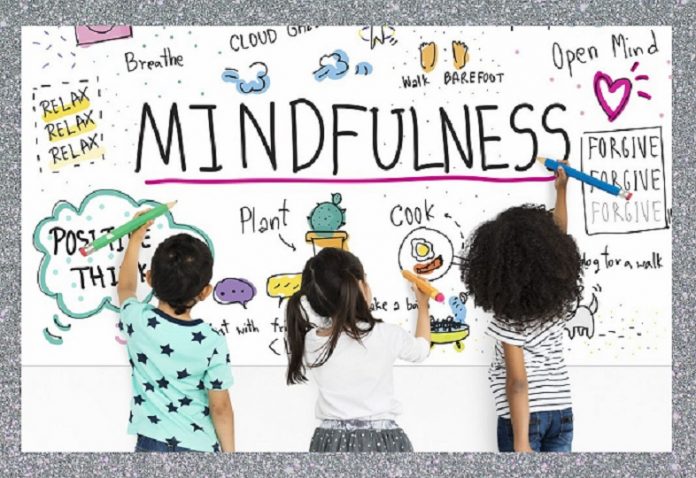 Back in May, I wrote about the many ways that schools aren’t safe for kids’ physical and mental health. Since then, new threats are on the horizon: As the Today show reported last month, a district in Missouri has brought back corporal punishment (a.k.a. physical assault) as a form of student discipline—and parents are opting in. As you might expect, students are pushing back with protests, concerned about their lack of consent and the potential for abuse behind closed doors.

Research shows that corporal punishment isn’t effective in improving kids’ behavior and leaves lasting damage to their psyches. It also can’t be good for kids’ mental health when the adults who are supposed to educate them instead humiliate and hurt them. (And how must it feel to know your parents are OK with that?) Other research, as reported in an NPR story on the district’s move, shows that physical punishment is disproportionately meted out to Black and disabled students. Mainstream mental health organizations, including the American Psychological Association and the American Academy of Child & Adolescent Psychiatry, oppose it. Yet 19 states still allow the practice, following a 1977 Supreme Court ruling that it is constitutional. Is your state one of them?

Fortunately, the news is not all bad. I’ve been collecting articles about new school-based programs and services intended to safeguard students’ emotional well-being. Some of the trends include:

The subtext of the articles covering these initiatives is that they are a stop-gap solution to the “real problem” of too few professional psychologists, psychiatrists, and social workers in schools and communities. (This perceived lack recently prompted new mental health funding from the Biden Administration as part of a comprehensive national strategy.)  Though data validating these new, preventative approaches are still being collected, they sound worthy in their own right: They prioritize self-reflection and making thoughtful choices over identifying “mental illness symptoms,” are designed to be tailored to the communities they serve, and are available to any and all students (not just those with a diagnostic label).

For all their positive potential, though, I hope these programs won’t become a backdoor way to “screen” children for mental illness, then vector them into psychiatric treatments they might not need when other supports may be more appropriate. It’s somewhat concerning, for example, that West Hertel Academy’s mindfulness initiative has kids fill out a daily form about how they are feeling. Social and Emotional Learning has been shown to nurture both better academic achievement and happier kids, but I hope the mindfulness lessons don’t make kids so hyperaware of their emotions that they constantly self-monitor.  Or cause adults to overreact when they hear youths expressing strong feelings, like whipping out a suicidality assessment form if kids use certain words. (The form is part of the TRAILS program, which includes a “risk management” component.)

And while school mental health coordinators can help kids and families access professional help or learn about issues they may not have known about, the coordinators may be tempted to target and coerce their school’s “problem” students. They’re also likely to direct people to the same conventional, biomedical approaches that have poor or unknown long-term results.

To say nothing of what these programs ask of teachers: That they tend to their students’ hearts as well as their minds. Educators are already leaving the profession in droves for other reasons, including curriculum censorship and being expected to act as human shields in active-shooter situations. Still, for those with the heart and grit to do it, sometimes a teacher is the only safe adult in a child’s life, and these programs implicitly acknowledge that.

Should parents support such programs? If one appeared in my children’s school, I would make a point of learning about it, and even ask them what they think of it. I wouldn’t, however, be automatically suspicious, like some parent groups that believe school mental-health initiatives usurp parents’ rights and inaccurately link SEL-based programs to Critical Race Theory (typically found at law schools, not in kindergartens).

I’m more heartened by other programs that, rather than asking teachers to become lay therapists or meditation instructors, actually help students address specific stressors in their lives. They’re not called mental health programs, but in effect, that’s what they are.

For example, a 2019 Washington, D.C. law, implemented last year, gives teenage victims of sexual assault the right to an advocate to support them and help them navigate their options. The district’s schools are intended to play an important role in the network of agencies involved (although this has happened to a limited extent thus far). This initiative is important, as 1 in 9 youth under 18, mostly girls, are sexual assault victims.

And now, thanks to recent legislation, each of California’s community colleges will offer centers to help students fulfill basic needs such as food and housing. Tailored to each campus, the hubs offer help with anything from accessing low-cost medical care or public benefits to paying for car insurance or internet service. These centers make it easy for teachers or other students to refer youth for assistance.

Both of these initiatives came from the policy arena, validating the idea that it’s at least as important to address young people’s distress at the community level as at the individual level. As I mentioned, the jury’s still out as to how effective school-based mental health initiatives are. Are you familiar with any in your area? What do you think of them?