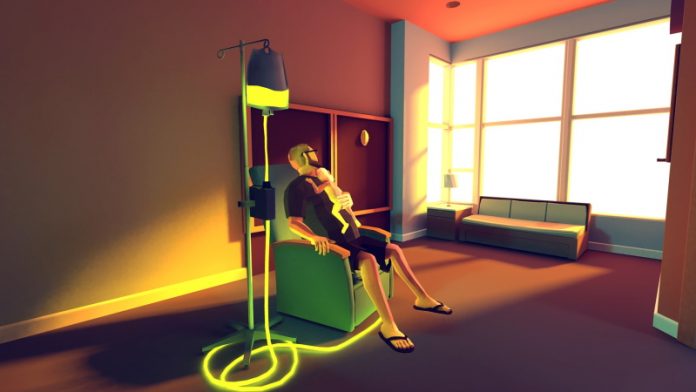 Empathy –the ability to recognize and share the thoughts and emotions of another person– is not just a nice-to-have ability. It’s a critical skill for those working in certain professions like doctors and nurses. An empathetic bedside manner can make a huge difference in making patients more comfortable, helping them recover, and even making them less likely to complain or sue hospitals. As such, it’s something to be not only sought out by doctors and nurses, but actively trained during their time in school.

What if video games could help with that? Some recent research suggests that it could and that virtual reality games may even make people experience greater empathy.

The researchers had nursing students play the soul-wrenching game That Dragon, Cancer, a point-and-click style game about a family whose very young son has terminal cancer. I feel a little sad just typing that, but the subjects had to play the entire chapter of the game entitled –ominously– “Sorry Guys, It’s Not Good.”

The study used a 2×2 design. First, some subjects played the game from the perspective of the parents while others played it from the perspective of the health care provider who had to deliver the bad news about baby Joel and empathize with the parents. Second, some players played the game on a laptop while others had a much more immersive experience by playing with an Occulus Go virtual reality headset.

The researchers found that, indeed, playing in VR caused players to experience more empathy for the characters in the game, relative to those who played on computers. This coincided with increased reports of spatial presence and emotion that you would expect from VR players. Feeling more like they were physically located there with the game characters led players to experience more empathy. So did playing as a healthcare provider (as opposed to baby Joel’s parents), but only for those playing on a computer.

These results suggest that VR games can be an effective way for nursing and other medical students to experience and practice being empathetic when fulfilling unfortunate parts of their jobs like delivering bad news to patients. Playing a game is a safe way to experience this (since no actual babies were harmed in the making of That Dragon, Cancer) and it lines up with some other psychological theories about why we seek out “bad” experiences like horror games or tragedies. We do this because we want a consequence-free way to experience them and test them out. To think about and to develop strategies for emotionally and mentally dealing with these kinds of things should they show up in real life. The research described here didn’t actually test whether or not using VR to expose nursing students to emotionally charged situations would enable them to have greater empathy on the job, but it definitely suggests that hypothesis. I’d love to see it formally studied and tested.