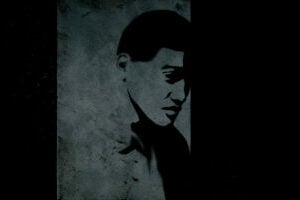 From Truthout: “Christian Hill has been diagnosed with borderline personality disorder and major depressive disorder. In the New York State prison system, this classifies him as having a serious mental illness and confers a ‘1-S’ designation upon him.

Under the newly implemented HALT Solitary Confinement Act, people with this mental health designation cannot be punished by being placed in the Special Housing Unit, or SHU, where they would spend at least 17 days alone in their cells. Instead, Hill and others with this designation must be sent to a Residential Mental Health Unit, a prison unit for incarcerated people with serious mental health needs. Jointly operated by the state’s prison agency and its office of mental health, these units are supposed to be therapeutic rather than punitive.

But despite its therapeutic intention, Hill still spends 20 hours in his cell on weekdays and 24 hours on weekends and holidays. For one hour each day, a door at the back of his cell is opened remotely, allowing him to go into a fenced-off pen adjoining his cell for recreation. ‘I do a lot of sleeping out of boredom,’ Hill wrote in a letter from his Residential Mental Health Unit to Truthout.

Hill says he’s being punished because of his mental health needs. According to a new report, he’s one of hundreds who are punished despite the state’s laws designed to protect them.”

Genetic Contribution to Anxiety Is Partially Mediated by Gut Microbiome

Watching Decision Making in the Brain