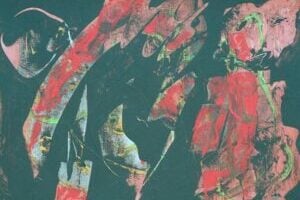 From Alice Miller: Child Abuse and Mistreatment: “In the last year of medical school, I was appointed personal ‘therapist’ of a 32-year old female ‘schizophrenic.’ After I talked to the ‘patient’ several times, I could not find any sign of ‘mental illness’ in her. She talked to me about being sexually harassed by one of the staff, and this was interpreted (after a formal, non-revealing ‘investigation’) as a sign of ‘deterioration’ in my patient’s ‘condition.’ This was not the first time she was talking about sexual abuse.

My patient was first hospitalized when she was sixteen. She was reportedly very upset then and talked loudly about being sexually exploited by her father and uncle. Massive doses of medication and intensive ‘medical’ brainwash made her take back what she said and denounce the truth. Since then she was hospitalized several times, every time with a new ‘paranoia’ about sexual harassment.

When I met her she was at first hesitant to talk about the abuse, and claiming she was in agreement with her psychiatrists. She said she understands that she was crazy, and that in reality, what she thought had happened didn’t really happen. When I asked her how she got to that conclusion, she said that’s what the doctors all say. I did not argue with her and instead asked her questions about what she remembered. I listened to her and thought she looked reliable. It didn’t look like she was making it up, or trying to make the story look big. On the contrary, it looked like she was minimizing terrible abuse. I asked her if she really intentionally made this all up, and she said no. But because the doctors say she was ‘insane’ at the time, then she must have imagined it.

This was her only problem: she was completely invalidated and isolated by the label of ‘paranoid schizophrenia,’ and so she couldn’t trust herself at all. When I looked in her earliest hospital files, I discovered that the psychologist in charge of the ‘case’ determined, after a brief, non-revealing ‘investigation,’ that the abuse probably never happened, and the girl is suffering from delusions. No evidence was given. The nature and extent of ‘investigation’ were not recorded. No one dared to question the original diagnosis in all her subsequent hospitalizations. It seems that no one had taken the girl’s complaints seriously. And worse – because from the day she was ‘diagnosed,’ no one believed anything she said anymore, and so could be easily controlled and further abused in the future.

But now she could feel I believed her, and in a very short time she was very confident in her truth and didn’t look confused at all. But she still found it hard to give up the idea that ‘something was the matter with her.’ It took me several more months to convince her that she was never schizophrenic and that she did not need drugs. Her self-esteem was completely ruined by this ‘diagnosis’ – years of humiliation cannot be easily erased.

I don’t think this case is unique. Every day, people who tell intolerable truths are labeled as ‘paranoid schizophrenics’ by psychiatrists. This case only shows how easy it is to invalidate a victim like that. The label of ‘mental illness’ often is nothing but the invalidation, stigmatization, humiliation, and drugging of victims who try to complain. The complaint is never seriously investigated (as in criminal investigations), and the case is closed forever. Psychiatry is thus a crucial factor in eliminating victims’ voices, abusing them ‘for their own good,’ and ‘protecting’ society from the outcry of the abused.”