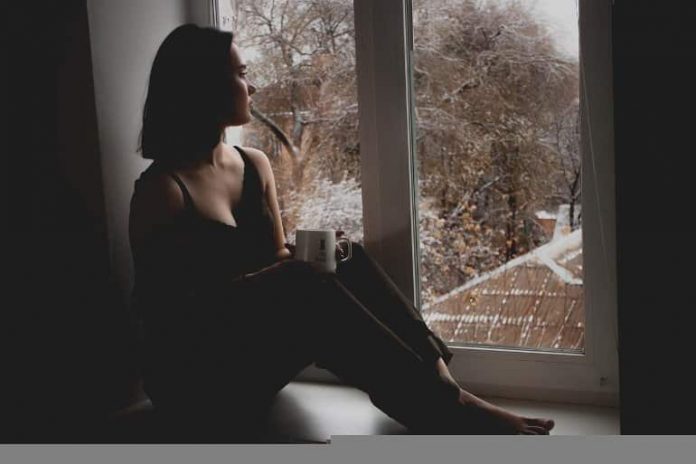 Once you have depressive symptoms, it’s easy to fall into a pattern where you aggravate the disorder by ruminative thinking.

One of the key issues is what is called negative metacognitions, a phrase that needs an explanation.

Psychologist and first author Helene Pedersen at Helse Bergen HF explains, “Having thoughts about our own thinking that we’re more or less aware of is pretty common.”

The results of a new study on the topic have recently been published in BMC Psychiatry.

Negative metacognitions can—for example—be thinking that depressive brooding is a sign that we are damaged, or we might think that our brooding is uncontrollable.

For some individuals, this ruminative thinking gives rise to thoughts that can be difficult to break out of. Those thoughts can quickly lead to getting wrapped up in a self-reinforcing, negative pattern.

“It’s only a problem when we have a lot of those negative thoughts about our own thinking, and we fall into an unfortunate thought pattern that can be difficult to stop,” says Pedersen.

But Kennair offers encouragement. “We’re not weak or damaged goods, and learning that you can actually control the brooding yourself can be done pretty quickly with metacognitive therapy.”

So luckily there are methods that can probably help. And you’re not alone either.

Here we find clear gender differences. But the reasons that some people get stuck in depressive thoughts are the same for both sexes.

“We find that the main reasons for persistent depressive symptoms are negative meta-thoughts and brooding, and this applies to both sexes and regardless of age,” says Kennair.

“We believe that metacognitive therapy can be an effective treatment in treating depressive symptoms for young people, too,” says Professor Kennair.

Pedersen says that metacognitive therapy focuses on changing what maintains depressive illnesses: the depressive brooding and the negative thoughts about our own thinking.

“Brooding and negative metacognitions can be both triggering and maintaining factors for depressive symptoms. So it can be useful to concentrate on this to prevent depression,” says psychologist and co-author Ingrid Grønnæss.

“This therapy enables us to help both people who are already developing increasing depressive symptoms and to prevent others from developing such symptoms,” she says.

Metacognitive therapy is a new form of treatment developed by Adrian Wells at the University of Manchester, where the main goal is to discontinue negative thought processes and change metacognitions about such worry and rumination.

Rumination and especially brooding, seem to be a central maintaining factor of depressive symptoms, where metacognitions about rumination play a prominent role in maintaining depressive rumination. There is a sex difference in adults in depressive disorder.

The current investigation of a high school / community sample of adolescents aged 16–20 from Norway (N = 1198, 62.2% women) found that adolescent women had higher scores than men on all relevant measures: Depressive symptoms, negative and positive metacognitions, pondering, and brooding.

A path model for predicting depressive symptoms showed that the major factors for both sexes were negative metacognitions and brooding. The predictors of depressive symptoms were invariant across sex and age groups, suggesting similar underlying mechanisms across these groups.

The overall findings suggest that metacognitive therapy may be an efficient intervention for depressive symptoms among adolescents.