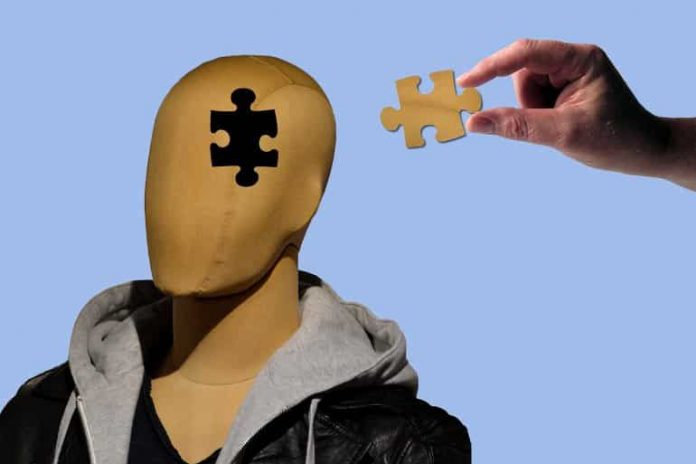 Summary: Differences in gene expression in key brain areas may account for the reason some are less fearful of change than others.

Humans are undoubtedly altering the natural environment. But how wild animals respond to these changes is complex and unclear.

In a new study, scientists have discovered significant differences in how the brain works in two distinct personality types: those who act fearless and those who seem afraid of new things.

“Our study provides interesting and important evidence that some of the behavior differences could be led by gene expression,” said LSU Department of Biological Sciences Assistant Professor Christine Lattin, who is the lead author on the paper published by PLOS ONE today.

Social creatures, such as house sparrows, can learn from each other, so having a mixture of both personality types in a flock could be part of the reason this species is so successful in human-altered environments.

Scientists have found that within the flock, the genes expressed, or “turned on,” in the brains of the fearless birds are markedly different from those in the birds that exhibit fear. In fact, three out of the four regions of the brain studied showed differences.

The hippocampus, which is associated with learning, memory and spatial navigation, contrasted the most amongst the two personality types.

“One of the interesting things about the hippocampus is it can play an important role in decision-making. For example, when wildlife are presented with something new in their environment, the genes in their brains respond, helping them process the information, compare it to past experience and decide whether they should approach or avoid the novel object,” Lattin said.

The scientists compared six wild, invasive female house sparrows: three of which acted fearless and three that seemed afraid to approach a new object at their feeding dish.

The novel objects were a red wrist coil keychain wrapped around the food dish, a white plastic cover over part of the food dish, a green plastic Easter egg placed on top of the food in the middle of the dish, a normal silver food dish painted red on the outside and a blinking light hung above and directed towards the front of the dish.

“The fear of new things, or neophobia, is a problem some people struggle with. The neurobiological gene receptors we’ve identified could help other scientists develop drugs to target neophobia or anxiety even in our own species,” Lattin said.

Advances in sequencing technology have made it possible to study neurological gene expression in more wild species.

“It used to be very expensive, but technology has made it faster and cheaper to do these types of analyses. Now that it has become more accessible, more scientists are doing this type of research,” Lattin said.

About this genetics and psychology research news

Neophobia (aversion to new objects, food, and environments) is a personality trait that affects the ability of wildlife to adapt to new challenges and opportunities. Despite the ubiquity and importance of this trait, the molecular mechanisms underlying repeatable individual differences in neophobia in wild animals are poorly understood.

Our analysis of differentially expressed genes (DEGs) used 11,889 gene regions annotated in the house sparrow reference genome for which we had an average of 25.7 million mapped reads/sample. PERMANOVA identified significant effects of brain region, phenotype (neophobic vs. non-neophobic), and a brain region by phenotype interaction.

These results suggest that some of the behavioral differences between phenotypes may be due to underlying gene expression differences in the brain.

The large number of DEGs in neophobic and non-neophobic birds also implies that there are major differences in neural function between the two phenotypes that could affect a wide variety of behavioral traits beyond neophobia.

Spending More Time at Home Is Linked to More Severe Symptoms in People With...