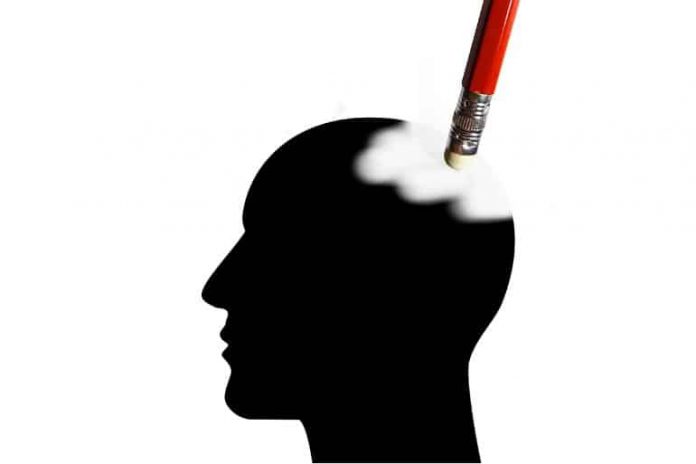 Summary: Cyclodextrin, an FDA-approved drug, reduced cholesterol accumulation from broken down brain cells and inflammation in animal models. The findings point to a potential new therapy to reduce dementia following a stroke.

University of Arizona Health Sciences researchers discovered a potential treatment to reduce the risk of post-stroke dementia, which may be influenced by the immune response to dead brain tissue left in the wake of a stroke, according to a study published in the Journal of Neuroscience.

The research team investigated 2-hydroxypropyl-β-cyclodextrin, or cyclodextrin, which is FDA-approved for use as an ingredient in other drugs. Cyclodextrin’s chemical properties and shape allow it to “scoop up” and safely store cholesterol without provoking a heightened inflammatory response.

The study found that treatment with cyclodextrin resulted in less cholesterol accumulation and inflammation in the brain in animal models. Cyclodextrin also reduced neurodegeneration, protected memory function and reduced impulsivity, a personality change that can occur after stroke.

Ischemic strokes occur when blood vessels to the brain are blocked or restricted, cutting off the brain’s supply of oxygen and nutrients, and killing brain cells. The resulting patch of dead tissue prompts an inflammatory response, a normal process in which immune cells respond to the site of an injury to remove the remnants of dead or damaged cells and begin the healing process. When inflammation is prolonged, however, it can damage healthy tissue.

In the case of stroke, inflammation can last for months because brain cells contain a relatively high level of cholesterol, which is difficult for immune cells to remove. As immune cells struggle to processes the accumulated cholesterol released by dead brain cells, they attract additional immune cells, elevating and prolonging the immune response, causing collateral damage to healthy brain cells.

Stroke affects more than 15 million people in the world every year, according to the World Health Organization, and currently there are no drugs to help with recovery.

“Up to one-third of people who have a stroke develop dementia in the months afterward. We don’t know what causes that,” Dr. Doyle said. “We’ve been testing the hypothesis that, in some people, dementia could be caused by a lingering, smoldering inflammatory response at the site of the stroke, causing further damage to neighboring brain regions. A promising target for enhancing recovery is to quench the inflammatory response sooner.”

“Immune cells rush in to clean up and make repairs, but they get overwhelmed and draw in other immune cells that make toxic substances to process the dead tissue. Unfortunately, these substances also damage areas that weren’t hurt by the initial stroke,” Dr. Doyle said.

Dr. Doyle, who also is a member of the BIO5 Institute, hopes future research will lead to the development of drugs that can improve stroke recovery and reduce the risk of post-stroke dementia.

Co-authors included first author Danielle Becktel, a graduate student in the College of Medicine – Tucson, and Rick Schnellmann, PhD, dean of the UArizona R. Ken Coit College of Pharmacy and member of the BIO5 Institute.

Globally, more than 67 million people are living with the effects of ischemic stroke. Importantly, many stroke survivors develop a chronic inflammatory response that may contribute to cognitive impairment, a common and debilitating sequela of stroke that is insufficiently studied and currently untreatable. 2-Hydroxypropyl-β-cyclodextrin (HPβCD) is an FDA-approved cyclic oligosaccharide that can solubilize and entrap lipophilic substances.

The goal of the present study was to determine whether the repeated administration of HPβCD curtails the chronic inflammatory response to stroke by reducing lipid accumulation within stroke infarcts in a distal middle cerebral artery occlusion mouse model of stroke. To achieve this goal, we subcutaneously injected young adult and aged male mice with vehicle or HPβCD 3 times per week, with treatment beginning 1 week after stroke.

We evaluated mice at 7 weeks following stroke using immunostaining, RNA sequencing, lipidomic, and behavioral analyses. Chronic stroke infarct and peri-infarct regions of HPβCD-treated mice were characterized by an upregulation of genes involved in lipid metabolism and a downregulation of genes involved in innate and adaptive immunity, reactive astrogliosis, and chemotaxis. Correspondingly, HPβCD reduced the accumulation of lipid droplets, T lymphocytes, B lymphocytes, and plasma cells in stroke infarcts.

Dementia is a common and debilitating sequela of stroke. Currently, there are no available treatments for poststroke dementia.

Our study shows that lipid metabolism is disrupted in chronic stroke infarcts, which causes an accumulation of uncleared lipid debris and correlates with a chronic inflammatory response.

To our knowledge, these substantial changes in lipid homeostasis have not been previously recognized or investigated in the context of ischemic stroke. We also provide a proof of principle that solubilizing and entrapping lipophilic substances using HPβCD could be an effective strategy for treating chronic inflammation after stroke and other CNS injuries.

We propose that using HPβCD for the prevention of poststroke dementia could improve recovery and increase long-term quality of life in stroke sufferers.

Excessive Sports Training May Have Negative Effects on Mood State