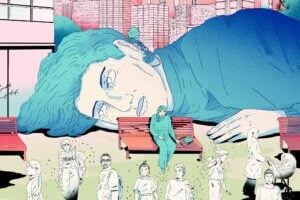 From The New York Times: “The connections between brain opioids and motherly love were first explored by the neuroscientist Jaak Panksepp decades ago. Dr. Panksepp, who died in 2017, told me that when he first tried to publish data connecting brain opioids to attachment, he was rebuffed by a top medical journal. His research showed that morphine, in doses so low that it didn’t cause sleepiness, eased separation cries made by baby animals in multiple species.

The idea that the purest, most innocent love — between parent and child — could have any commonalities with the degradation of heroin addiction was ‘too hot to handle,’ Dr. Panksepp told me. Today, however, decades after he published his work in another journal, what is now known as the brain opioid theory of social attachment is widely accepted.

When people nurture children or fall in love, hormones like oxytocin are released, infusing memories of being together with endorphin-mediated feelings of calm, contentment and satisfaction. This is one way that social contact relieves stress, making bonding a fundamental protector of both mental and physical health. When we are far from our loved ones or sense that our relationships are threatened, we feel an anxiety that is not unlike withdrawal from drugs.”

What It Really Means to Be Obsessive-Compulsive