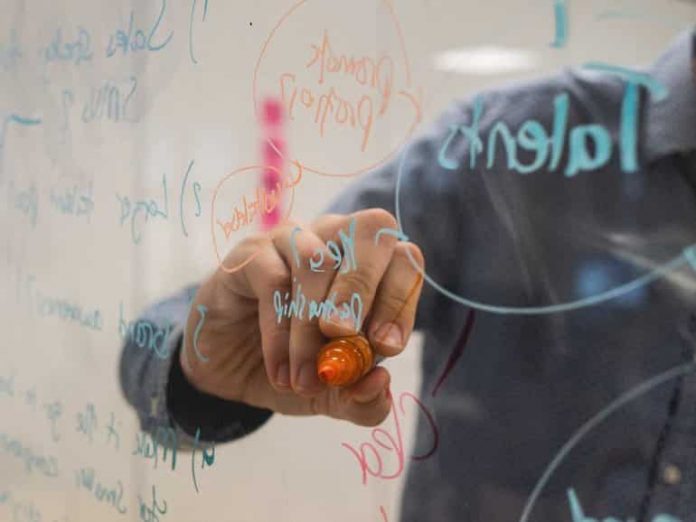 At the fringe between wakefulness and sleep, there is a grey zone where our consciousness fluctuates, our responsiveness decreases and our awareness of the real world starts to dissolve, giving way to spontaneous sensations close to dreaming.

Brief and fleeting, this sleep onset phase remains a mystery that has long intrigued artists, scientists and inventors, who considered the period fertile ground for insights and discoveries.

Among those, German chemist August Kékulé reported how a daydream of a snake biting its own tail revealed to him the circular structure of benzene.

Thomas Edison and Salvador Dali were both so convinced of the creative virtues of sleep onset that they developed a method to catch these brief insights. Their secret was simple: they took naps while holding an object in their hand. The said object would fall and make noise as their muscles relaxed at the transition to sleep, waking them up in time to write down the illuminations occurring during this pre-sleep period.

But is catching creative ideas at sleep onset the mark of geniuses or is it accessible to everyone?

Dozing off to solve problems

To find out if a muse hides at the gates of sleep, we compared the ability of volunteers to solve a problem after a cat nap compared to volunteers staying awake.

Our hypothesis was that individuals who had dozed off would have a higher chance of having a Eureka! moment. But how to measure this in the lab? We decided to use the Number Reduction Task (NRT), in which participants must solve a series of arithmetic problems as quickly as possible following two simple rules.

Finding the solution is easy but tedious: you just need to proceed step by step. The beauty of the NRT lies in a hidden trick, a shortcut that allows the participant to skip most of the steps and find the solution rapidly and effortlessly.

Participants were not aware of the existence of this trick when starting the task. However, if they spontaneously uncover it, we immediately observed a sudden reduction in their solving time, allowing us to precisely track when these Eureka! moments occurred.

We tested 103 volunteers at the Sleep Disorders Department of the Pitié-Salpêtrière Hospital in Paris. These volunteers were first given 60 trials in advance, to get used to the task. A small proportion of them (16%) found the shortcut during this phase and were not included in further analyses. Then, participants were allowed to have a 20-minute break, in a dark room, on a comfortable chair with their eyes closed.

These conditions were chosen to facilitate sleep onset. However, we did not just want people to fall asleep, but we also wanted them to stay in the grey zone between wake and sleep to test the specific effect of this phase on creativity. This transition phase is unstable and usually rapidly turns into deeper sleep, making it very hard to anticipate when to wake people up before they fall into deeper sleep.

To help participants stay at the gates of sleep, we took inspiration from Edison and Dali. We asked participants to hold a plastic bottle in their hand, so they would wake themselves up by dropping it before falling too deeply asleep. At the end of this break, participants were asked to work on 330 new trials of the same NRT task and we monitored the occurrence of Eureka! moments.

Throughout the experiment, participants wore sensors, placed on their head, chin and around their eyes to monitor their cerebral, ocular and muscular activity. From these signals, we could monitor the sleep state of participants in real time and divide the sample into three groups: those who stayed awake during the whole break, those who dozed off (and entered only the first stage of sleep called N1), and those reached the second stage, N2.

So, were Edison and Dali right in thinking that remaining on the brink of sleep provides direct access to our creative self? We found that 83% of participants who dozed off (N1 group) found the hidden rule, compared to only 31% of volunteers in the group who stayed awake.

This three-fold increase in the proportion of Eureka! is all the more surprising given that the difference between the N1 group and the awake group amounted on average to spending just one minute in the first stage of sleep. The creativity boost disappeared in volunteers who reached N2 – only 14% found the hidden rule. It thus seems that there is a fertile ground for creativity during sleep onset: to reach it, one must fall asleep easily but not too deeply.

Edison and Dali were right

Is Edison’s technique efficient to capture this creative sweet spot? We observed a slowing down of brain activity (a marker of sleep onset) just before the drops. Because the sound provoked by the falling bottle woke up participants each time, Edison’s technique could prevent participants from transitioning deeper into N2, which does not seem to benefit creativity.

However, we also observed that participants would sometimes drop the bottle even before reaching N1. These premature drops suggest that this technique is sensitive to early signs of sleepiness and could thus sometimes prevent participants from reaching the creative zone.

In a nutshell, cat napping with an object in hand is efficient to stay in the creative sweet spot, but only if you could reach it in the first place.

If you want to try this method at home, you need to find a light, slippery object. The object must make enough noise when falling to wake you up before you get into a deep slumber.

Once you have found the perfect object, take a short nap with your arm sticking out of the chair or bed. When dropping your object makes you wake up from this creative nap, you might have to wait to hear your muse whisper the solution to the problem you are trying to solve.

Indeed, contrary to the many anecdotes of Eureka! moments occurring right upon awakening, our participants found the secret trick with a delay of about 94 new trials on average. The neural mechanisms by which sleep onset fosters creative insights thus remain mysterious. But one thing is sure – you now have a perfect excuse to doze off during meetings.

Thomas Andrillon is a neuroscientist at the Paris Brain Insitute (Paris, France) and an adjunct research fellow at the Centre for Consciousness and Contemplative Studies at Monash University (Melbourne, Australia). He has received research fundings from the Human Frontier Science Program (HFSP, France) and the National Health and Medical Research Council (NHMRC, Australia).

About this creativity and sleep research news