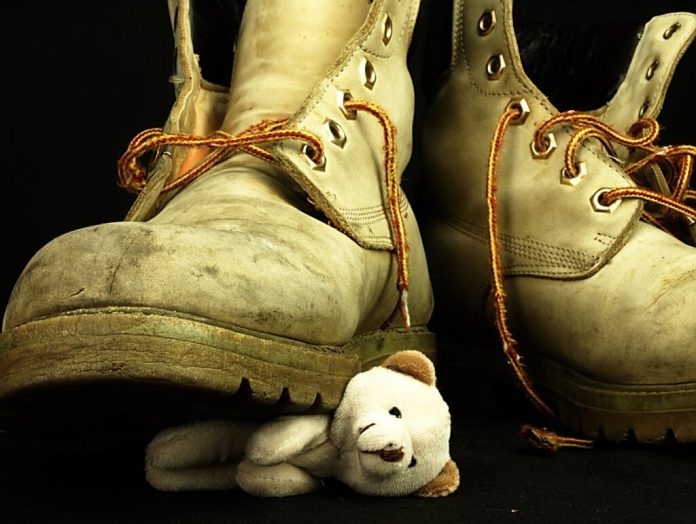 My sister Valerie was just 15 years old when a professional described her as having depression and hypomania. I’m not sure when after that exactly, but certainly while she still in her teens, she—and my parents—were told that she was bipolar, her brain had a ‘chemical imbalance’ and that if she took some medications everything would be fine.

But everything was not fine, and the ‘medications’ she was prescribed sent her down a path of no return, a rabbit hole of pills and labels, an upside-down world where emotion is numbed and denied, where there is no room for the messy stories of human distress to be explored.

Over the years, sadly, the whole story became a self-fulfilling prophesy. And over time, it became increasingly difficult to know what the original problem was. After many traumas—caused by life and by her mental health difficulties which were never fully understood and were treated only with medications—she died by suicide in 2019.

Not in almost a quarter century involved with the mental health services did one person get close to the root of the pain that bubbled inside her like a toxic compound infecting every part of her. That my sister managed this situation with a smile on her face for large parts of it is a testament to her strength and spirit.

The system ‘treating’ her never saw the real her, the pain behind her smile—because it never really tried. It dispensed pill after pill, took blood, gave diagnoses, told her above all else she was ‘bipolar’—the cold syntax of psychiatry; you could say it’s not really compatible with human life.

Ironically, in places my sister’s medical file is littered with words like low self-esteem, worthlessness, hopelessness, guilt. These insights—tapping into her emotional state, rather than the usual analysis of her mood or diagnosis, only appear in the very early days of repeat hospitalisations when she was in her late teens and early 20s.

As the years passed, the narrative in her file changed to ‘long history of Bipolar Disorder’ as though that’s all there was to say. There was no need to look for any other reason for her behaviours. Bipolar—apparently—said it all.

To me though, those words—low self-esteem, worthlessness, hopelessness, guilt—underscore a deep sadness and loneliness within. Do professionals working in mental health services really believe that human emotions such as those are down to brain biology?

I know that today, mental health services will say they are so much better at recognising the ‘bio-psycho-social’ aspects of mental health, but I never saw any meaningful psychological intervention as regards my sister’s care. Was it because she had the label of being ‘bipolar?”

It is now recognised that most people accessing mental health services have suffered some sort of hurt—or what we call trauma—in their lives, so really, as the science of brain biology tells us, they are initially acting just how a person who is stressed out or distressed should be acting—their nervous system is reacting to protect them. However, instead of seeing a teenager in distress, heartbroken and unable to cope with watching her adored father battle addiction, she was seen as having a mental illness.

Seeking answers as to why their usually perfect daughter was acting erratically, my parents trusted what they were being told by the professionals in the room.

And I know people even today might think, “surely that couldn’t have caused her problems?” But the science of adverse childhood experiences is now well established. Problematic parental alcohol use is up there with the most harmful traumas a child can experience, leading to symptoms such as those associated with PTSD.

This is because the child is hit with a range of emotions that it’s impossible to process: confusion, anxiety, loneliness, embarrassment, guilt, and shame leading them to suffer from low self-esteem, depression, and sometimes thoughts of suicide.

Indeed, it might surprise many to learn that getting to the heart of people’s trauma isn’t part of mainstream mental health treatment. It’s something that campaigners have been shouting about for years. Now, joining the voices from the ground that have been calling for reform of mental health for so long are global heavy hitters—the UN and WHO.

This year, the World Health Organisation released a report that really signals the failure of biomedical mental health systems. WHO stated that mental health systems over-diagnose human distress and over-rely on psychotropic drugs to the detriment of psychosocial interventions and that a fundamental shift within the mental health field is required.

Separately, writing about suicide in 2019, the United Nations Special Rapporteur on the right of everyone to have the enjoyment of the highest attainable standard of physical and mental health stated:

“Driven by misconceptions that depression and suicide are a result of chemical imbalances, prioritizing suicide prevention through the treatment of depression is not evidence-based practice, nor is it compliant with the right to health. In fact, there is a growing body of research to suggest that excessive reliance on certain biomedical interventions, including antidepressants and voluntary and involuntary hospitalization, may have a counterproductive effect and lead to increased suicide risk. This is a systemic failure of the imagination that has wasted human and financial resources in the futile pursuit of a panacea, inflicted unnecessary pain and suffering, and costed countless lives….”

And it goes on.

These are hugely powerful messages coming from influential world organisations and, really, they are reflecting things campaigners have been saying for years: Let’s stop medicalising human distress, let’s listen to people’s stories and the growing chorus of expert evidence and research that says mental health systems based on labels and drug treatment are not working and are in fact further harming and stigmatising people.

Faced with a system that offers loss of liberty, drugs with all sorts of nasty side effects, and stigma, is it any wonder that when people hit rock bottom, asking for help isn’t exactly an attractive option? For my own sister, she just could not face any more.

She had been there too many times, been traumatised and retraumatised and hit by the revolving door on the way out. It was a cycle she had endured for 20-plus years: highs, lows, medications, levels, moods, behaviours. Despite this, she survived for so many years, and survived attempts to take her life.

But not one time after any of those attempts did any professional provide a suicide prevention intervention with her or us—her family. The only thing I heard was a deafening silence.

She was no longer a person, just a diagnosis.

This story—that you are disordered, ‘bipolar’ and that medications are the answer—also had the knock-on effect of very early on telling my sister that she was the problem. Her brain, her make-up, her biology. The guilt and shame that this message pushed onto my sister—and indeed our parents—on top of her already low self-esteem was crushing.

This form of misinformation isn’t acceptable really, is it? It certainly wouldn’t be tolerated in any other realm of health care.

To this day, people don’t believe me when I tell them the truth: there is no such thing, really, as bipolar or the chemical imbalance—these are made up constructs to try to explain extreme human behaviours that no one really understands.

Some campaigners go so far as to say that psychiatric diagnoses are responsible for untold iatrogenic harm. I can’t help but agree. Why would you bother delving into your distress and trauma if you are told your issue is a chemical imbalance?

Even more harmful than the labelling is the story that drugs can correct said chemical imbalance. The research now is clear that the vast majority of people who take psychiatric drugs derive little or no benefit from them. Psychiatric drugs are psychoactive substances, like alcohol and heroin. They modify the way the brain functions and by doing so alter thinking, feeling, and behaviour in whomever takes them. How can this be classified as treatment?

What kind of sick society allows its people to be treated this way?

To quote Joanna Moncrieff, Professor of Critical and Social Psychiatry at University College London, and founder of Council for Evidence-Based Psychiatry: “Psychiatric drugs do not target underlying disease or symptom-producing mechanisms; they create an altered state of mental functioning that is superimposed on underlying feelings and behaviours.”

Research shows that stopping antidepressants or lithium can actually cause depression or mania. Some doctors will try to say this is ‘relapse’, but many are now starting to recognise it as very real withdrawal effects that have been swept under the carpet for years.  Again—campaigners call it iatrogenic harm—but given all that is known now about the effects of medication, can it really be called inadvertent harm?

My sister would not have known any of this information, and I doubt it had ever been discussed with her that she could potentially taper off her medication. That would have meant a lot of work to help her deal with her underlying issues, and this was never an option.

Every day for five months before her death, she was walking around largely unmonitored on this cocktail of strong drugs.

So to say she wasn’t herself in the months leading up to her death is an understatement. To be clear, I am not saying these drugs caused my sister’s death, but they certainly played a part and there is no way she should have been walking around unmonitored on such an amount of drugs.

The real tragedy about the issue of medication is that while academic psychiatry knows and accepts the very serious drawbacks and limitations of medication, in general no one tells the people most affected—those consuming these drugs, or indeed their families—and new research doesn’t seem to trickle downstream or alter the course of treatment.

I do believe that my sister’s right to health and life was denied by a system that does not treat people holistically and that medicates human distress over understanding it. And if we want this to change, we need to start demanding it.

Doctors and everyone who works in the field of mental health must understand that until people are told the truth—that their problem isn’t down to a brain disorder or a chemical imbalance—they will not be able to fully recover and flourish.

For me, I would just love some honesty from mental health professionals.

There is so much more evidence now about trauma, brain development, and the harm of psychiatric drugs that there is no excuse for continuing to harm people by ’treating’ them using a medical model of care.

It is no longer acceptable that mental health services do not actively seek to get to the root of people’s trauma—this should be their very raison d’etre, above anything else.

Given all we know, at the very least and as a matter of urgency:

These apply to services across the western world, where mental health outcomes are actually getting worse, not better. We all need to start asking our doctors, prescribers, politicians: With all of the knowledge we now have, with both WHO and the UN calling for an urgent shift and rethinking of services and systems that have failed so many, what is doing nothing called?

Is it willful blindness, iatrogenic harm—or something far worse?